The Reconstruction of Ruins: Principles and Practice 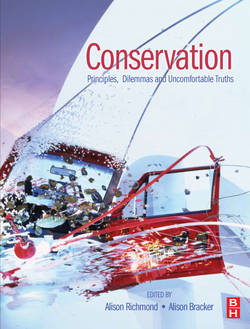 The Reconstruction of Ruins: Principles and Practice

Reconstruction has always been one of the most controversial issues for those with an interest in the material evidence of the past. The urge to make whole again a valued building or work of art that is incomplete is a very strong one, similar in some ways to the urge to improve or correct someone else’s text. Both involve a strong desire to see an object that is complete and integral to one’s own satisfaction, rather than tolerate a creative work that has been diminished in its intelligibility.

The idea that the object may have a greater value in its incomplete state than if it is reconstructed, runs counter to this strong compulsion. Yet that idea has been central to much of the theory of conservation and restoration that developed primarily in the Western world and has subsequently been diffused worldwide.  The core of Western conservation theory is epitomized in the question as to how far restoration should be taken.

Different attitudes towards this fundamental question have given rise to some of the most notorious controversies in conservation. For instance, disagreements over the extent to which paintings at the National Gallery of London should be cleaned, and what methods should be used, led to official Commissions of Enquiry in 1850 and 1853 and remarkably, a century later, were revived following the criticisms by Cesare Brandi and others of what they considered the Gallery’s excessive cleaning of early paintings. Another example is John Ruskin’s critique in the nineteenth century of the “stylistic restoration” of historic buildings that aimed at reviving earlier styles rather than respecting the age-value and patina that a building had accumulated through time. Read more… (download PDF)