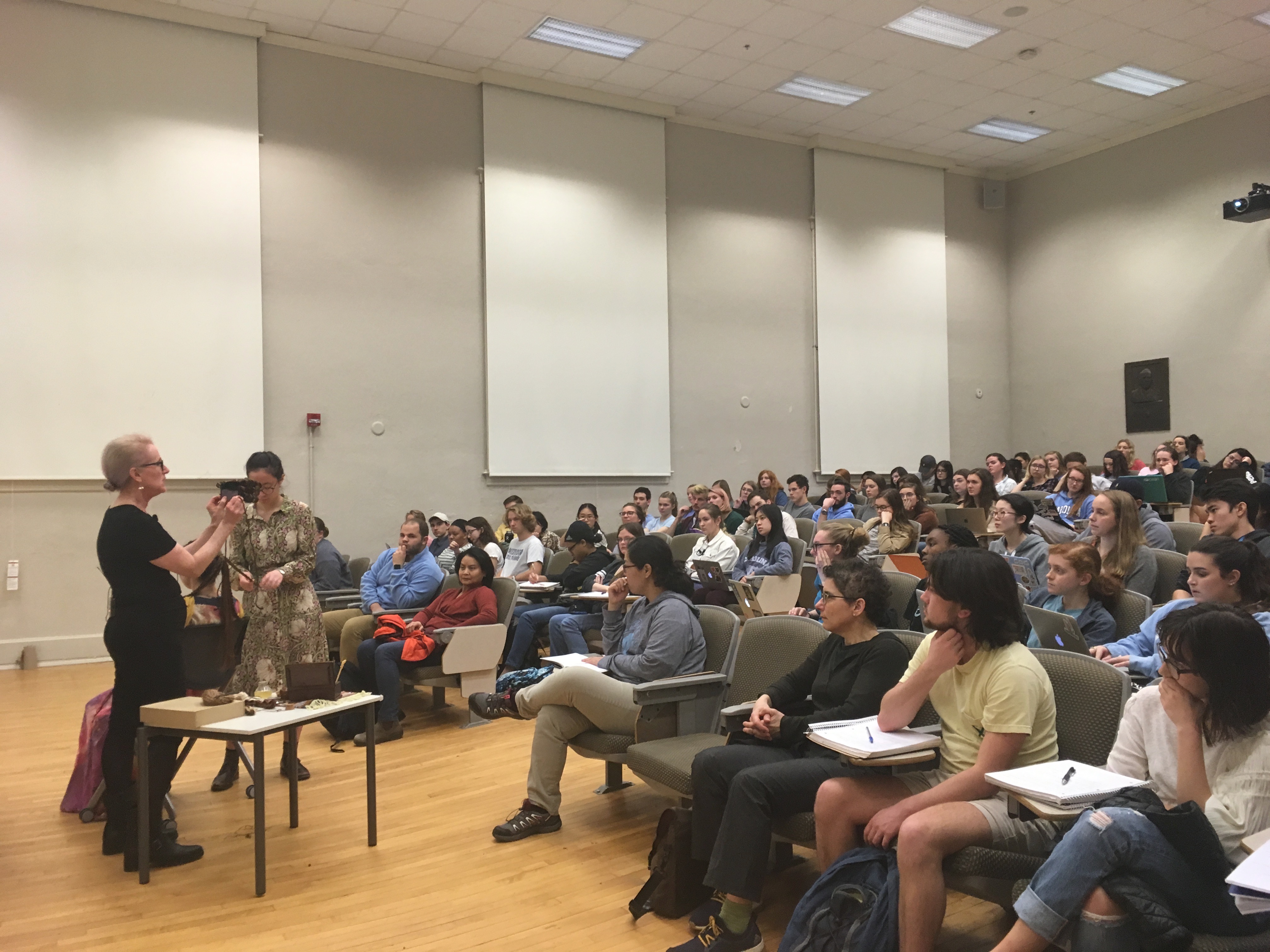 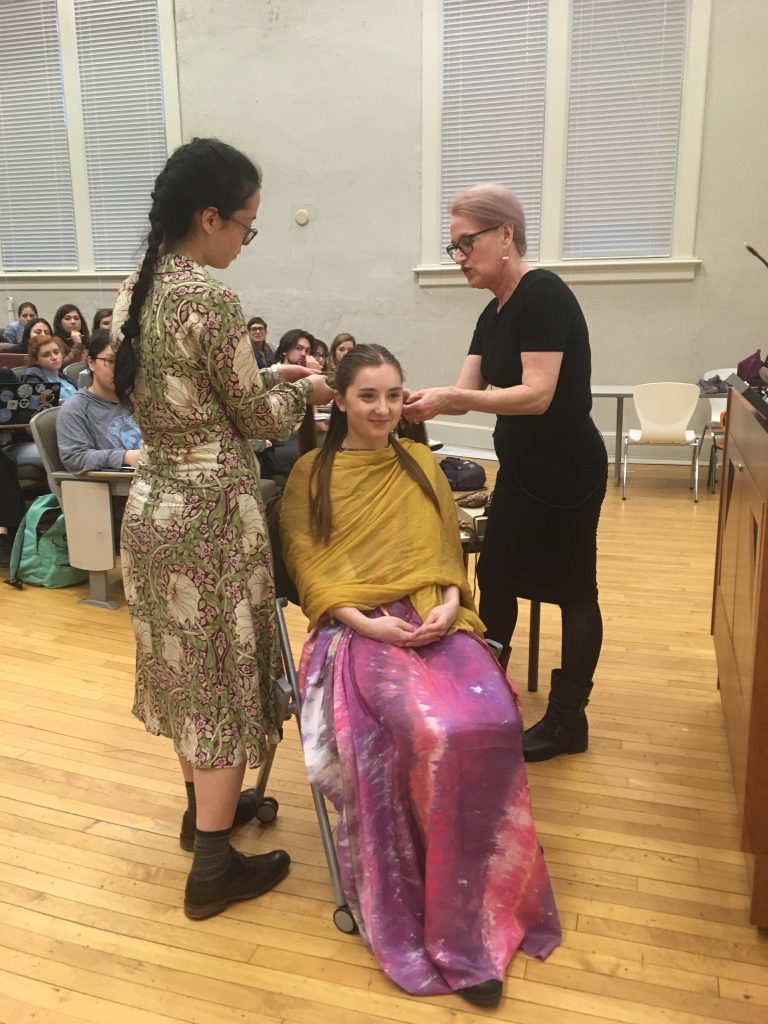 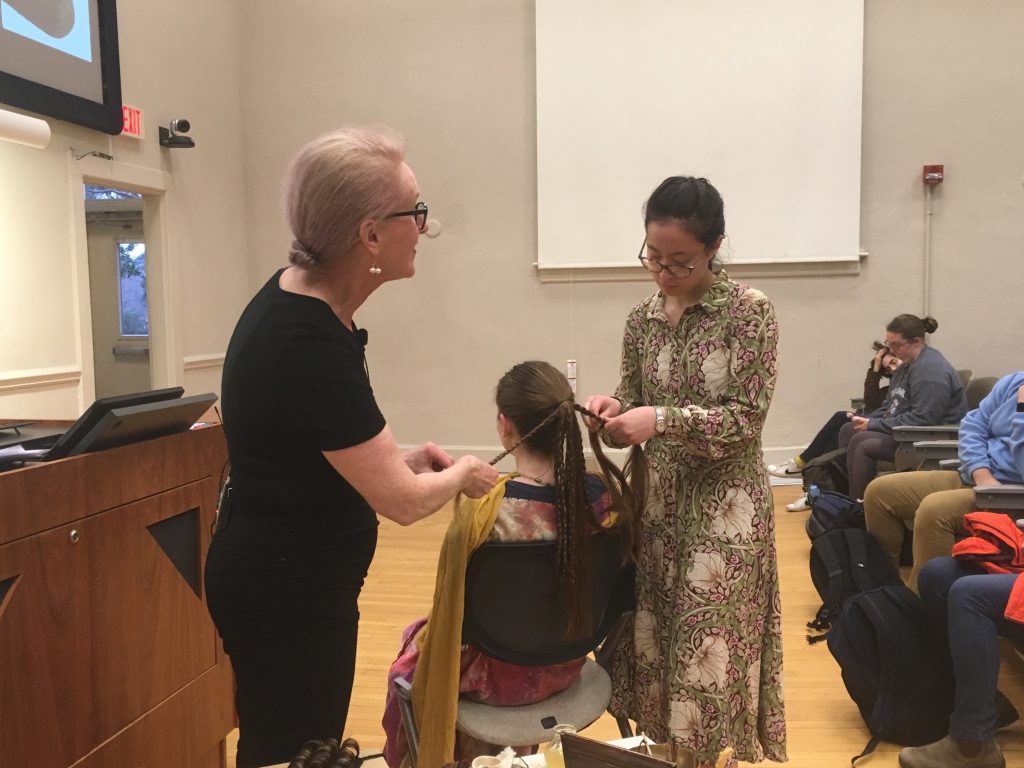 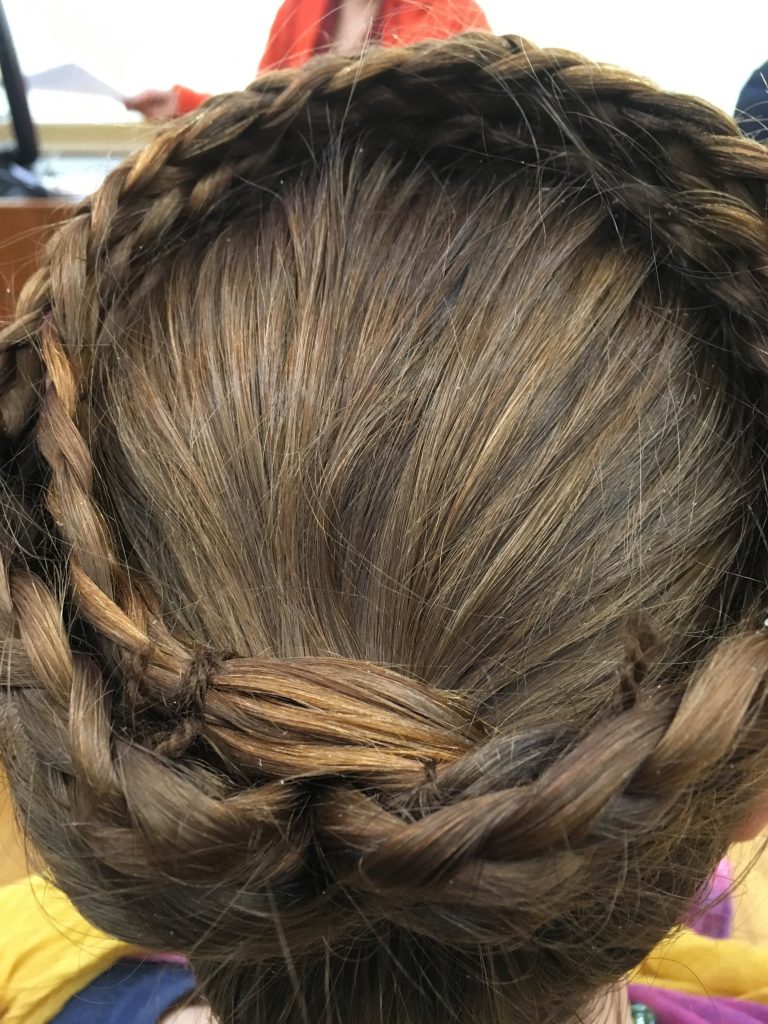 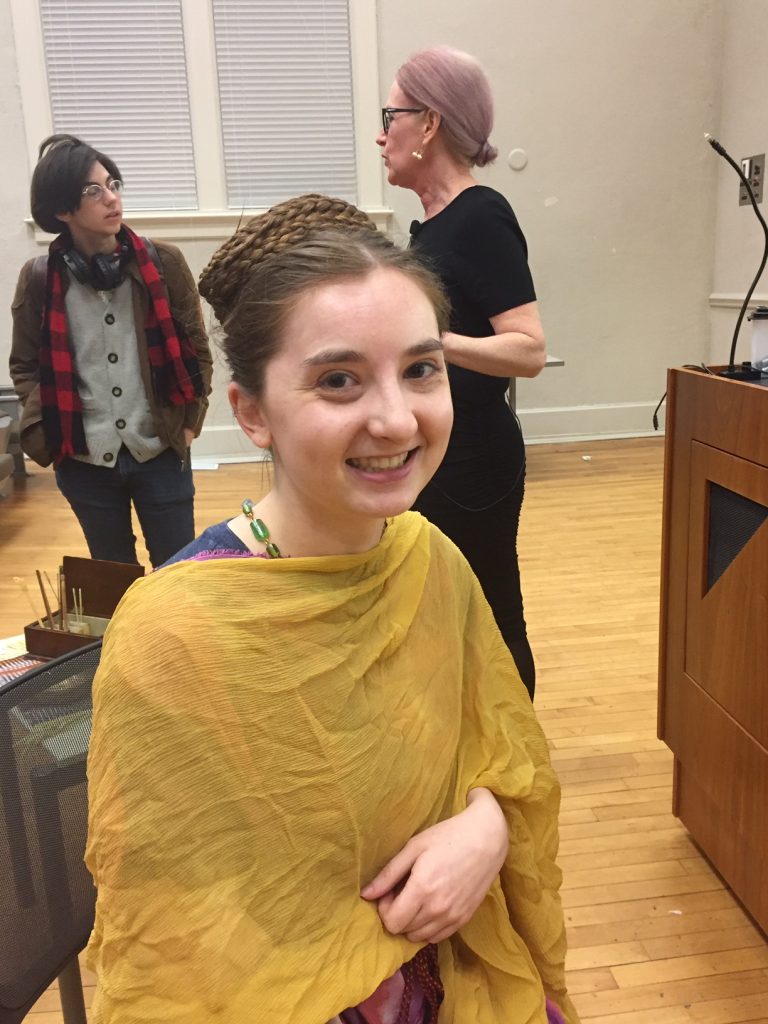 Last spring, several AIA societies were awarded an AIA Society Outreach Grant. One of the recipients was the AIA-North Carolina (Triangle Area) Society who used their grant to host an event called “The Art and Archaeology of Roman Hairstyles.” Learn about the event from their grant report excerpts below:

On February 28, 2019, Janet Stephens, an internationally renowned hairstylist and experimental archaeologist, led an hour-long demonstration of her method for reconstructing ancient Roman hairstyles for a large, diverse audience of students, faculty members, university and museum staff, and several members of our local AIA society.

During the first fifteen minutes of her presentation, Stephens recounted the process of how she came to understand that the key to recreating Roman hairstyles lay in using needle and thread to sew together the different elements of a particular coiffure. After this short lecture, Stephens proceeded to a hands-on demonstration of her method. This part of the event was very dynamic and interactive: not only did Stephens answer questions from the audience while styling UNC Chapel Hill Classical Archaeeology PhD student Bryanna Lloyd’s hair into a late imperial coiffure, but she also encouraged students to assist her in braiding and sewing the model’s hair. During this more informal and dialogic portion of Stephens’ lecture, audience members were able to ask her a wide variety of questions, ranging from how long it usually takes for her to recreate a particular Roman hairstyle, to what kinds of hair products and dyes were available in antiquity, to how she has bridged her professional commitments as a practicing hairstylist with her research as an experimental archaeologist. This lively discussion and the thrill of watching Stephens and her assistants transform the model’s hair into a regal tower of braids made for a delightful, intellectually stimulating evening for all who attended this event.

The society evaluated the event through a post-lecture audience survey.  Here are some of their findings:

Overall, those who attended Janet Stephens’ presentation were very pleased with the event. Several expressed interest in joining the AIA and/or being added to our lecture series mailing list. Although we advertised this event through a variety of media, the most effective way of drawing students’ attention to AIA events and the work carried out by the AIA is still through announcements made in class by the faculty.

The society shared some comments about the outcomes of the event and their plans for the future:

As a society, we have to find a more effective way of reaching out to the larger Triangle Area community. The event with Janet Stephens was a great first step. But it would be great if we could have at least one large, widely accessible event each year. One current idea is to organize another such event that combines elements of a lecture with larger discussion on a topic that has wide appeal.

The North Carolina (Triangle Area) Society had the following suggestions for societies interested in holding a similar event:

Janet Stephens’ presentation on the archaeology of Roman hairstyles is a crowd-pleaser and a great way to draw people from different walks of life to the AIA. As long as one has the funds for her speaking fees, setting up such an event is easy. One needs only to contact her and set up a date for the lecture or workshop. Janet brings all her own materials and if one chooses to hold a hands-on workshop (up to 50 people), she will provide everything participants will need for playing the role of ornatrix. For those who might be interested in organizing an event with her, the AIA can provide you with her contact information.