Welcome to the Little Bay Plantation Archaeology and Heritage Project 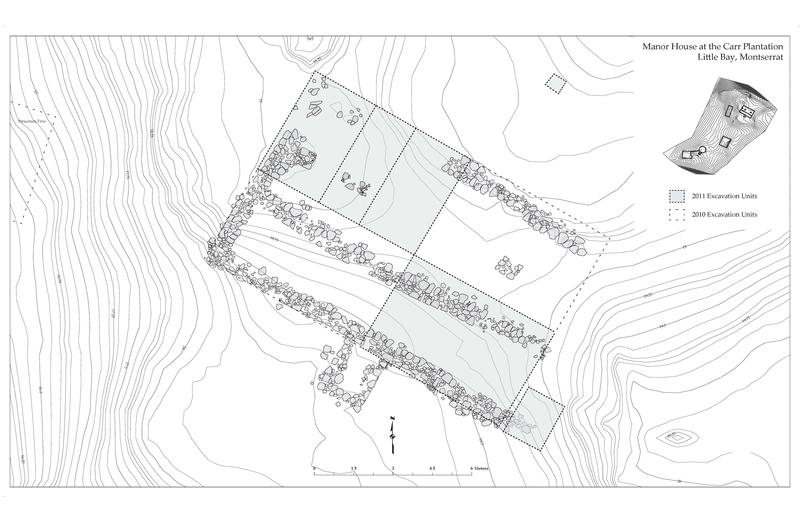 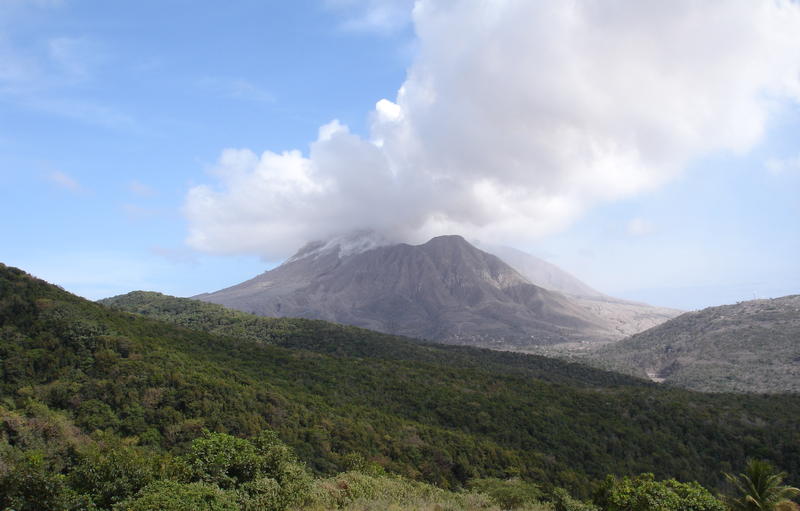 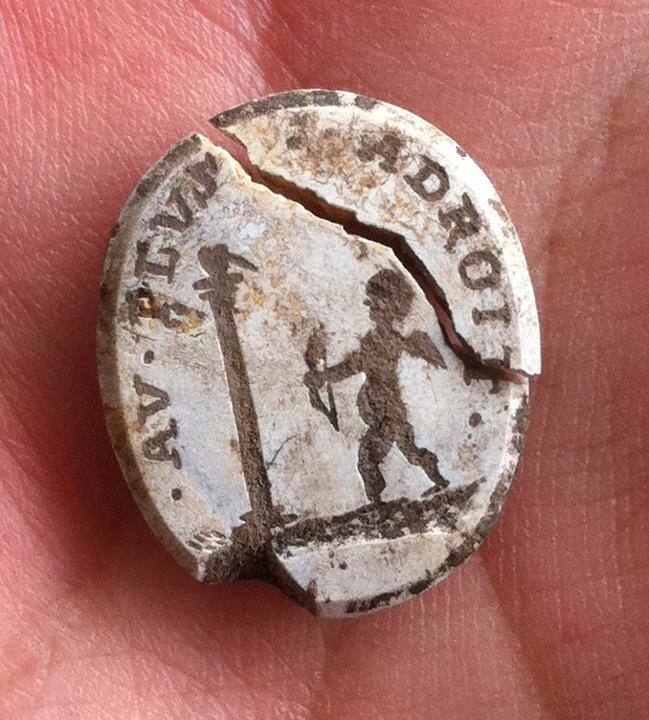 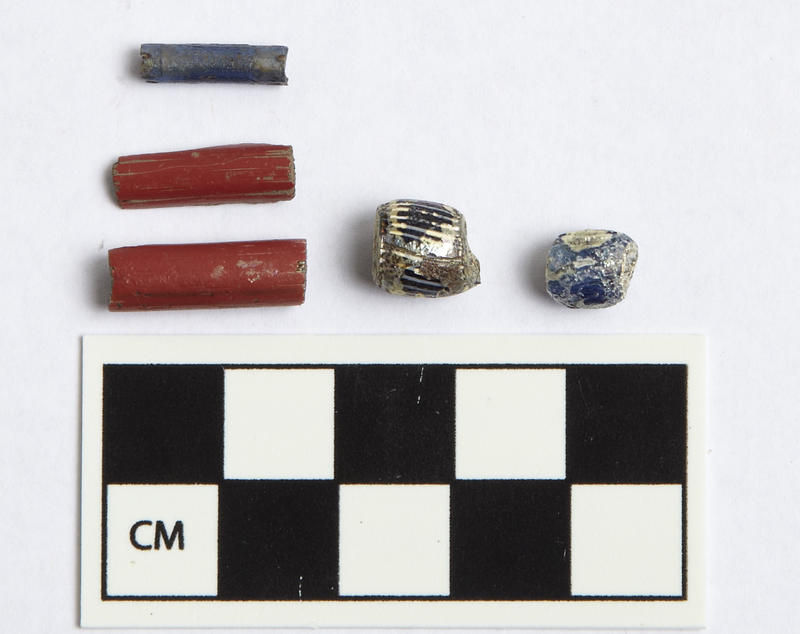 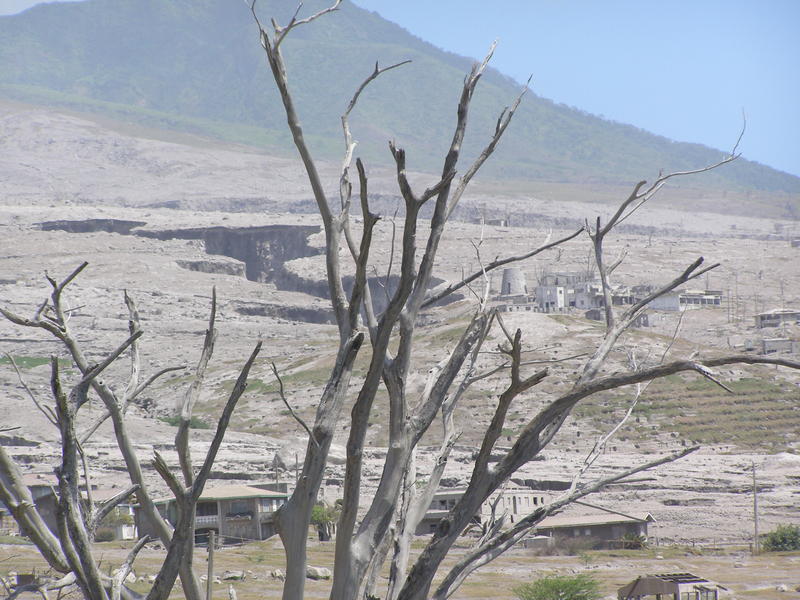 The Little Bay Plantation Archaeology Project was awarded an AIA Site Preservation Grant in February 2012 in support of our collaboration with the Montserrat National Trust to protect the nascent Little Bay Plantation National Heritage Site from urban development and to increase community involvement in its preservation through education and interpretation. Our two-year project will expand our summer program in archaeology for students from the Montserrat Secondary School, augment site interpretation, and better protect the site that lies in the center of an on-going urban development project by erecting protective fencing.

Captain William Carr, a Scots-Irish colonist, had by 1673 established a house and sugar plantation at Little Carr’s Bay, or “Little Bay” as it is known today, on the eastern Caribbean island of Montserrat in the Leeward Islands. Sugar and cotton cultivation sustained by enslaved African labor continued on the plantation until the end of 18th century when the plantation house, then owned and occupied by the Piper family, burned completely ending residential occupation at the site.

The Little Bay site has yielded a significant find of 18th-century artifacts attesting to the daily life of the bachelor Piper brothers, William and John, who maintained a small-scale sugar works whose remains include a cattle mill and boiling house. It is believed the sugar works ceased operation subsequent to the fire, and the agricultural emphasis of the plantation then shifted to cotton and lime juice production in the 19th century as the island economy transitioned following emancipation. By the early 20th century, cattle had replaced agriculture on the estate and the plantation’s physical remains disappeared from prominence.

A devastating volcanic eruption rendered the southern two-thirds of Montserrat, including its capital city Plymouth, uninhabitable in 1996. Little Bay, located in the north, contains one of the few natural harbors remaining on the island and has become the focal point of intensive island efforts to build a new urban center to house government operations and serve as a tourism center for the island.

Since the 1980s, archaeology has been instrumental in the exploration, development and preservation the Carr/Piper site, located in the heart of these development efforts. This archaeological work provided the impetus to initiate government and National Trust land grant negotiations to protect the site and in 2007, 1.4 acres of the plantation—its industrial core and the planter’s residence—were subsequently deeded from the Montserratian government to the Montserrat National Trust for the development of a national heritage site.

Since then, the Little Bay Archaeology and Heritage Project has partnered with the Montserrat National Trust to help preserve, interpret, and develop the site as a national cultural heritage resource through continuing archaeology, education, and community engagement. Funded by modest grants from Montserrat citizens, in-kind contributions from the Montserrat Government, the University of Tennessee, Knoxville and Boston University, and an anonymous donor with ties to Montserrat, the Little Bay Archaeology Project has embarked on a multi-year research project that combines archaeological excavation with archival research, oral history recording, and a comprehensive GIS mapping program intended to lay the groundwork for site interpretation and the development of a public heritage site.

The AIA Site Preservation Grant will give us the opportunity to expand our secondary school education program. Between our 2010 and 2011 field seasons, 12 Montserratian secondary school students have participated in excavations at the site. As a part of our two-year grant project, the secondary school program will be augmented to include a classroom and site interpretation component and development of a site walking tour, to enhance the student’s hands-on-experience in the field. The AIA grant will be instrumental in providing the Montserrat National Trust with another vehicle for community public outreach and much needed revenue for the Trust through heritage tourism.

Find out more about the Carr Plantation and the AIA Site Preservation Grant work being done there.