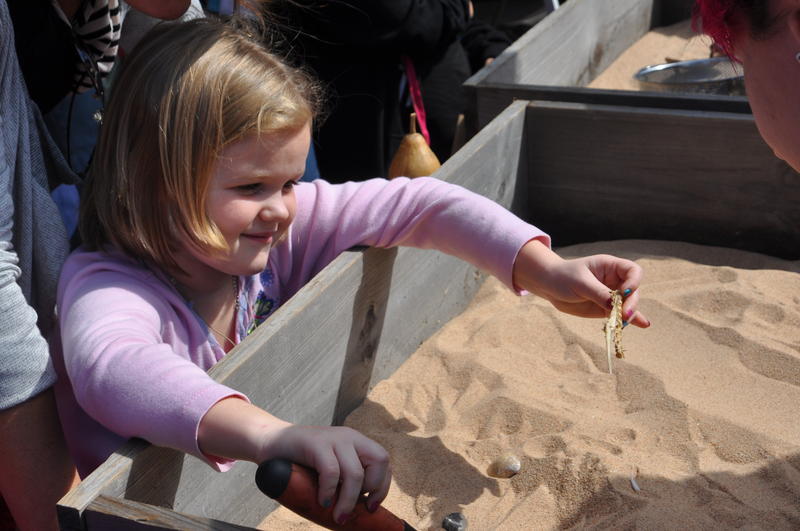 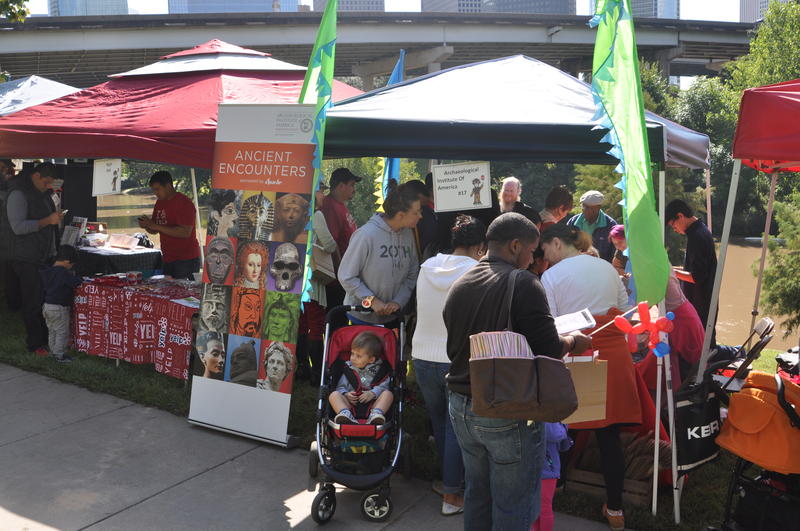 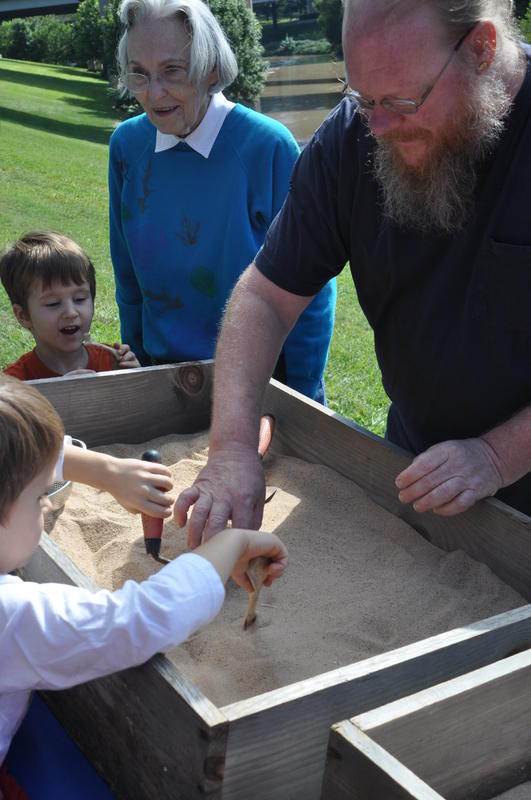 The AIA Houston Society hosted an event on International Archaeology Day in conjunction with KBR Kids Day where kids could learn about the ancient history of Houston! Held on Buffalo Bayou on October 19th, “Ancient Encounters” saw more than 700 kids and parents at their booth for the festivities. Kids learned about the first people who lived along the same banks of the bayou that the festival was held. Activities included excavations at a dig box, a bone sort to determine early Houston habitants’ diets, and crafts to make a Cherokee trade bead necklace or a mat. They also handed out coloring sheets about Houston’s early history.