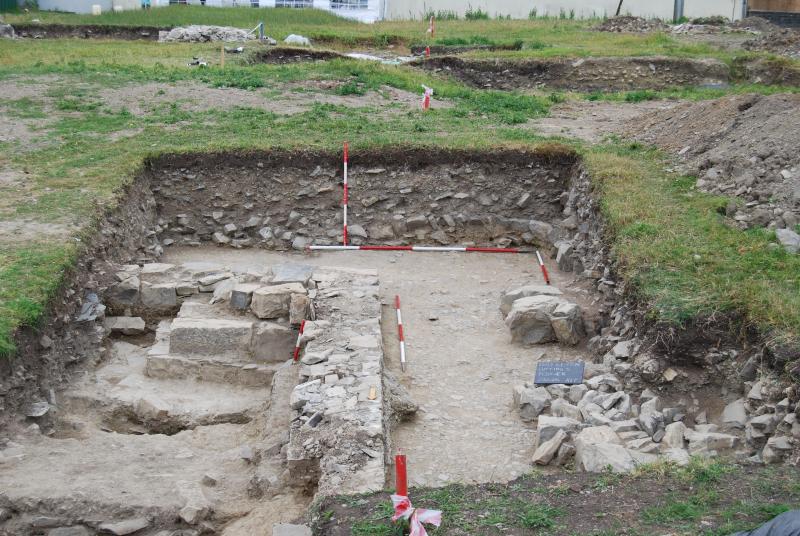 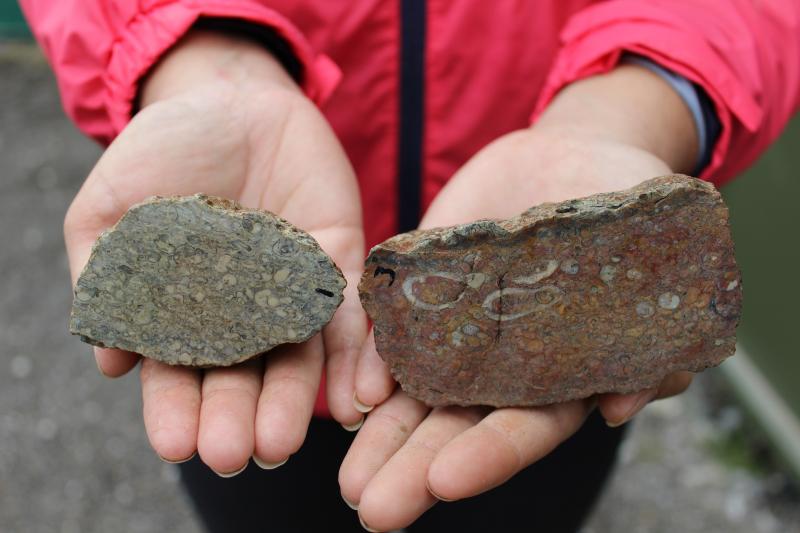 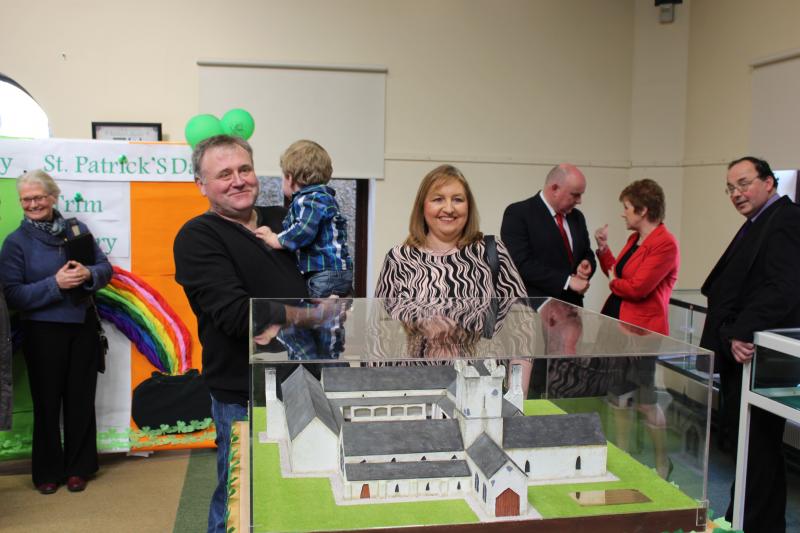 The 2015 season, our sixth season here at Black Friary, began on May 12th with a launch in the local library in Trim, followed by tea and cake and lots of talk. This event was attended by the IAFS team and the students as well as members of the local community. Project director Finola O’Carroll gave a presentation about the site and a summary of previous seasons. This included an overview of the community project and especially the Blackfriary social history project, designed by co-director Dr. Denis Shine, which we are hoping will capture the local community’s memories of the area of the Blackfriary as they knew it before excavations began. After this, a lecture was given by local woman, Áine Kelly Bonnefoy, who now lives mostly in France but is completing her masters at Trinity College Dublin. She spoke about Geoffrey de Genville, the Savoyard who was the Governor of Trim, Lord of the Liberty of Trim and husband of Matilda de Lacy .This is the man who founded the Domincan Friary in Trim, and who’s patronage of the friary (culminating in his retirement there), shaped the site which we are excavating.  Her lecture really brought to life the complexity of the man who effectively served two kings, Henry III of England and Louis IX of France and was very much enjoyed by all who were there. Many questions were asked, especially by the 18 students from Ohio State University, who attended the first four weeks of the field school, accompanied by Prof. Alison Beach. She joined us for her third season bringing students with her to work on site and Professor Beach has expressed interest in joining with us on researching surviving manuscript evidence that refers to the Black Friary.

Earlier in spring we had another event in the library attended by both the local community members of local government and one of the TD‘s (Teachta Dála or member of parliament) for this area. The occasion was the unveiling of a scale model of the Black Friary made by local man Joe O’Donoghue. The model is a great visual aid to all to help visualise what the Friary would have looked like and it’s a very useful tool for schoolchildren and our students alike.

Excavations began the week of the 11th May and the starting point for this year was shaped by the state of knowledge we arrived at last year and the progress we had made within our overall research design. We now have a clear understanding of how the cloister was laid out and constructed and of the materials used in its make-up. Last season we were able to excavate in detail the interior of the south west corner which was reinforced by a stone built buttress; the buttress was built on three well-made steps concealed below ground. It’s apparent that the corners were deliberately strengthened to take the weight of the lean-to roof which covered the cloister walkway or ambulatory and rested on top of the cloister arcade and against the wall of the adjacent buildings. This is important as we have no evidence for buttressing or reinforcing along the 20m long sides of the cloister wall.

We know that the ambulatory is exactly 2.4m (8 feet) in width on all four sides, and that the cloister wall, which is quite low, was brought to the same height around the whole circuit, making it possible to have the beautiful Purbeck marble arcade constructed on the wall. Some fragmentary pieces of the arcade stones have recently been thin-sectioned by Dr. Stephen Mandal, IAFS, and we are awaiting confirmation that the stone is indeed the very particular form of limestone known as Purbeck marble.

The form and decorative elements of this arcade are being carefully examined from the many surviving pieces, and Prof. Roger Stalley (Emeritus Professor, TCD and Dr. Danielle O’Donovan are joining with us in assessing this cloister’s significance in the development of architectural styles from the early thirteenth century onwards in Ireland. Cuttings 5, 7 and 8, were backfilled early on this season. These contained the southwest and northwest corners of the cloister (Cuttings 5 and 7) and a section of the cloister wall was excavated in Cutting 8.