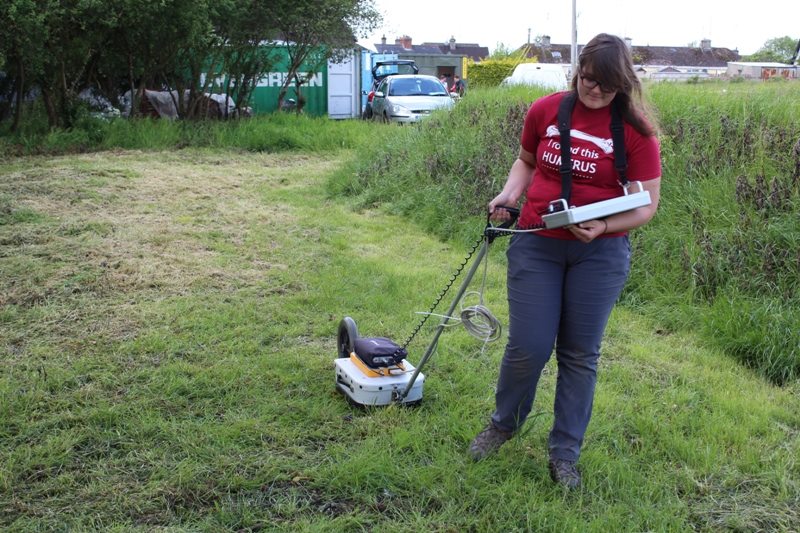 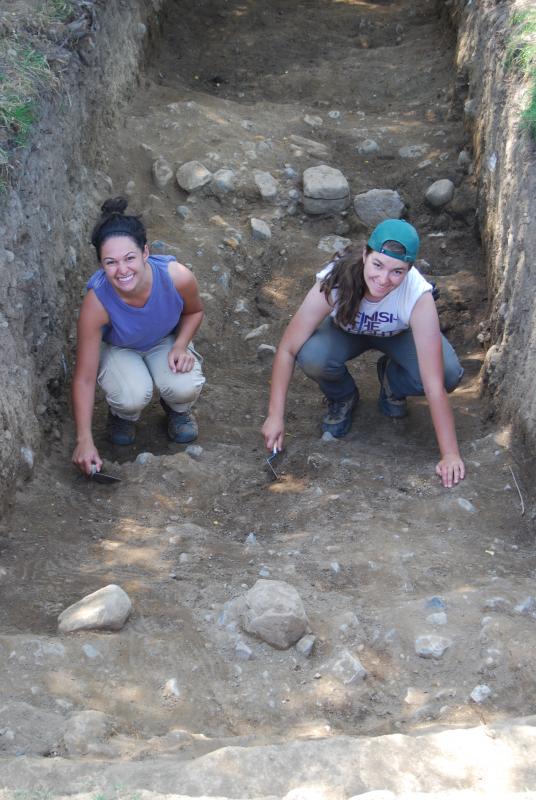 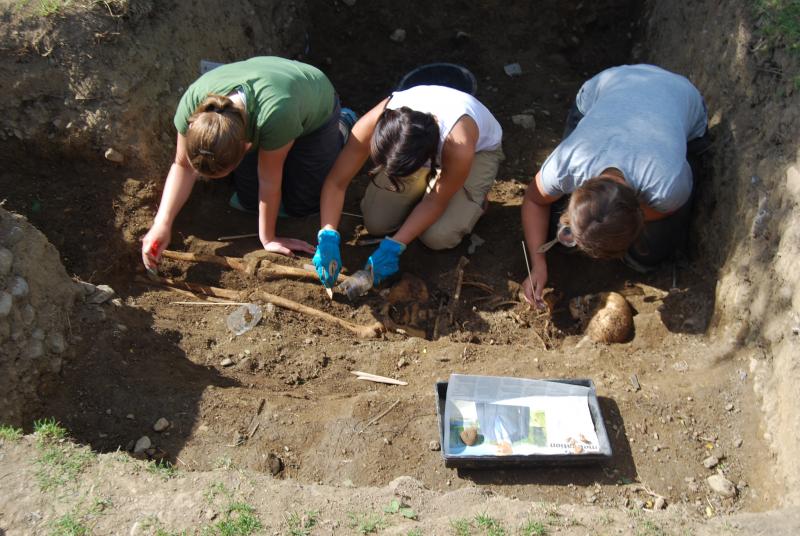 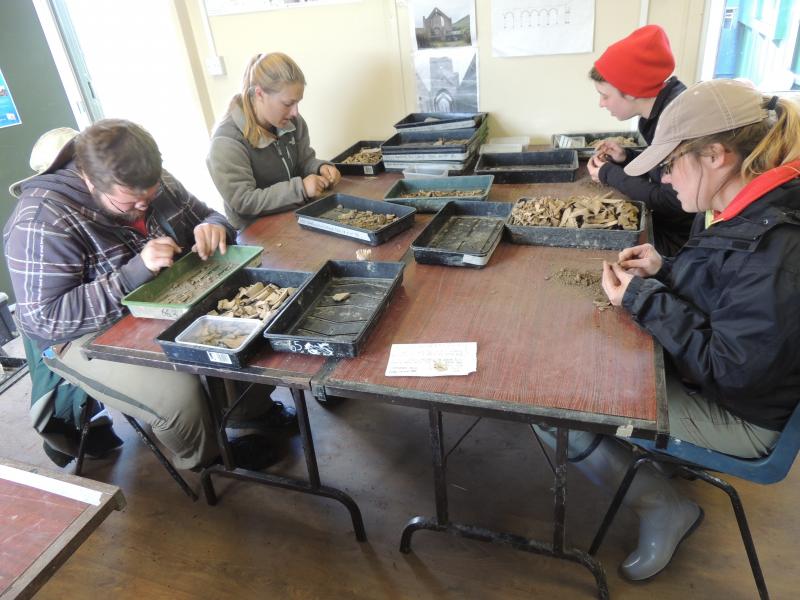 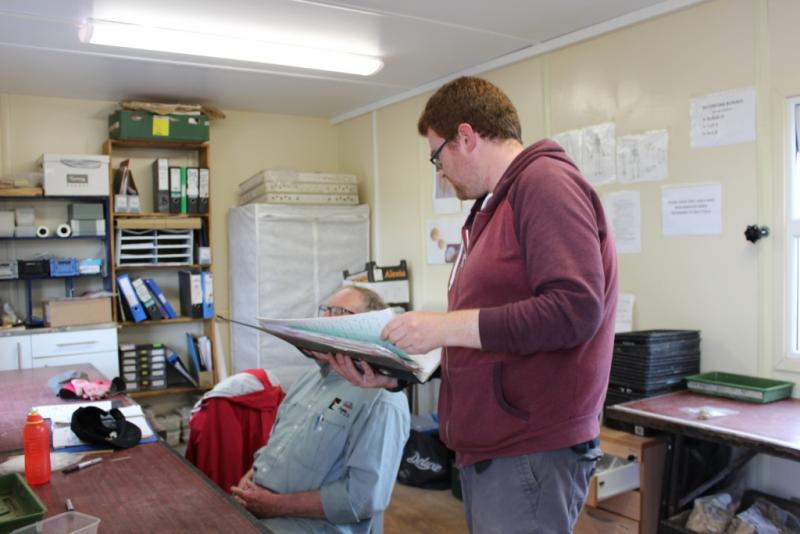 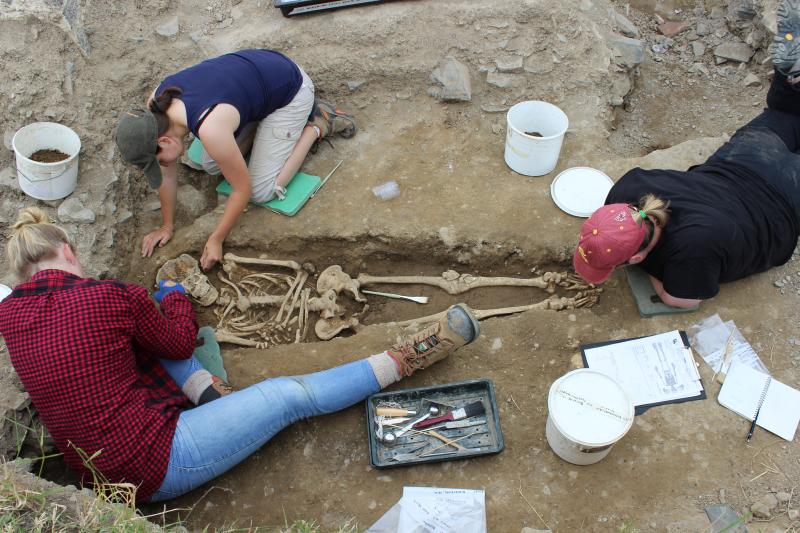 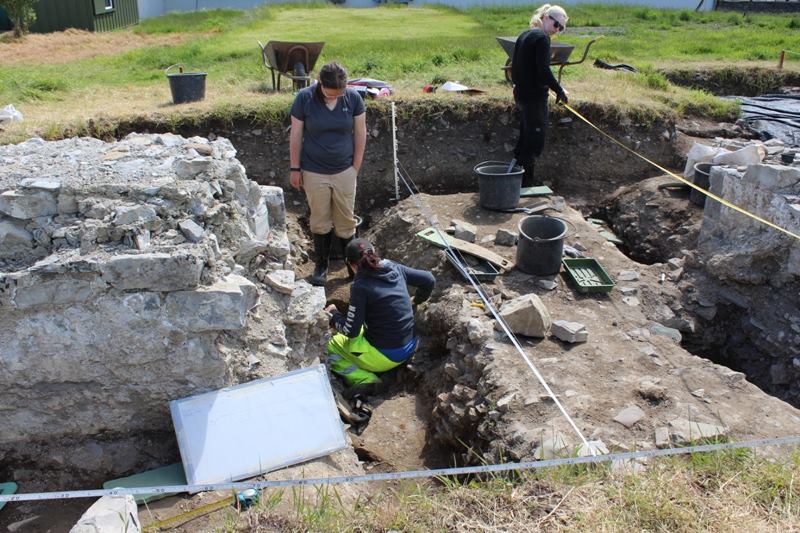 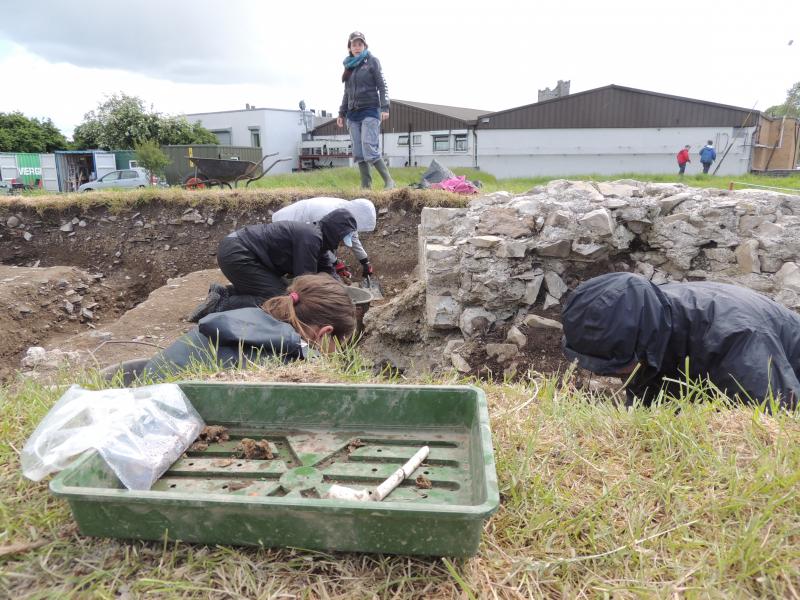 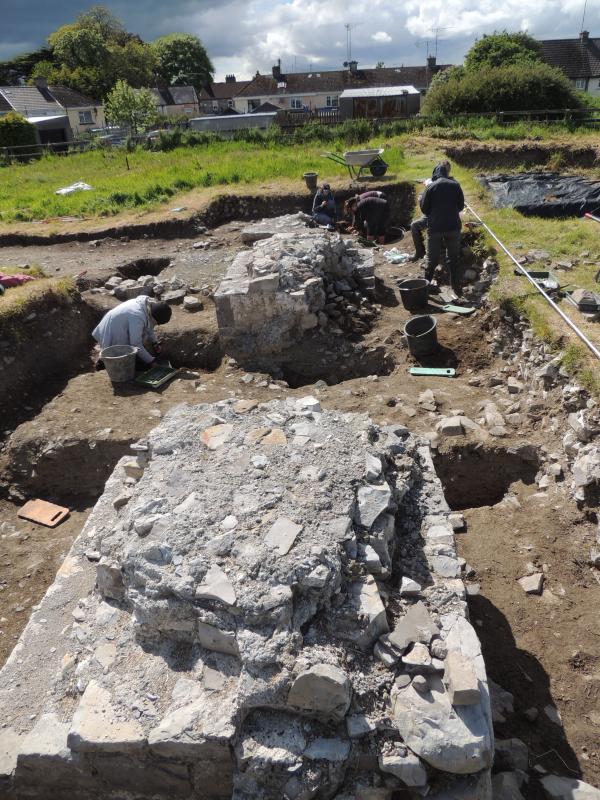 We were fortunate enough to have ground probing radar (GPR) done by one of our alumni Ashely Green. She was able to do GPR over the cloister, north range, and the line of town wall this past spring. There may be stone lined graves within the cloister and there is a possibility that there is some sub-surface feature along the line of town wall. Excavations last season to confirm the line of the town wall and ditch took place in two cuttings, Cuttings 11 and 12, and while there was no trace of it in Cutting 11, we found a ditch (bigger than a field boundary ditch, but not much above 4m in width) in Cutting 12.

We believe that this marks the line of the town defences, but we need further confirmation. Interestingly, the cemetery of the Black Friary which lies to the south of the church extended into this area and surprisingly, burials were found on both sides of the ditch, not just on the Friary side.

This season we are doing a lot of work processing our artefacts found to date, preparing them to be sent for conservation and to specialists. This work is being supervised in the main by Mark McConnon with Bairbre Mullee, of IAFS. The range of materials from the Friary includes painted plaster and stained glass as well as artefacts, such as those made of pottery, metal (both iron and copper alloy), and bone which speak to the daily life of the friars themselves.

We are very happy with our progress to date in this 2015 season. Cutting 10 is actively under excavation again; this contains part of the south aisle of the church with the remains of a doorway which would have given access to the cemetery. There appears to have been a metalled path leading from the doorway out to the cemetery and part of this path and the graveyard itself are contained within the cutting. So far this season two burials have been excavated or exposed in this cutting.

]” title=”Students preparing a burial in Cutting 10 for a mid-ex photograph.”>

We have also concentrated on excavating the foundation trench for the south wall of the side aisle of the church. While excavating here two post holes approximately two metres apart were found cut into the trench. They were of similar size, around 13cms in diameter and at least 25cms deep; neither has been fully bottomed. It was surmised that they were possibly for medieval scaffolding and were set out either side of the wall and buttresses.

This will be able to give us a level for quarrying activities. Last season a burial was excavated beneath the metalled path leading from the doorway. Now work is being done to defining the limits of this path so that it can be removed to discover if there are any more burials lying beneath. This should give us the opportunity to assess the burials close to the church, to see how densely or not they may have been, and whether burials were stacked, as they were within the church. This information can then be compared to the sample of the cemetery we excavated in Cutting 11 last season.

We are now working on the really interesting issues of the phasing of the church. From our work in previous seasons in the area of the south aisle of the church (in Cutting 10), we suspect that it was built in at least two stages, with the south aisle belonging to a later phase. This may have been built at the same time as the bell tower was inserted, probably in the 14th century.

The question of whether or not the graveyard extended up to the exterior of the original south wall prior to the construction of the south aisle, is important as if it did it would mean that the aisle was built over a section of the graveyard. We are also looking at how, if the aisle is a later construction, this was managed in a practical way so as to leave an arcaded wall between the original nave and the new south aisle, where the south wall of the church had been.