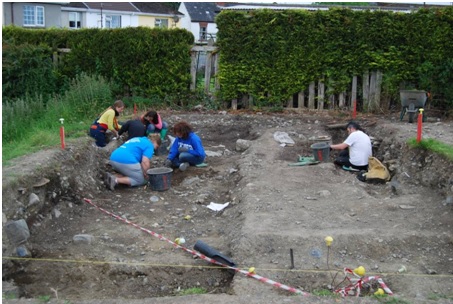 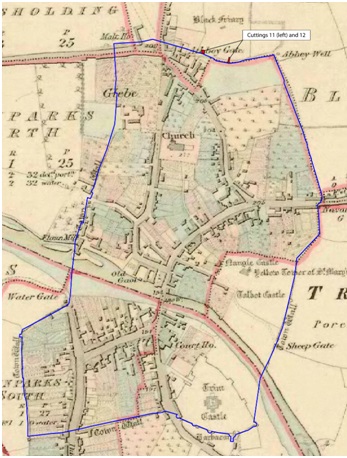 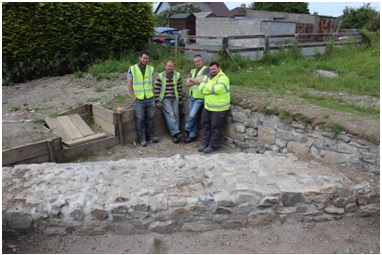 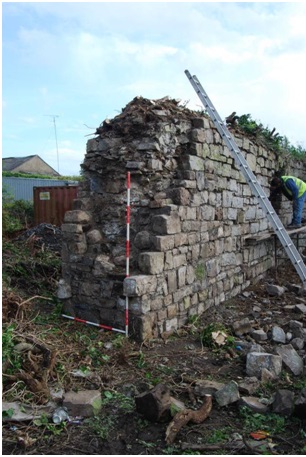 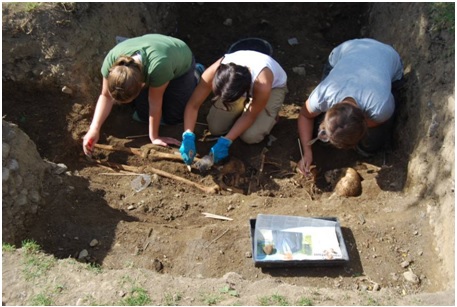 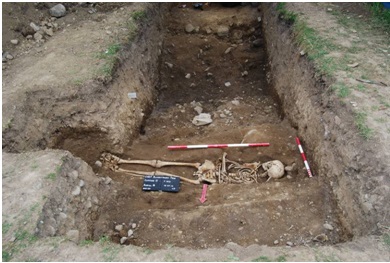 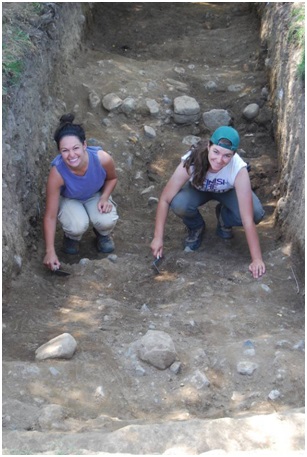 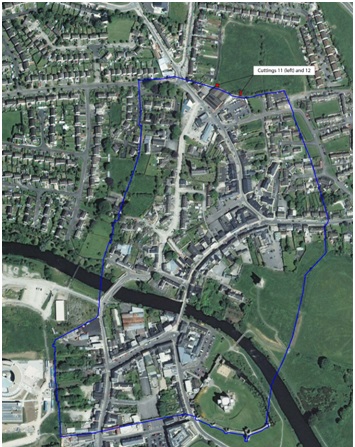 In this, the fifth and final in a series of blogs reviewing work undertaken to date on site, Project Co-Director Dr Denis Shine outlines the work undertaken in Cuttings 11 and 12 – in search of the limits of the cemetery and the town wall.

Cuttings 11 and 12 were excavated in 2014, to assess the southern limits of the site, which potentially delimit the friary cemetery as well as the medieval town of Trim.

As early as November 2008, archaeological excavations in advance of laying electricity cables on Railway Lane (behind you and to your right) indicated that burials from the cemetery of the friary extended this far south and west from the southern limits of the friary buildings. Since that date IAFS have excavated over 93 burials from the site; Cutting 11 (at the time of excavation) contained the southernmost investigated burials at the Black Friary and strongly indicated that the graveyard extended to the southern limits of the medieval precinct. In total six inhumations were documented in the cutting.

Unfortunately, Cutting 11 is mostly remembered by the excavators for huge amount of disturbance and dumping (including end of use cars!), which were synonymous with some of the neglect the site had suffered from in the recent past. Mechanical excavations, undertaken to bury rubbish, had dug into and badly truncated the burials within the cutting. Sometime in the 18th or 19th centuries a field boundary was also dug through this cutting, and through the burials in Railway Lane. The cutting has now been re-imagined as an archaeological learning zone for kids – where they might explore the world of an archaeologist! Excavations in progress in Cutting 11 in 2014

The location of Cutting 11 was also of interest due to its proximity to the medieval Athboy Gate (which had already been confirmed by previous archaeological excavations in the town), as well as potentially the medieval northern limit of Trim Town.

The town defences, as they survive today, are a result of various periods of building, the earliest record of which is a so-called murage grant to Geoffrey de Geneville in 1290 for the purposes of defending the town. The medieval defences are thought to have enclosed an area of approximately 49 acres or almost 20 hectares, and have a circumference of 2km, based on the surviving remains, archaeological evidence and cartographic sources.

However, unlike the other cardinal points the northern limits of the town have never been clarified. It has been argued that the northern line of the town wall could run along the Black Friary townland boundary – the southern boundary of the site as it exists today. No evidence of a ‘town wall’ was encountered in either Cuttings 11 or 12. However, a ditch (measuring 5.5 by 0.9m) – provisionally dated by the recovery of a single sherd of medieval pottery – was recorded. While the ditch is smaller than one might expect of a town boundary it is possible the friary boundaries themselves could obviate the need for town defences, i.e. within the precinct a smaller town boundary would suffice. Interestingly, a single burial was cut through the backfilled ditch on its north side and two more burials were positioned directly south of the ditch, on the town side. These burials indicate that if the ditch served as a boundary between the town and friary, once it passed out of use the friary’s cemetery extended into the ‘town area’. A planned programme of excavation, survey and radiometric dating will help clarify the potential significance of this boundary.