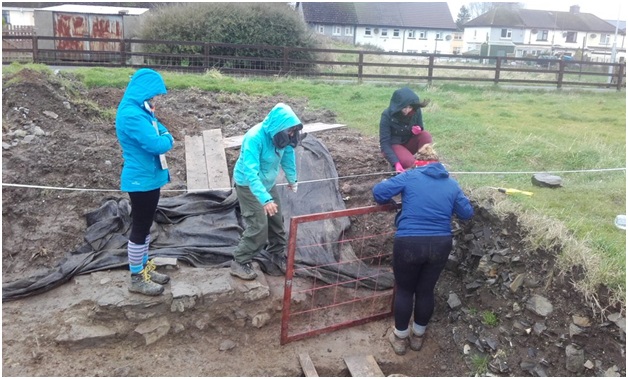 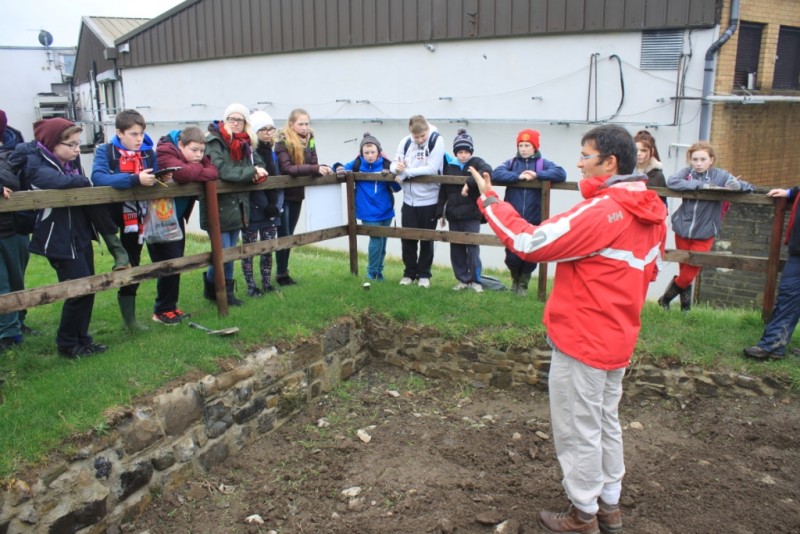 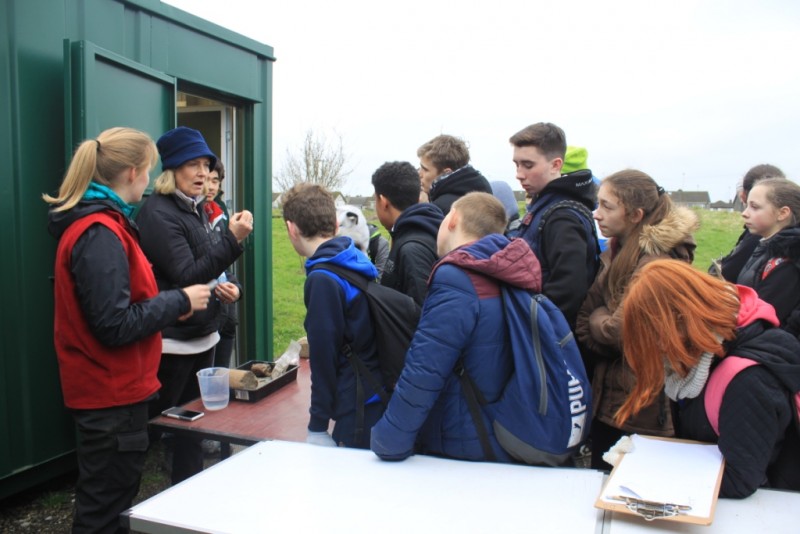 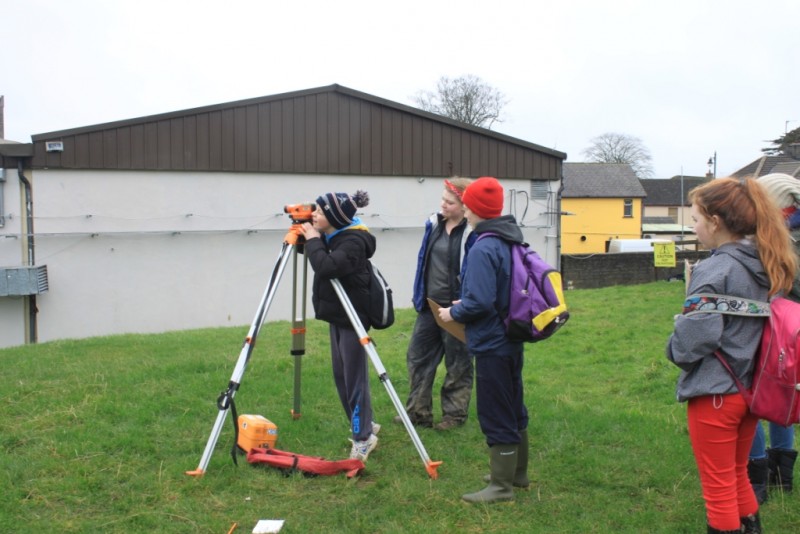 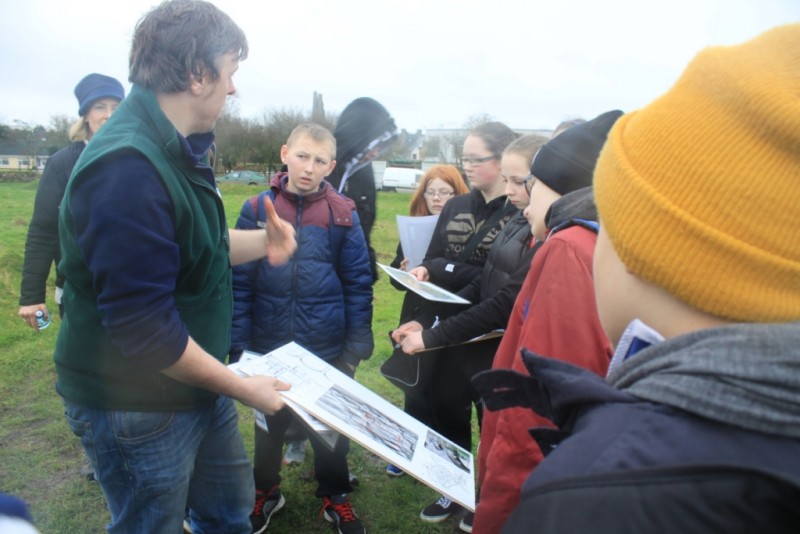 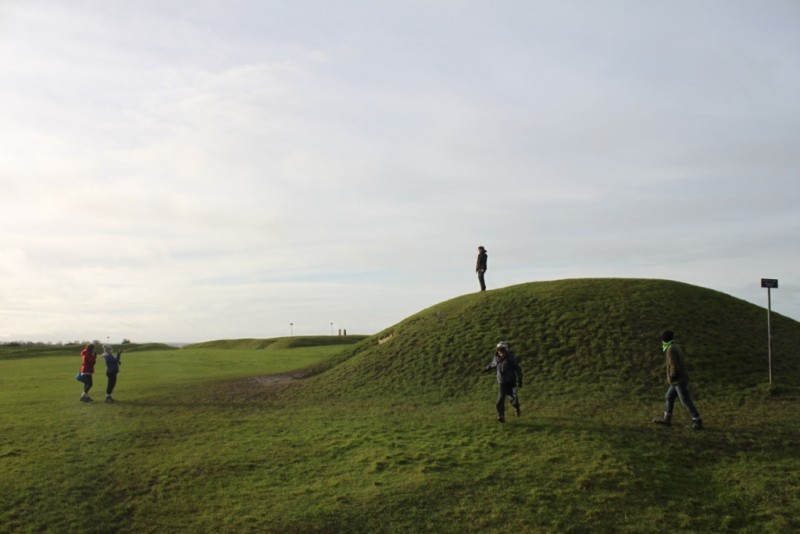 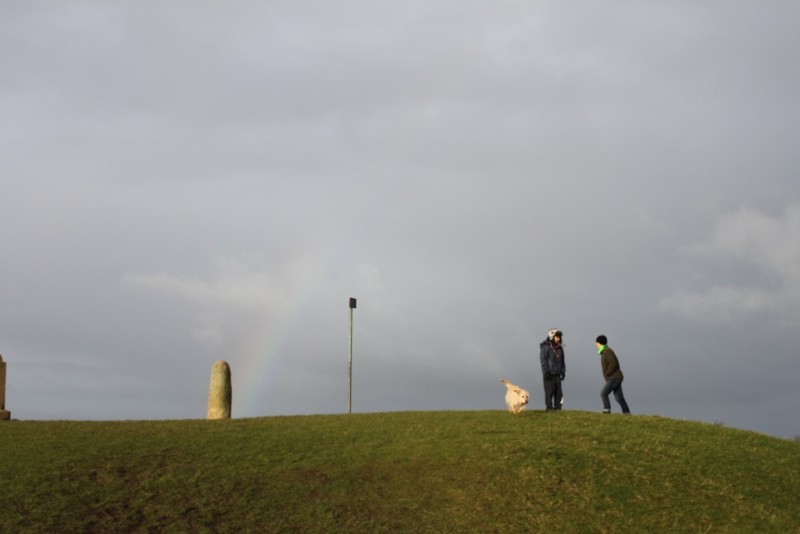 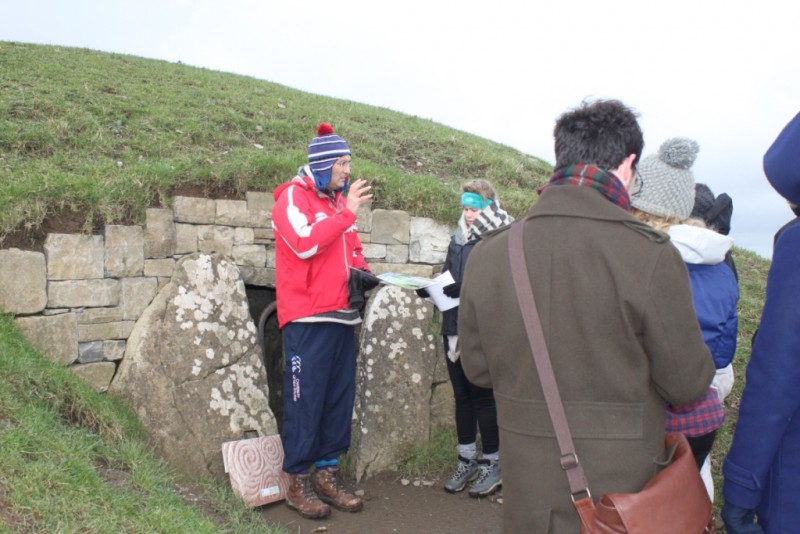 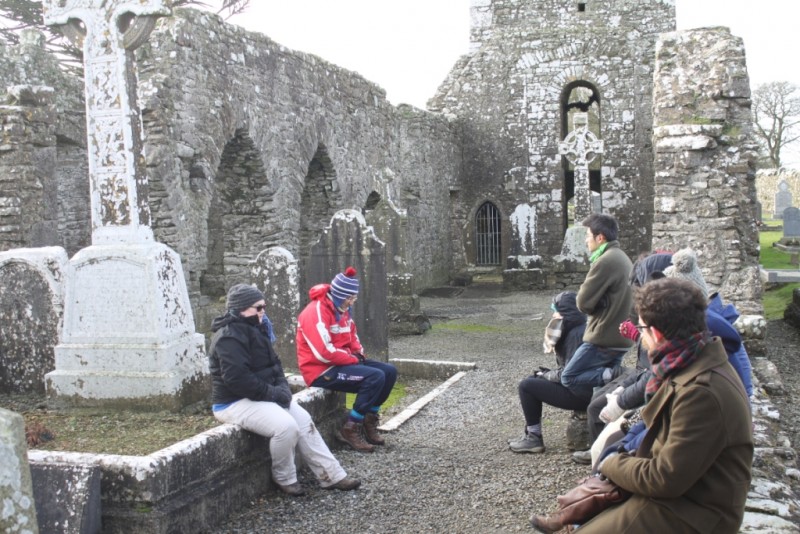 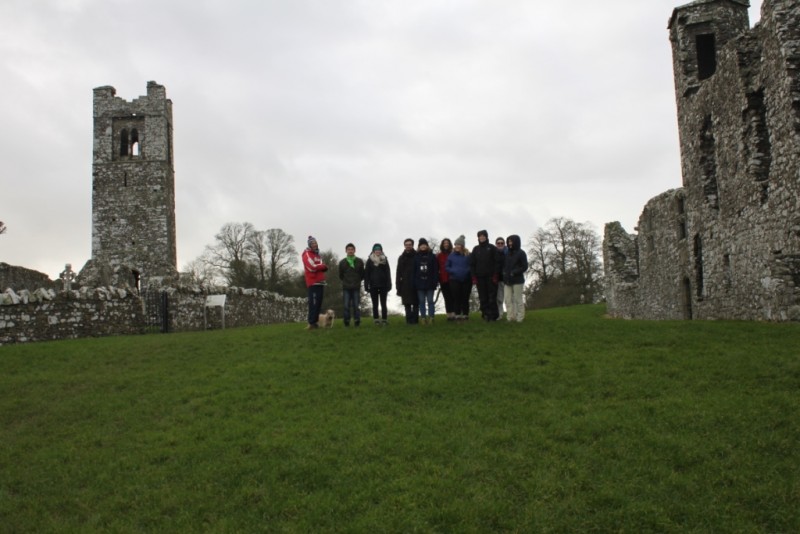 In the sixth in a series of weekly blogs, IAFS/Learn intern Lauren Nofi reports on progress in cuttings 6 and 9, on a field trip to the Hills of Tara and Slane, and on the last week of the IAFS winter program.

Howdy! As usual, another super busy week on site! This week I spent most of my time in Cutting 9. Cutting 6 crew took the rubble pile to the east of the chapter house bench down a bit and discovered a neater rubble spread which seems to correspond to the chapter house wall. They proceeded to plan this new rubble spread.

Cutting 9 is much smaller cutting in area, but it extends quite a bit deeper. This trench was an attempt to find part the church’s foundation trench, and included areas which had once been under the church floor. There is a stone plinth, which was only one course of stones until we took down the surrounding area’s soil and found a second course directly under the first and visible in section. Cutting 9 also produced several burials over its excavation but we did not ourselves discover articulated bones. Articulation simply means the skeletal material is mostly in place as if a body had been buried and no further movement occurred. We did find some disarticulated bone during our work, which was not necessarily a surprise. The level of the masonry was also approximately the level of a burial whose roughly east-west-oriented grave cut was still visible. Just beyond this, our predecessors had dug a sondage to fully reveal another burial with the head to the north. A sondage is simply a trench or pit within an existing excavated area to further investigate a feature or to better reveal the stratigraphy of the area. We cleaned the walls and base of the sondage, hoping to gather more clues about the relationships between the disturbed soil of the burials (a sandy sort of soil), the disturbed soil of the masonry, and the seemingly undisturbed natural soil (a yellow-orange clay). East side of Cutting 9; note the stones at centre-top, sondage at bottom. There is a still a burial in-situ underneath the padding below the wooden planks.

As of yet, we still aren’t quite sure of the possible foundation trench nor the exact deposition processes of the disturbed and undisturbed soils. We might do a little more work in this cutting next week, hoping to answer a few our questions. The last thing we did in this cutting this week was plan it. You should all be pros regarding the planning process after last week’s blog, and our students were absolutely on top of the process, producing a plan quickly and accurately.

This week we also had secondary school students join us for an afternoon – 52 of them plus two teachers, all the way from New Ross, County Wexford (the southeast). Our students used this opportunity to show our visitors how our site functions. They were able to present and discuss some of the finds we have discovered onsite, as well as explain the use of equipment like levels. It was really great seeing young students attentively listening to our own students and both groups getting excited about the work we were doing. Our students really were at the top of their game for this event. Learning to dig in cutting 11 – our specially designed teaching pit

For our field trip, we had a chance to explore the Hill of Tara and Hill of Slane. Tara has been known throughout Ireland as the original seat of the High Kings, but in truth the site’s history stretches back at least 5000 years. The hill features a complex of monuments from Neolithic through the Iron Age and into the medieval period. There are circular earthwork enclosures, many described as Iron Age ringforts, as well as at least one major causeway. A Neolithic passage tomb (the Mound of the Hostages) stands almost hemispherical out of the earth near the summit of the hill. Many of these features are associated with specific figures from folklore and history (some of the well-known mythological cycles seem to date from the Iron Age but survived orally until the medieval period when they were collected and tweaked by medieval Christian scribes). There is also a stone called Lia Fáil which is called the Stone of Destiny and is said to call out when the rightful king of Ireland steps upon it. Unfortunately the students and I had no luck claiming the entire island as our kingdom, since the stone remained silent. Luckily the stone was placed in relatively recent times on the actual summit rather than near the passage tomb where it originally stood, which afforded us an incredible view extending in all directions of the Irish countryside. The gang at the Mound of the Hostages

The Hill of Slane also was used in multiple periods, and may have been used in prehistoric times. By the medieval period, however, an abbey or friary stood on one the mounds on the hill. The site is associated with fifth-century Saint Patrick, who was said to have defied the High King by lighting a fire on the hill while the king’s rule demanded only Tara have a ceremonial fire. Norman use of the site is also present in the landscape, as well as the presence of monastic architecture beyond the early modern period. I just want to share one little inside joke from our crew: “lad poses.” This trend of particular positions in photographs spread throughout our entire group very quickly, and now there are dozens of photographs of students at various Irish sites and in our own trenches, posing with dramatically folded hands or outstretched arms pointing off in other directions. It’s a bit hard to describe, so have a look below for our proudest and possibly dampest moment: We had a really successful week, and it’s going to be incredibly quiet with our students all heading home. This was an incredible four weeks, and we can’t thank the students enough for all the hard work they undertook. Safe travels home, everybody!