Dispatches from the AIA – January/February 2013 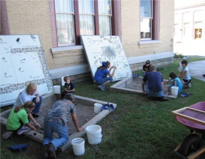 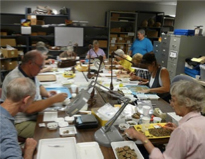 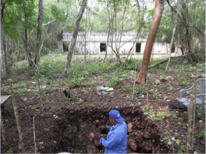 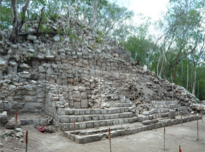 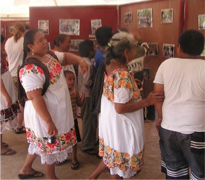 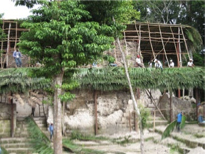 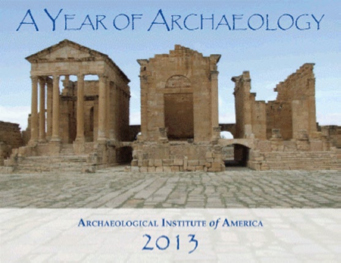 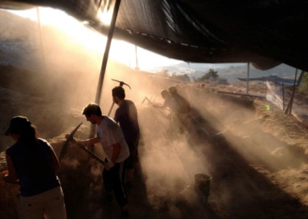 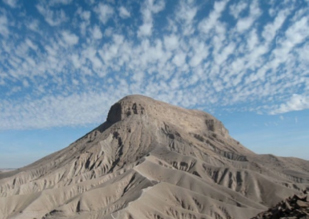 The second National Archaeology Day was celebrated on October 20, 2012. On that day and throughout the month of October, the AIA, its Local Societies, and 125 Collaborating Organizations from around the world held more than 275 events in 49 U.S. states, eight Canadian provinces, and six other countries (Australia, Egypt, France, Germany, Ireland, and the United Arab Emirates). While final reports from the various events are still being collected at the AIA Boston office, organizers estimate from preliminary accounts that at least 40,000 people participated in these activities, making it the single largest outreach event ever organized by the AIA.

National Archaeology Day programs generated a significant amount of media attention. By the beginning of November there were at least 500 mentions of the celebration in newspapers and newsletters and on websites and blogs. This year also saw a marked increase in the use of social media, including Facebook and Twitter, both to publicize the month’s activities and to report on events as they unfolded at various locations around the world.

The numbers indicate a significant increase in participation over last year’s inaugural event (when there were 14 Collaborating Organizations, 114 events, and approximately 15,000 participants) and emphasize the growing popularity of National Archaeology Day. The rise in the number of Collaborating Organizations is especially noteworthy as a testament to the commitment of archaeological organizations around the world both to cultivating a better understanding of the discipline and to informing people about the significance of archaeological heritage. The growing interest outside North America speaks to the global appeal of an event of this nature. We look forward to expanding this program in the coming years and are currently planning the 2013 National Archaeology Day. To read more about the event, please visit www.nationalarchaeologyday.org.

This past November, the AIA Conservation and Site Preservation Committee announced the winners of the 2013 Best Practices in Site Preservation Award: George Bey, Professor of Anthropology at Millsaps College, for his work at Kaxil Kiuic, Mexico, and Cristina Vidal Lorenzo and Gaspar Muñoz Cosme of the University of Valencia and Polytechnic University of Valencia, respectively, for their joint work on the La Blanca Project, Guatemala.

The award, established in 2011 by the Conservation and Site Preservation Committee, is given to individuals or projects recognized by their peers for doing exemplary work in the field of site preservation and conservation. Through the award, the Committee acknowledges these individuals or projects for their work, supports their efforts financially, and publicizes their methods and techniques as best practices in the field.

Bey’s work at Kaxil Kiuic demonstrates that archaeology can be used to preserve not only cultural resources but also endangered environments. Bey spearheaded Millsaps College’s efforts to purchase and develop 4,500 acres of land in Guatemala. Bey’s efforts helped transform the land into a bio-cultural reserve. Additionally, Bey developed a method of conservation that focuses on preserving standing architecture while monitoring and mitigating any damage that occurs to the buildings through natural processes. The project’s archaeological conservation goes hand in hand with the monitoring and preservation of the natural environment around the site. To promote the long-term preservation of the site, Bey has implemented a number of educational outreach activities, including site visits and conservation training, for local communities.

The La Blanca Project, codirected by Vidal and Muñoz, also takes a holistic approach to site preservation by combining scientific research and the conservation of cultural heritage with economic development and educational opportunities for local communities. Vidal and Muñoz developed a conservation program that was integrated at all stages of research, ensuring the protection and stabilization of archaeological structures and resources before, during, and after excavation. In addition to archaeological conservation, Vidal and Muñoz are working to maintain the integrity of the natural landscape surrounding La Blanca by preventing deforestation and conducting research on the paleoenvironment. An interpretive center built as part of the project informs visitors about this important site and the project’s conservation efforts. The project’s outreach programs provide conservation training, educational workshops, and a tour guide training course to help ensure the long-term preservation of this archaeological site.

Through their extensive and com- prehensive work at Kaxil Kiuic and La Blanca, Bey, Vidal, and Muñoz have shown a level of commitment to site preservation and community engagement that we hope will inspire many others in the field. To find out more about their work and the AIA Site Preservation Program, visit www.archaeological.org/sitepreservation.

The AIA has released a 2013 calendar, A Year of Archaeology, which features photos from the 2011 Photo Contest and of AIA Site Preservation funded sites. The calendar can be purchased from the AIA online store: www.archaeology.org/shop. All proceeds from the sale of this calendar will go directly to the AIA Site Preservation Program, which works to safeguard the world’s archaeological heritage for future generations through direct preservation, raising awareness of threats to sites, education, and outreach, as well as by facilitating the spread of best practices. Join the AIA in preserving the past by purchasing the calendar!

The second annual AIA Online Photo Contest was held in October 2012. Contestants submitted photographs that were divided into four categories: Archaeological Sites, Excavation, Field Life, and Fun Finds. AIA members and the general public were invited to vote for their favorite photos. Thousands of votes were cast over a seven-day voting period. A winner was chosen from each category and each winner received a complimentary year of AIA Membership.

Google has released a new application for smartphones called Field Trip that includes AIA’s maps of “Archaeological Sites in the United States and Canada” and an “Archaeological Heritage Map of Ireland,” in the Historic Places & Events category. As stated on the website for the product,“Field Trip runs in the background on your phone and when you get close to something interesting, it pops up a card with details about the location. No click is required. If you have a headset or are Bluetooth connected, it can even read the info to you.” The data is sorted into several categories: Architecture, Historic Places & Events, Lifestyle, Offers & Deals, Food Drinks & Fun, Movie Locations, Outdoor Art, and Obscure Places of Interest around you.