This is an online event Jabalpur India. 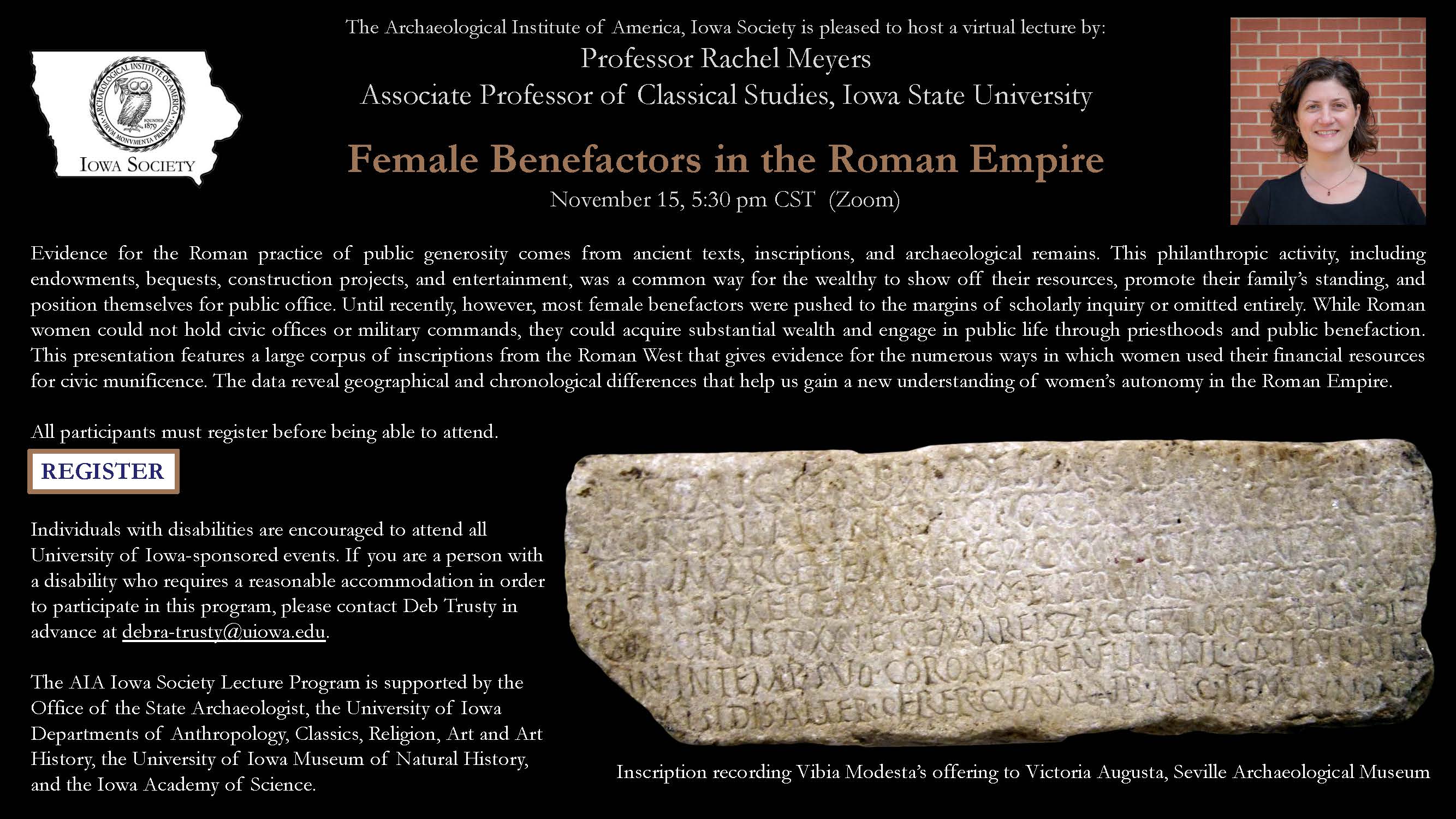 The Iowa Society of the Archaeological Institute of America presents: “Female Benefactors in the Roman Empire” by Dr. Rachel Meyers (Iowa State University)

Evidence for the Roman practice of public generosity comes from ancient texts, inscriptions, and archaeological remains. This philanthropic activity, including endowments, bequests, construction projects, and entertainment, was a common way for the wealthy to show off their resources, promote their family’s standing, and position themselves for public office. Until recently, however, most female benefactors were pushed to the margins of scholarly inquiry or omitted entirely. While Roman women could not hold civic offices or military commands, they could acquire substantial wealth and engage in public life through priesthoods and public benefaction. This presentation features a large corpus of inscriptions from the Roman West that gives evidence for the numerous ways in which women used their financial resources for civic munificence. The data reveal geographical and chronological differences that help us gain a new understanding of women’s autonomy in the Roman Empire.

This is a virtual talk only. Please register ahead of time by clicking the button below.