This is an online event hosted in Rye, NY United States. 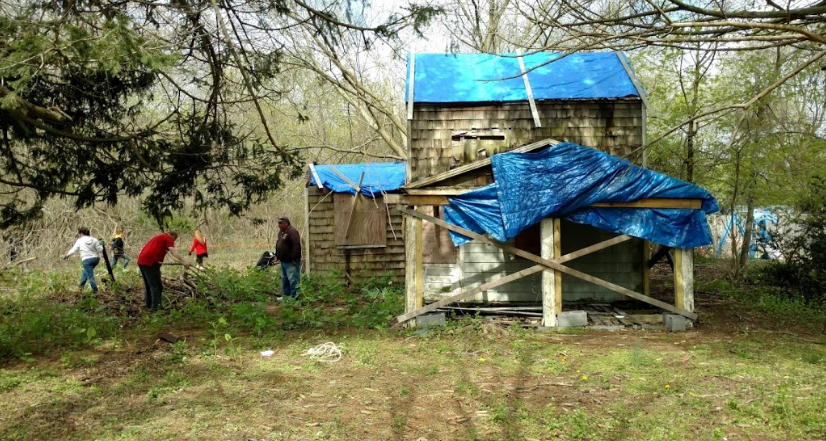 The Fowler House provides an extraordinary glimpse into the lives of Montaukett Indians on Long Island over a century ago. This storied house is a powerful reminder that Native American history is an integral part of American heritage locally, regionally, and nationally. The small vernacular saltbox house was once owned by George Fowler, a Montaukett Indian who was born at Indian Fields in Montauk, and whose family was among the last residents of the Indian Fields settlement at the time of their dispossession from the land in the 1870s. The Fowlers and other Montaukett families were pressured by Arthur W. Benson, a real estate developer who purchased Indian Fields at auction, to relocate to Freetown, north of East Hampton Village. The Fowler House now stands on one of these Freetown plots. To learn more about Montaukett history and culture in East Hampton, including the historical communities of Freetown and Indian Fields, see “Disrupting the Narrative: Labor and Survivance for the Montauketts of Eastern Long Island“, the Ph.D. dissertation of the speaker. It offers a rigorous in-depth study of oral traditions, archaeological research and architectural surveys, close analyses of historical records, and long-term ethnographic work with Long Island’s contemporary Montaukett community. Also, take look at “Created Communities: Segregation and the History of Plural Sites on Eastern Long Island, New York“, a recent academic journal article by Dr. McGovern and Dr. Christopher Matthews, which explores the complexities of identity and heritage in communities like Freetown.

Dr. Allison McGovern is an anthropological archaeologist in the greater New York City area whose work integrates archaeology with historical research methods, public engagement, planning, and historic preservation advocacy. She earned her MA in Anthropology from Syracuse University, and MPhil and PhD in Anthropology (Archaeology) from the CUNY Graduate Center. Her doctoral dissertation, entitled Disrupting the Narrative: Labor and Survivance for the Montauketts of Eastern Long Island critically addresses the way Native history is told through archaeology, material culture, and museum exhibition (to be published with University Press of Florida).

Dr. McGovern’s research in the Long Island area highlights the experiences of historically marginalized and underrepresented groups through archaeology, oral history, and ethnographic mapping. As a Public Archaeologist, she is interested in making her research available to general audiences, as well as other academic researchers. In 2018, she was awarded a Mark E. Mack Community Engagement Award (Third Place) from the Society of Historical Archaeology for her ongoing work with the Mapping Memories of Freetown project. She is also an inaugural recipient of the Robert D. L. Gardiner “Writing the History of Greater New York” Fellowship at the Gotham Center for New York City History for her forthcoming book Long Island Dirt. In addition to support from the Gardiner Foundation, her work has been supported by the CUNY Graduate Center, Farmingdale State College, the McNeil Center for Early American Studies, the Philips Fund for Native American research, the Mystic Seaport, and the National Endowment of the Humanities.