VIRTUAL - Musical Performance and Talk on the Rock Gongs of Sudan 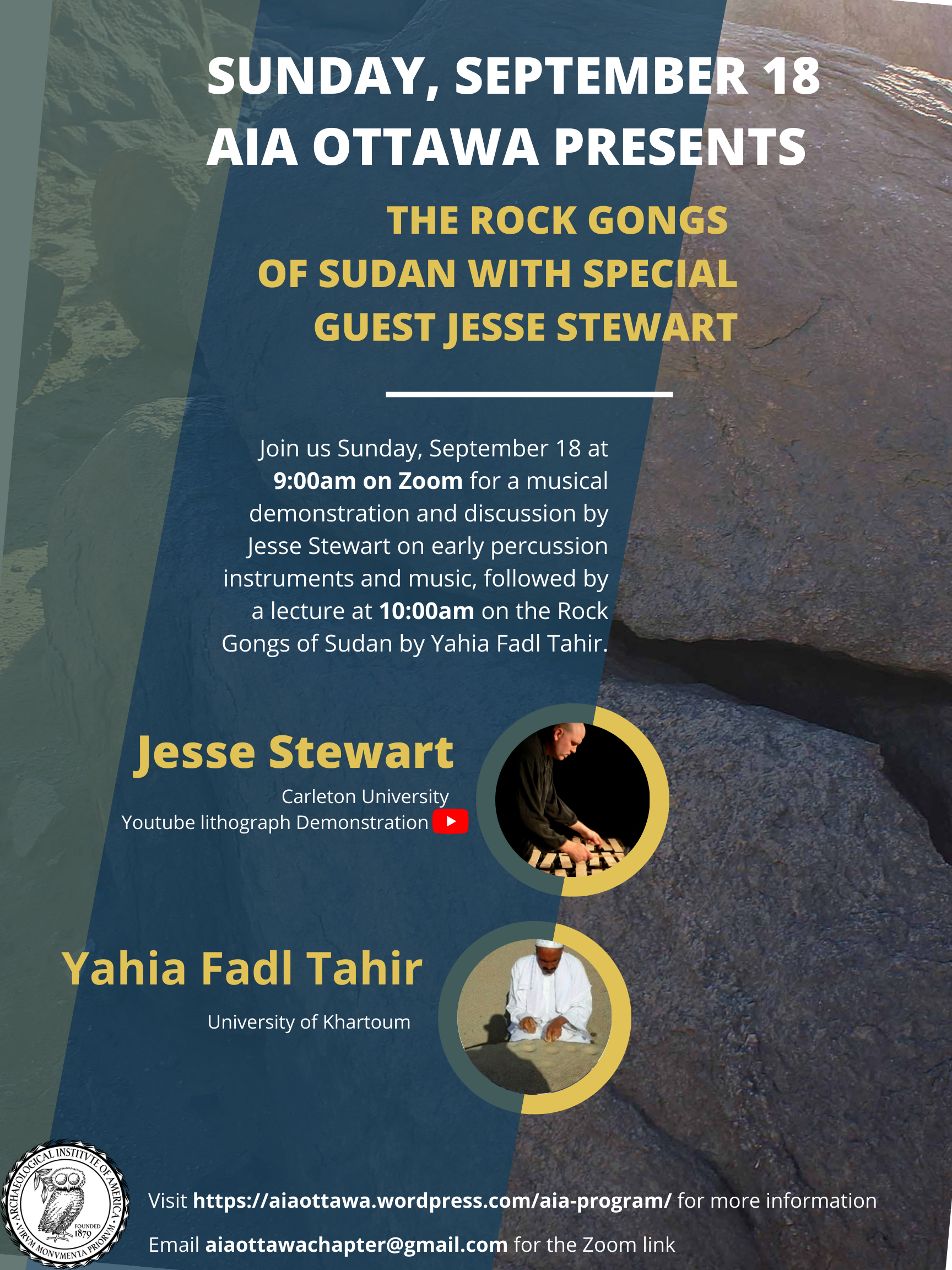 Percussionist Jesse Stewart will give us a live demonstration on his lithograph as well as a talk on early instruments and music. This will be followed by a lecture on the rock gongs of Sudan by Yahia Fadl Tahir, who sends the following abstract:
Rock gongs are naturally situated rock that resonate when struck and show evidence of use as an idiophone. Rock gongs are mostly found in Africa, but also in other contexts. Rock gongs are common features in Sudan e.g., in the north, 3rd cataract region.
To investigate the rock gongs in our region, their archaeological contexts, surviving traditions, and ritual practice in the vicinity of these rocks were studied.
In the archaeological context, it is observed that 46% of rock gong sites are associated with Neolithic occupations, 62% with Kerma occupations, 23% with Christian cross drawings, 15% near churches (KBD 019 and MAS 031) and 69% of rock gongs are associated with rock drawings of animals.
Many traditions, ceremonies, and rituals were practiced on rocks from different parts of the Third Cataract Region along the Nile. Ritual practices and ceremonies performed are wind-making, protection from the devil, marriage ceremonies, and circumcision ceremonies.