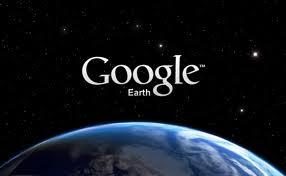 As part of the first National Archaeology Day celebration held on Saturday, October 22, 2011, the Archaeological Institute of America (AIA), in partnership with Google Earth, unveiled a new Google Earth layer displaying popular archaeological sites located throughout the United States and Canada. The map includes an image and a brief description for each site, and links to the featured site’s main website and the AIA website.

To create the map, AIA staff, contacted state archaeologists in all U.S. states and Canadian provinces, and asked them for lists of the most popular, publicly-accessible archaeological sites in their region. The response to the request was overwhelming, and the result is the map that we encourage you to examine and use.

The project was envisioned as a two-stage process. The first stage was the creation of the map and unveiling it on National Archaeology Day.

Now, we enter the second stage of the project. For this, we are asking for your help as the viewer and user of the map. Please send us suggestions for other sites for inclusion on the map. As we receive suggestions, we will add to the map and, by the second National Archaeology Day in October 2012, we will release an expanded and enhanced map of sites in the U.S. and Canada. Please note that all locations must be publicly accessible.

Explore the AIA’s new Archaeology of America and Canada on Google Earth. (If you do not have it installed, please download Google Earth.)

Thanks to our partners at Google Earth for making this possible, and to Dan Fallu, AIA employee and a graduate student in the Department of Archaeology at Boston University, for creating the map. To suggest a site, email bthomas@archaeological.org.