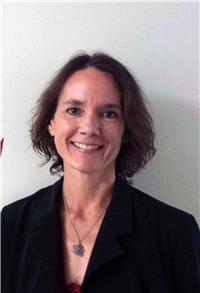 Kathryn Sampeck is Assistant Professor of Anthropology with Illinois State College, and holds her degrees from Tulane University (Ph.D.) and the University of Chicago.  Her areas of specialization include the archaeology and ethnohistory of Mesoamerica and the U.S. Southeast, the Andes, landscape archaeology, colonialism, foodways, political economy, urbanism, money economies, and ceramics.  She is the Principal Investigator for the Colonial Cherokee Landscapes Project, and has conducted fieldwork in El Salvador, Eastern Tennessee, Honduras (Copán), Bolivia, Southern Louisiana, Cantabrian Spain, and Kenya.  Professor Sampeck has numerous works in press and in review, is preparing a monograph on How Chocolate Came to Be, and most recently published “From Ancient Altepetl to Modern Municipio: Surveying as Power in Colonial Guatemala” in the International Journal of Historical Archaeology (2014).

Sex in a Cup: Chocolate and Gender through the Ages

A comparison of pre-Columbian archaeological evidence from Central America with colonial archaeological and historical evidence in the Americas and in Europe shows that chocolate was increasingly characterized as a woman’s drink, food, and flavor. Examples from three kinds of chocolatey evidence (recipes, archaeological material culture, and depictions) offer insight into the broader context of labor, gender, and social regimes from the late pre-Columbian period to the eighteenth century, when chocolate moved from being a sporadic curiosity to a daily necessity not just across the Americas, but also across the Atlantic.

This article is an interesting discussion of gendered food preferences:

This book is an anthropological view of women in the chocolate industry:

Crafting the Culture and History of French Chocolate. By Susan J. Terrio. Berkeley and Los Angeles: University of California Press

This book also examines the connections of gender and producing chocolate in England:

Chocolate, Women and Empire: a Social and Cultural History. By Emma Robertson