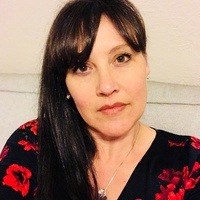 Kelly-Anne K. Diamond is Visiting Assistant Professor at Villanova University, and Adjunct Professor at Immaculata University.  She holds degrees in Egyptology (Ph.D.) from Brown University; Egyptian Archaeology (M.A.) from the University of Toronto; Egyptology (B.A.) from the University of Toronto. Her areas of specialization include gender in ancient Egypt, masculinity studies, ancient Egyptian funerary rites and practices and belief in the afterlife, the language of mourning.  Her current publication projects are “Royal Women Performing Gender in the New Kingdom: Embodying Power Through Female Masculinity” (in progress), “Necrophilia and the Making of New Worlds in H. Rider Haggard’s ‘Smith and the Pharaohs.'”  (in progress),”The Sartorial Choices of Sobekneferu: Louvre Statue E 27135.” JEA(forthcoming), and “Gender, Creator Deities, and the Public Image of Sobekneferu.”  Near Eastern Archaeology (forthcoming 2021).

Gender, Creator Deities, and the Public Image of Sobekneferu

Gender, Creator Deities, and the Public Image of Sobekneferu

The Eighteenth Dynasty Egyptian Pharaoh, Hatshepsut (ca. 1473-1458 BCE), has attracted a great deal of attention for doing gender wrong, at least according to modern scholarship.  She began her career as the regent for her step-son/nephew, Thutmose III, and then at some point in the first seven years, she ascended the throne as co-regent.  Hatshepsut’s public gender expression fails to conform to our norms of cultural intelligibility, but the fact that this gender transformation occurred over the course of two decades indicates that this was a persistent and intentional gender “identity” for Hatshepsut.  Hatshepsut was not making claims about who she was as a private person, but instead she was subscribing to the gendered expectations of rulership. This public identity has appeared to modern Egyptologists as gender incongruity, but I will argue that Hatshepsut’s public representations were intelligent to ancient Egyptians and even a deliberate attempt to appeal to their sensibilities and provide them solace in her rule.

U. Matic ́, ‘(De)queering Hatshepsut: Binary Bind in Archaeology of Egypt and Kingship Beyond the Corporeal’, Journal of Archaeological Method Theory 23 (2016), pp. 810-31.

D. Laboury, ‘How and Why Did Hatshepsut Invent the Image of Her Royal Power?’, in J. Gala ́n et al. (eds), Creativity and Innovation in the Reign of Hatshepsut, Studies in Ancient Oriental Civilizations 69 (Chicago: University of Chicago Press, 2014), pp. 49–92.

Sobekneferu ascended the Egyptian throne near the end of the twelfth dynasty. She was not only the first female king but also the first royal woman for whom we have evidence of cross-dressing.  From the record she has left us it is clear that the gender incongruent imagery associated with Egyptian creator deities established a foundation for her composite imagery. Sobekneferu embraced masculine poses in her statues, masculine titles and grammatical endings in her inscriptions, and on her Louvre statue she adopted masculine dress. This paper illustrates how her multiply gendered works were inspired by well-entrenched ideas organic to Egypt, how her self-styled image was based on historic prototypes, and how her transgression of social gender boundaries was sanctioned by society.

Much of Egyptology has focused on specific men and their professions; in fact, Egyptology has been mostly about men. Yet, little research has been done on the relationships that existed between men, and Egyptologists have rarely discussed masculinity. Masculinity in ancient Egypt has often been misperceived as singular, thus reifying the conventional masculine stereotype: the provider and protector who exhibits strength and virility. Yet “men” is not an undifferentiated, homogeneous category. Because the Instruction of Ptahhotep is so intensely focused on how men should behave, it serves as a useful lens into conceptions of masculinity. Not all men in ancient Egypt possessed the same amount of power and influence, nor were they the same in the way society viewed them as gendered beings. Multiple masculinities were constantly in states of negotiation and distinctions were made through the intersections of class, religious status, birth, profession, ethnicity, age, and marital status, among others.

This lecture reveals the specific maxims in the Instruction of Ptahhotep that help us understand how masculinity was learned, enacted, and sustained, and how the male gender hierarchy influenced patterns of masculine behavior.