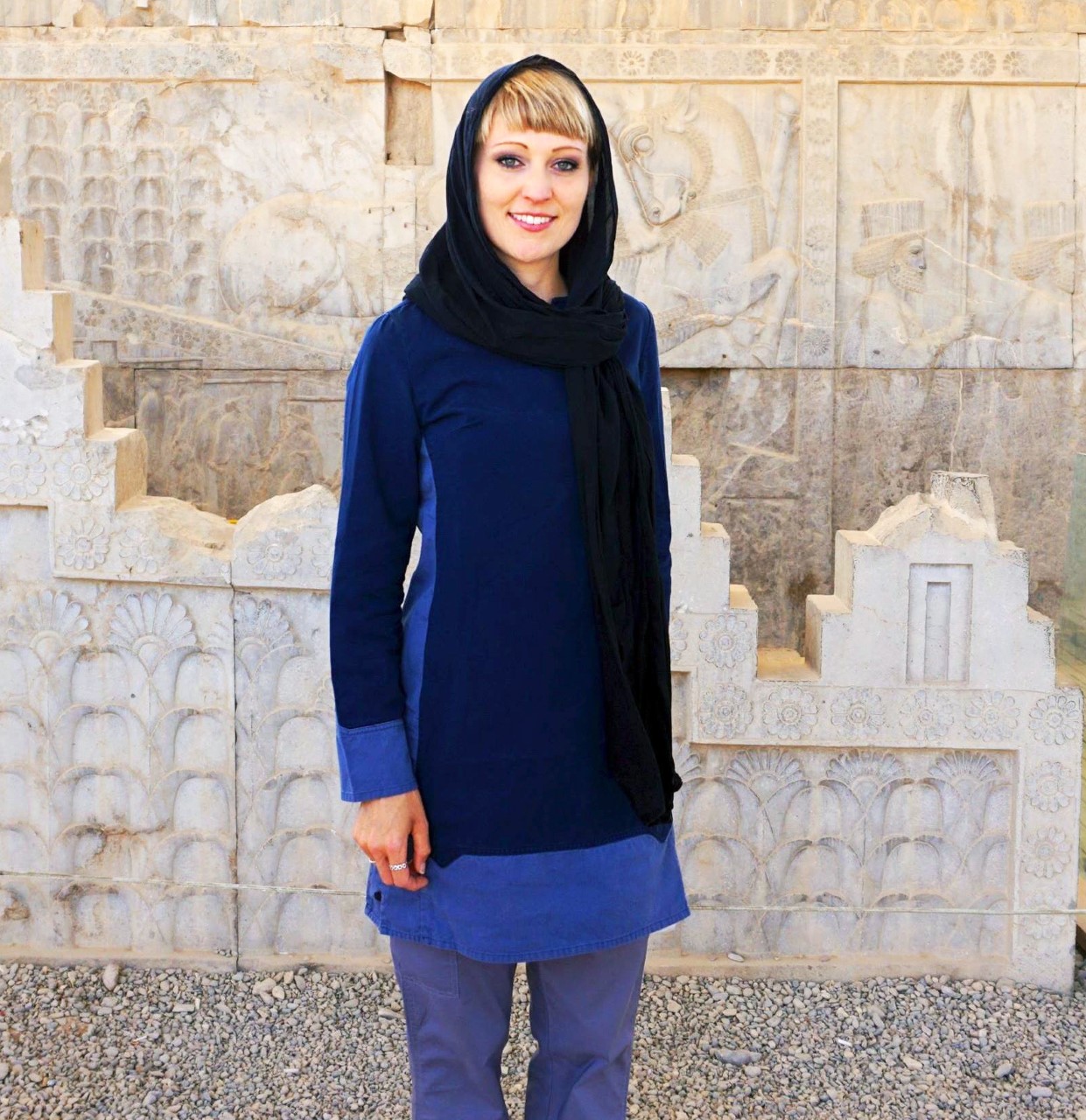 Dr. Kiersten Neumann is an historian of Near Eastern art and archaeology. Her research is grounded in theoretical approaches to ancient art, with a focus on sensory experience and visual culture of the first millennium. Kiersten received her BA and her MA from the University of British Columbia, and her PhD from the University of California, Berkeley. She is Curator and Research Associate at the Oriental Institute.  Her research interests include Neo-Assyrian art and Archaeology, Mesopotamian architecture and the built environment, multisensory experience and phenomenology in the ancient Near East, ritual practice and performance, and the archaeology of ritual theory.  Her current publication projects include The Sensory Experience of the Neo-Assyrian Temple (in progress) and A Handbook of the Senses in the Ancient Near East (ed. with A.K. Thomason, Routledge/Taylor & Francis, in progress).

Myth and Magic in Ancient Mesopotamia

Myth and Magic in Ancient Mesopotamia

In 1919, with the financial support and encouragement from John D. Rockefeller Jr, James Henry Breasted founded the first interdisciplinary research center at the University of Chicago—the Oriental Institute (OI). With an aim to understand the complex civilizations that emerged in the area of the ancient Middle East that he vividly named “The Fertile Crescent,” Breasted kicked off the OI’s century long pursuit of largescale excavations and research projects. The OI’s expedition to Khorsabad, ancient Dur-Šarrukin, in present-day northern Iraq made and continues to make a fundamental contribution to this endeavor. During his first visit in 1920, Breasted was impressed with the site; he wrote, “the entire site… was under cultivation by the natives, who had been raising grain on the ruins of Sargon’s capital for many centuries… There were many rumors of sculptures lying just below the surface.” First called the Assyrian Expedition and later the Iraq Expedition, the OI’s seven-year project at Khorsabad enabled the discovery, preservation, and ongoing study of the monuments and material culture of this Assyrian capital city. In this talk I present the discovery and transport, then installation and reception of the Assyrian carved wall reliefs of Khorsabad in Chicago in the twentieth century, and my recent recuration and engagement with the reliefs during a five-year gallery renovation and the centennial of the OI. I consider the choices that were and continue to be made with respect to display, and the connection these choices have with the reliefs’ own histories and their place in contemporary discourse.

Department of Ancient Near Eastern Art. “The Rediscovery of Assyria.” In Heilbrunn Timeline of Art History. New York: The Metropolitan Museum of Art, 2000–. http://www.metmuseum.org/toah/hd/rdas/hd_rdas.htm (October 2004)

Loud, Gordon. Khorsabad I: Excavations in the Palace and at a City Gate. Oriental Institute Publications 38. Chicago: University of Chicago Press, 1936. https://oi.uchicago.edu/research/publications/oip/oip-38-khorsabad-part-1-excavations-palace-and-city-gate

Teeter, Emily. “A History of the OI Museum.” In Discovering New Pasts: The OI at 100, edited by Theo van den Hout.Chicago: The Oriental Institute, 2019, 62–75. https://oi.uchicago.edu/research/publications/misc/discovering-new-pasts-oi-100

From colossal human­headed winged bulls at gateways to clay tablets inscribed with incantations and prayers, the world of ancient Mesopotamia was rich with objects and practices that we might categorize as myth and magic, things that we would regard as relatively removed from daily activities and thought. Yet to the people of this ancient land, myth and magic played a fundamental role in all areas of life. Through an exploration of artifacts and ancient texts excavated by archaeologists at sites throughout ancient Mesopotamia, this talk looks at some of the most well-known myths from Assyria and Babylonia, the objects associated with these myths, practices and materials associated with healing and protection, and the lives of the practitioners associated with these crafts.

As communicated by Mesopotamian creation myths such as Enūma Eliš and Atra-ḫasī, the provisioning of the gods was the reason for which humans were originally created and, to quote the great Mesopotamian historian A. Leo Oppenheim, “the very raison d’être of the entire [temple] institution.” This provisioning—the presentation of offerings—incorporated a host of powerful sensory elements that together ritualized and marked this practice as unique and meaningful. The principal components of this practice were the food, drink, and aromatics served to the god. Offering tables, libation vessels, and incense burners made exotic woods, light-colored stone, and precious metals facilitated the preparation and presentation of these goods. Made from similar types of materials was the divine statue itself, which manifest the resident divinity of the temple. The complimentary materials and arrangement of these objects and the god within the temple would have had a strong visual impact on participants. Alongside the visual was the smell of aromatics from incense burners, oils from oil burners, and the aroma of food offerings; the sounds of lamentations and prayers being recited and songs performed; the tactile sensations of the offerings and portable works of art; and the gustatory experience of consuming leftover offerings. Additionally, the radiance of the statue and other materials communicated a sense of divinity and the otherwordly, while a sense of timing and movement was integral to the proper functioning of this performance. In this talk I explore how this corpus of multisensory phenomena of the presentation of offerings to the gods marked this practice as something “other,” as ritualized practice fit for the dwelling place of a god within the cultural and social context of the Neo-Assyrian Empire.

Neumann, Kiersten. “Sensing the Sacred in the Neo-Assyrian Temple: The Presentation of Offerings to the Gods.” In Distant Impressions: The Senses in the Ancient Near East, edited by A. Hawthorn and A-C. R. Loisel. Winona Lake, IN: Eisenbrauns, 2019, 23–62.

From the rule of Cyrus the Great to the fall of the Achaemenid Persian Empire (550–330 BCE), the Achaemenid kings constructed a visual landscape that through its art and architecture broadcast an idealized message of harmonious order, power, and unity. The dynastic center of Persepolis stands as a pinnacle of this visual legacy, founded by Darius the great around 520 BCE and sacked by Alexander the Great in 330 BCE. While known throughout history, the ruins of Persepolis were not excavated until the Oriental Institute (OI) of the University of Chicago sponsored an archaeological expedition to the site in present-date Iran, which lasted from 1931 to 1939. As a result of this project, the OI now houses a collection of artifacts and archival photographs that stands as one of the best resources on Achaemenid art and architecture in the world. Join Kiersten to learn about the OI’s exploration of this magnificent UNESCO World Heritage Site.

Abbas Alizadeh and Matthew W. Stolper. “The Past and Present of the OI’s Work in Iran.” In Discovering New Pasts: The OI at 100, edited by Theo van den Hout. Chicago: The Oriental Institute, 2019, 274–305. https://oi.uchicago.edu/research/publications/misc/discovering-new-pasts-oi-100