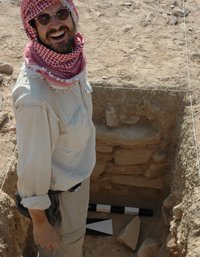 The Old and the New: Water Engineering at the Extremes of Time

Aqueducts were vital to the existence of ancient Greek and Roman cities. The ancient builders had to design and maintain the pipelines without the aid of computer simulation and without remote-monitoring systems. Yet, the success of these cities and the survival of their aqueducts is testament to the ability of the builders to design these structures properly and to keep them in good operating condition.

It is the first century CE. The governor of the fictitious Roman province Terra Nova has tasked us to supply the equally fictitious town of Milopolis with water. We will follow the steps involved in building an aqueduct, from the exploration of a suitable source to the final distribution in the urban centre, by following the scant information in the works of Vitruvius, Frontinus, and Pliny, as well as clues from inscriptions and archaeological remains.

Technical and scientific texts from antiquity are notoriously difficult to translate. Portions of Vitruvius’s de architectura are a case in point. Book 8 on water supply contains particularly confusing passages that have prompted some modern scholars to suggest that Vitruvius had no idea what he was writing about. While the Latin of de architectura is by no means the most elegant prose, such judgment appears inaccurate. Vitruvius adopted much of his information in relation to water pipes from the Greek sources and models he was using, and a good part of the technical terminology is derived from parts of the body and their function. A multi-layered problem emerges as we try to understand Vitruvius’s explanation of the function of ancient aqueducts: Vitruvius’s translation from Greek into Latin describes unknown devices performing an unknown function, sometimes using untranslatable words, such as the ominous colluviaria, and other terms with a vaguely anatomical origin One thing in our favour is the mechanical behaviour of water, which has not changed since ancient Roman times. By investigating the surviving remains of aqueducts and observing the function of analogous parts of the human body, we may be able to explain the meaning of the more obscure passages.

In the past decades a trend has emerged in classical archaeology to re-examine the conspicuous remains of ancient structures from an engineering point of view. The Hellenistic and Roman aqueducts are a prominent example. Although crucial to the very existence of cities, the exact function of some features found in ancient aqueducts is still poorly understood. Mysterious towers, for example, that were built at considerable expense in material and labor into the pipelines of systems such as those at Aspendos or Craponne have puzzled modern scholars for over a century. Other pipelines, such as those at Pergamum, Smyrna, or Alatri, were deliberately laid out to incorporate intermediate hills into their course. Relevant ancient literary sources such as Vitruvius, Pliny the Elder, and Frontinus have been studied carefully in search for answers to the technical problems, but without significant success. More recently, constantly improving computer performance has made it possible to simulate these water-supply systems with commercially available Computational Fluid Dynamics (CFD) software packages. The application of this most recent computer-aided engineering tool to a number of ancient pipelines can yield insights into Hellenistic and Roman technology that go far beyond any explanation based on Vitruvius, Frontinus, or Pliny, and represents a transformation in the manner in which research in classical archaeology is conducted.

Ortloff, C. R. and D. P. Crouch. 2001. “The Urban Water Supply and Distribution System of the Ionian City of Ephesos in the Roman Imperial Period.” Journal of Archaeological Science 28: 843-60.