Affiliation: University of Illinois at Chicago 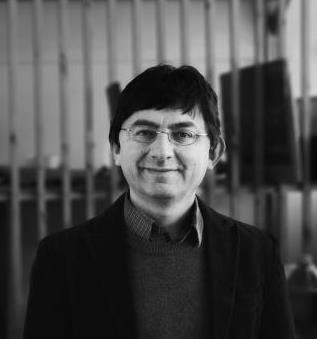 Ömür Harmanşah is Associate Professor of Art History at the University of Illinois at Chicago; he holds his degrees from the Middle East Technical University in Ankara (MA) and the University of Pennsylvania (PhD).  His areas of specialization include the art, architecture and material culture of the ancient Near East and the Eastern Mediterranean world, with an emphasis on Mesopotamia, Anatolia, and Syria during the Bronze and Iron Ages.  His current field projects are the “Political Ecology as Practice: A Regional Approach to the Anthropocene” Project (Hunza Valley, Northern Areas in Pakistan), the Yalburt Yaylası Archaeological Landscape Research Project (Ilgın-Konya Province, Turkey), and the Gordion/Yassıhöyük Archaeological Project.  Professor Harmanşah is an AIA Kershaw Lecturer for 2019/2020.

In the last few centuries of the Hittite Empire, the karstic watery landscapes of Beyşehir and Çavuşçu Lake Basins to the west of the Konya Plain witnessed the construction of two prestigious, imperially sponsored monuments at prominent springs in the rural countryside. Tudhaliya IV’s monumental pool complex at Yalburt Yaylası near the Çavuşçu Lake featured a lengthy commemorative inscription of the king, linking the site to Tudhaliya’s militaristic discourse. In contrast to this politically charged monument, the uninscribed but visually and architecturally more elaborate pool at Eflatunpınar by the eastern shore of Beyşehir Lake performs a mimetic representation of a mountain spring in its complex iconography and a cosmic reconstruction of the divine world. Why were these two impressive structures built in the midst of the countryside and in the margins of the core of the empire? In this paper, a close comparison of the two monuments is presented from the point of view of their local landscape context, their architecture and their iconographic/textual content to demonstrate how the two monuments carried traces of the cultural imagination of specific sacred landscapes. Supported by evidence from other archaeological contexts such as the Südburg Sacred Pool Complex at Hattuša/Boğazköy and the broad corpus of Hittite texts, the paper will argue that Hittite practices of building ritual monuments at sacred spring sites relate to the cult of “Divine Road of the Earth” which provided a vital, sustained communication with the underworld, the world of ancestors and divinities. The architecture of these structures established a powerful mimetic relationship with specific geological features such as caves and springs, which then further evoked powerful places in the remote rural landscapes. The contextual and comparative study of Yalburt Yaylası and Eflatunpınar spring monuments further reveal the nature of Hittite politics of landscape that involved the appropriation of local practices and sites of veneration as well as imperial interventions to frontier landscapes. Evidence from the first four seasons of the Yalburt Yaylası Archaeological Landscape Project (2010-2013) that the author directs, illustrates such dynamics of interaction between local communities and imperial power structures.

Erbil, Yiğit and Mouton, Alice; 2012. “Water in Ancient Anatolian Religions: An Archaeological and Philological Inquiry on the Hittite Evidence.” Journal of Near Eastern Studies 71: 53-74.

On February 26th, 2015, ISIS posted a (now iconic) video on YouTube, showing the deliberate destruction of ancient sculpture in the Mosul Museum and at the archaeological site of Nineveh in Iraqi Kurdistan. Many users of social media had a visceral reaction to the video and quickly shared it both to inform others of ISIS’s barbaric acts and to declare their own cosmopolitan, humanitarian, civilized condemnation of these uncivilized acts against antiquities. This paper will discuss the Islamic State’s destruction of archaeological sites and museum antiquities from the perspective of political ecology and new materialism. Enacted as part of their scorched earth policy and place-based violence that aim to annihilate the local sense of belonging among local communities, Islamic State’s destructions are choreographed as mediatic spectacles of violence aimed at objects and sites of heritage. These take the form of re-enactments of historical instances of idol breaking that are communicated to us through ISIS’s own powerful image-making apparatus, utilizing global technologies of visualization and communication.

Flood, Finbarr Barry Idol-Breaking as Image-Making in the ‘Islamic State’ Religion and Society: Advances in Research 7 (2016): 116–138.

My current book project investigates the politics, ethics, and methodologies of doing archaeological fieldwork in the Middle East today, at the very critical moment of global ecological crisis, climate change, military conflict, mass immigration, and heritage violence. The debate around the ecological crisis is not simply a scientific debate, but now concerns every living being on the planet, therefore it has become a political and cultural debate. Historians and archaeologists are asked to revise their methodologies in writing the cultural and political history of the planet. My project draws on the literature in the emerging fields of environmental humanities and political ecology and attempts to  rethink archaeological fieldwork. How should archaeologists work in the field in such precarious times? The recent military violence in the Middle East led to unprecedented destruction of cultural heritage along with local settlements and habitats, and the displacement of their communities. The ecological-military crisis has a direct impact on how archaeology is practiced as a field science. The destruction of heritage sites, landscapes, and institutions demands archaeologists either work remotely or to perform salvage work, as opposed to the more conventional methods of working with scientific research questions. Based on my analysis of ongoing archaeological projects in the Middle East, I argue that archaeological field practice has largely become a salvage operation. What does it mean to practice fieldwork in such a tense present and what new kinds of sensitivities are required for an archaeology in the new age of the Anthropocene?

Kearns, Catherine; 2017. “Mediterranean archeology and environmental histories in the spotlight of the Anthropocene” History Compass 15.10: 1-15.

See Ömür Harmansah's work in the American Journal of Archaeology.