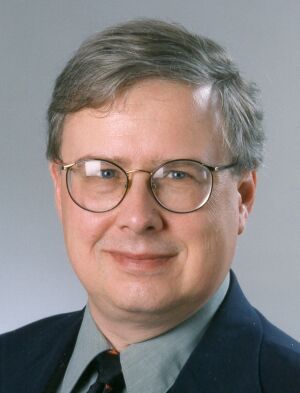 Peter Bogucki is the Associate Dean for Undergraduate Affairs at the School of Engineering and Applied Science at Princeton University, where he has executive oversight of advising and degree progress for over 1,300 candidates for the Bachelor of Science in Engineering degree, as well as being an archaeologist. He received his B.A. magna cum laude in Anthropology from the University of Pennsylvania in 1974, and his Ph.D. from Harvard University in 1981. His main fields of study have been European prehistory and early farming societies in Europe, encompassing subsistence, settlement, and household studies, bioarchaeology and zooarchaeology, and interactions between foragers, farmers and borderlands.  His work has focused on eastern, central and north/northwestern Europe, with major field work at Neolithic sites in Poland.  His recent research collaborations have been with Mélanie Salque and Richard Evershed at the University of Bristol in 2010-2013 on analysis of ceramic sieves for milk lipid residues, and ongoing work since 2012 with Chelsea Budd and Rick Schulting at Oxford University on analysis of stable isotopes in human skeletons from Osłonki in Poland.  Dr. Bogucki’s edited volumes include Ancient Europe: an Encyclopedia of the Barbarian World, 8000 B.C. – A.D. 1000. (with Pam J. Crabtree in 2004), and his authored volumes include his 2017 The Barbarians, for which he has received the AIA’s Felicia A. Holton Book Award.  Since 1990, he has been a member of a team of authors directed by Paul Bahn to contribute to collective works on archaeology, major titles including Archaeology: the Essential Guide to Our Human Past in 2017.

The Archaeology of Cheese: Cattle, Strainers, Chemistry, and Genes

The Archaeology of Cheese: Cattle, Strainers, Chemistry, and Genes

What was happening around the world between 5000 and 3000 BC?     In the Near East, proto-urban town and villages were showing clear signs of social complexity,  and in southeastern Europe, large agricultural communities using metals sprang up.    Meanwhile, in northwestern Europe, people were just making the transition from hunting and gathering to farming.      In China, Neolithic settlements flourished along the Yellow and Yangtze rivers, while in New Guinea, horticultural experiments were taking place in highland valleys.     Along the Nile farming settlements sprang up, and elsewhere in Africa pastoralism began to replace hunting and gathering.    In the New World,  a variety of foraging societies flourished, such as in eastern North America and lowland South America, while in highland Mexico and Peru initial steps toward domestication were being taken.  This lecture will draw together the evidence from these two millennia to present a global perspective on continuity and change that provided the foundations for subsequent human experiences.

In Classical scholarship, the pre-literate inhabitants of Europe north of the Alps are known as rough folks who traded with the Greeks and fought with the Romans.    Although they had managed to build Stonehenge during the third millennium B.C., little more is said about them until they cause trouble.    Yet the Barbarian World has a remarkable prehistoric past.   Hunter-gatherers recolonized the land after the retreat of the ice sheets, and early farmers established agricultural communities in the river valleys of central Europe.   Throughout northern and western Europe, the farmers built the megalithic tombs and monuments that dot the landscape.    Metallurgy brought important social changes through trade in copper and tin.  Salt mining and trading with the Greeks caused the accumulation of tremendous wealth in central Europe, while to the north, war-booty sacrifices and human victims were placed in lakes and bogs.    Beyond the frontier of the Roman Empire, central places comprising markets, elite residences, and places of ritual were established across northern Europe.    By the time the famous migrations of barbarians hastened the end of the Roman Empire, the prehistoric peoples outside the Classical World had experienced millennia of their own rich history, known to us through two centuries of archaeology.

Bogucki,. Peter, 2017.   The Barbarians: Lost Civilizations.  London: Reaktion Books (inexpensive, and available in many libraries; winner of the Society for American Archaeology 2018 Book Award in the Popular category)

The story of the earliest use of dairy products in prehistoric Europe weaves together archaeology, analytical chemistry, and genetics.      During the sixth millennium B.C.,  Neolithic communities with many cattle made pottery with perforations, whose logical function was the straining of curds from whey for making cheese.    Identification of bovine milk lipid residues in strainer fragments confirmed this hypothesis, and subsequent studies have revealed evidence for the use of dairy products at many sites.  It is also probable that dairying was a factor in the further spread of agriculture to northern and western Europe around 4000 B.C.   At roughly the same time, the genetic mutation to overcome lactose intolerance occurred.    In order for it to have any adaptive advantage, it needed to spread among people who already knew the use of dairy products.    Thus the emergence of dairying is a compelling example of the interplay between human cultural development and biological evolution.

The spread of farming in Europe is illuminated by the prehistoric societies of the sixth and fifth millennia B.C.    Starting with the settlement of the river basins in interior central Europe,  farming communities spread to the lowlands of the North European Plain.    In northern Poland,  households along the Neolithic frontier built longhouses with unusual trapezoidal plans, buried their dead with lavish displays of bone, shell, and copper artifacts, and practiced a mixed farming economy using cattle, sheep, goats, pigs, wheat, and barley.   A short distance to the north, hunter-gatherer groups thrived in the rich environment of the Baltic basin until they eventually adopted agriculture at the beginning of the fourth millennium B.C.    New data from settlements, bioarchaeology, residue analysis, and archaeogenetics has added considerably to our understanding of these societies in recent years.