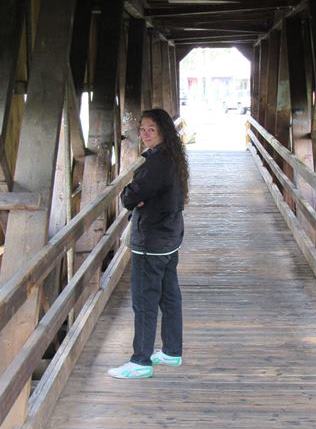 Stephanie Lynn Budin (Ph.D. University of Pennsylvania) is an ancient historian who focuses on gender, religion, sexuality, and iconography in ancient Greece and the Near East. Her published works include Freewomen, Patriarchal Authority, and the Accusation of Prostitution (Routledge 2021), Women in Antiquity: Real Women Across the Ancient World (Routledge 2016), Artemis (Routledge, 2015), Images of Woman and Child from the Bronze Age (Cambridge University Press, 2011), The Myth of Sacred Prostitution in Antiquity (Cambridge University Press, 2008), and The Origin of Aphrodite (CDL Press, 2003), as well as numerous articles on ancient religion, gender, and iconography.  She has lectured throughout North America, Europe, the Near East, and Japan.  She is currently the Editor of Near Eastern Archaeology, a publication of the American Schools of Overseas Research (ASOR).

The Problem With Prostitutes

The Nude Goddess and her Sisters

This presentation follows the evolution of the Near Eastern goddess of love and war Inanna/Ištar into the Greek goddess of sex Aphrodite and finally into the Roman Venus Victrix, the mother goddess who embodied victory.  We consider the textual and iconographic data that show how these deities emerged from one another, starting with the mingling of passionate Inanna and her male, Semitic cognate Athar to form Ištar and, later, western Astarte.  From here the lecture goes to Cyprus to watch Aphrodite Kypris emerge from the foam, and finally we travel to Rome to watch the Roman mother goddess become a goddess of battles.  Special focus is on the aspects of eroticism and militarism.  Contrary to much current understanding, the martial aspect of these goddesses was not maintained over the course of the evolution — Aphrodite herself was a miserable failure in battle (Iliad, book 5), and Venus only emerged as a military deity under the auspices of Sulla and, later, Augustus Caesar.  This talk will discuss the chronology of such changes, and how the Near Eastern deities continued to influence the Classical pantheons.

This talk presents a broad-spectrum introduction to and understanding of the goddess Artemis in ancient Greek religion. Through use of text, image, and archaeology, we consider her role in ancient Greek thought, her history in the Greek pantheon (including earlier deities she displaced), her ambivalent rapport with girls and women, and myths (in all senses of the word) about her alleged cruelty and functions as a war goddess.

T. Fischer-Hansen and B. Poulsen (eds.) (2009) From Artemis to Diana: The Goddess of Man and Beast. Museum Tusculanum Press. University of Copenhagen. Copenhagen.

I. Petrovic (2010) “Transforming Artemis: From the Goddess of the Outdoors to City Goddess.” In J.N. Bremmer and A. Erskine (eds.) The Gods of Ancient Greece: Identities and Transformations.  Edinburgh University Press. Edinburgh, 209–227.

The so-called Nude Female is one of the most prolific icons from the ancient world, appearing from India in the east to Iberia in the west.  This image of an en face nude female with arms to her sides, holding her breasts, or highlighting her sexual attributes is typically identified as either a goddess of fertility, a concubine for the dead, or a sacred prostitute.  Quite to the contrary, though, in this presentation I reveal that this image had a full range of meanings and uses throughout the ancient world, beginning as a marker of ethnic identity in central Mesopotamia, depicting nymphs in archaic Greece, and a range of goddesses in Egypt.  Likewise, we shall consider here alternate images of nude females from the ancient world that contributed to the evolution and spread of the Nude Female icon, and thus the Nude Goddess… and her Sisters!

Budin, S.L. (2015). “The Nude Female in the Southern Levant: A Mixing of Syro-Mesopotamian and Egyptian Iconographies.” In C. Doumet-Serhal (ed.) Cult and Ritual on the Levantine Coast and its Impact on the Eastern Mediterranean Realm.  BAAL Hors-Série X.  Beirut, 315–335. (available on academia.edu)

“The oldest profession” — This is how the modern world often views prostitution.  But it turns out that the majority of our evidence for ancient prostitution is more illusory than real.  This lecture looks at the textual and iconographic evidence for both sacred and secular prostitution in the ancient Near East and Greece and shows that almost none of it pertains to the sale of sex.  As a matter of fact, it would appear that there was no prostitution at all in ancient Mesopotamia or Egypt, and that the profession came into being only in the Iron Age.  Hidden behind the imposed “mask” of prostitution are numerous occupations held by women in the ancient world, several of which are examined here.

(NB: Images and texts not appropriate for children.)

Of paramount concern in the modern study of the ancient world is the matter of sex and gender.  Are they, in fact, the same, thing? Is sex truly binary (female and male)? Is gender fluid?  How do the notions of Judith Butler concerning gender as performance play out in antiquity?  This presentation looks at the evidence for concepts of both biological sex and social gender in the Ancient Near East (Mesopotamia, Egypt, and the Levant) to see how the ancients themselves understood these notions. As the evidence indicates, while they did conceive of biological sex as quite binary, many of their gender constructs were quite distinct from those of the modern West. Here we shall consider, inter alia, the gendering of fertility, female kings, the gendered use of language, and the adoption of girls as sons (and mothers as fathers!) in the ancient Near East as indicative of ancient gender constructs.

Zsolnay, Ilona (2018) “Analyzing Constructs: A Selection of Perils, Pitfalls, and Progressions in Interrogating Ancient Near Eastern Gender.” In S. Svärd and A. Garcia-Ventura (eds.) Studying Gender in the Ancient Near East. Eisenbrauns, University Park, 461–479.