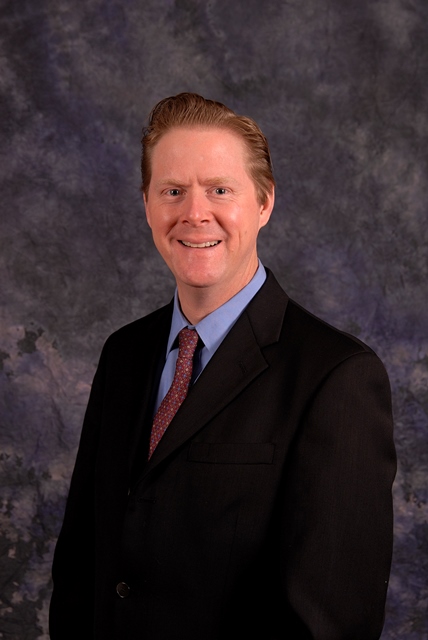 Steven Tuck is Professor in the Department of Classics, Miami University.  He earned his Ph.D. in Classical Art and Archaeology from the University of Michigan and a post-doctoral fellowship at Ohio State University.  His areas of specialization are Roman spectacle entertainment, and Roman imperial art and archaeology, especially ideological display.  He has conducted fieldwork, research and study tours in Egypt, England, Italy and Greece.  He is the author of A History of Roman Art and many articles and chapters on Roman art, especially Roman sculpture. He also publishes on Latin epigraphy including Latin Inscriptions in the Kelsey Museum: The Dennison & De Criscio Collections and on spectacle entertainments in the Roman world. He has written and recorded five courses on the ancient world for The Great Courses, and has received 9 awards for undergraduate teaching including the Archaeological Institute of America Excellence in Undergraduate Teaching Award.

The goal of this project is to attempt to answer definitely whether people from Pompeii and Herculaneum survived the eruption of Vesuvius in AD 79 and if so, whether survivors can be located in the Roman world. In this lecture we trace survivors of the eruption and discover Roman government responses to natural disasters.

Analysis of this material across the 8 categories of evidence finds that the coastal communities of Cumae, Naples, Puteoli, and Ostia provide the best support for refugee resettlement. For, example, at Cumae two members of the Sulpicius family recorded at Pompeii late in the life of the city died at Cumae in the late 1st century. They were joined there by members of the Pompeian branches of the Licinii and Lucretii, who intermarried in the new city.

The patterns indicate that more people survived from Pompeii than from Herculaneum, that most stayed in coastal Campania, and that government intervention and support came after resettlement, but did not drive it. Additionally, the refugees that can be traced seem to have selected refuge cities based on personal factors such as social and economic networks.

Pompeii offers archaeologists unique evidence for arena spectacle such as gladiatorial combat, prisoner executions and animal hunts. Thanks to its superb preservation we can study, as from nowhere else in the ancient world, the facts of these arena spectacles, how they worked and how they were integrated into the life of a small Roman town. In this lecture we visit a gladiatorial training school which provides the only extant armor from Roman gladiators, examine the oldest amphitheater we have from the Roman world and analyze the ramifications of games for the city. We also trace the imagery of gladiators at Pompeii and see where and why pictures of gladiators end up on virtually every possible surface in both public and private space in the city.

The tactics gladiators used in the arena remain a mystery. Their training was almost certainly oral so no training manuals survive. The extant literary sources are of little help. Written by elite men, many specifically deploring the activities of the arena, they remain silent on the specifics of the contests. Our best sources to recover this lost martial art may in fact be artistic representations of the events in the arena. Because of the enormous public interest in gladiatorial combat, these provide a wealth of images in all conceivable media. They are demonstrably specific concerning the circumstances of arena combat, and transcend generalized images of victory and defeat to show detailed and repeated images of arms, armor, opponents, non-verbal communication, and contexts. The artists certainly had a firsthand knowledge of the events in the arena and created these works for a knowledgeable and interested public. Examining representations of gladiators and their counterparts, venatores, and comparing them with the illustrations from the first western fighting manuals of the Middle Ages and Renaissance, allows us to reconstruct the tactics of gladiators and venatores. Identifiable in the art are certain details such as stance, weapon placement, angle of attack, and tactics. Notable in images of gladiatorial combat is evidence of close work: grappling, throws, and wrestling that were, and remain, integral to military personal combat. This study confirms the notion that gladiators were highly skilled, specifically trained, and determined not just to kill their opponents but to entertain and display virtus.

The amphitheaters at Capua and Puteoli were built immediately following and modeled on the Colosseum at Rome. Their decoration is much better preserved, however, and represents the best evidence we have on the sculpture that decorated an amphitheater in the Roman world. Of the exterior decoration at Puteoli we have two large scale sculptures and from Capua we have 16 busts and 5 freestanding statues all of mythological subjects that demonstrate the sculptural program of the façade. From the interior there are a number of fragmentary marble relief panels dating to the mid-second century carrying commemorative and mythological scenes. The commemorative scenes show a variety of events including sacrifices and multiple images of the pompa, the parade that initiated the events in a day of games. These all share the use of the amphitheater as architectural context for the events establishing them as occurring immediately outside its walls.

The other scenes are mythological and include mythological figures boar hunting, the punishment of Prometheus, and the flaying of Marsyas. The myths portrayed are consistent with what Kathleen Coleman called fatal charades; the hunt may be a themed venatio while the Prometheus and Marsyas reliefs are similar or identical to prisoner executions performed as mythological enactments known from literary sources such as Martial, Strabo, Tertullian and Ulpian.

These self-referential decorations are designed to reinforce the activities in the arena and the value systems behind them while enhancing the experience for spectators.

S. Tuck “Spectacle and Ideology in the Relief Decorations of the Anfiteatro Campano” in Journal of Roman Archaeology 20: 255-272, 2007

I have identified two works of art from Pompeii that show the figure of Prometheus and his creation of man. One is the single surviving stone sculpture from the Triangular Forum temple at Pompeii . The other is a wall painting of a tableau of carpenters carried in a parade with a Prometheus image. The widely varying dates, locations, and media of these demonstrate how deeply the image of Prometheus permeated Pompeian civic culture as these two public works of art show him as a patron of the carpenters and metal workers guilds. They provide an opportunity to consider issues of the patronage of public art and the role of craft guilds in the social and political world of Roman cities.