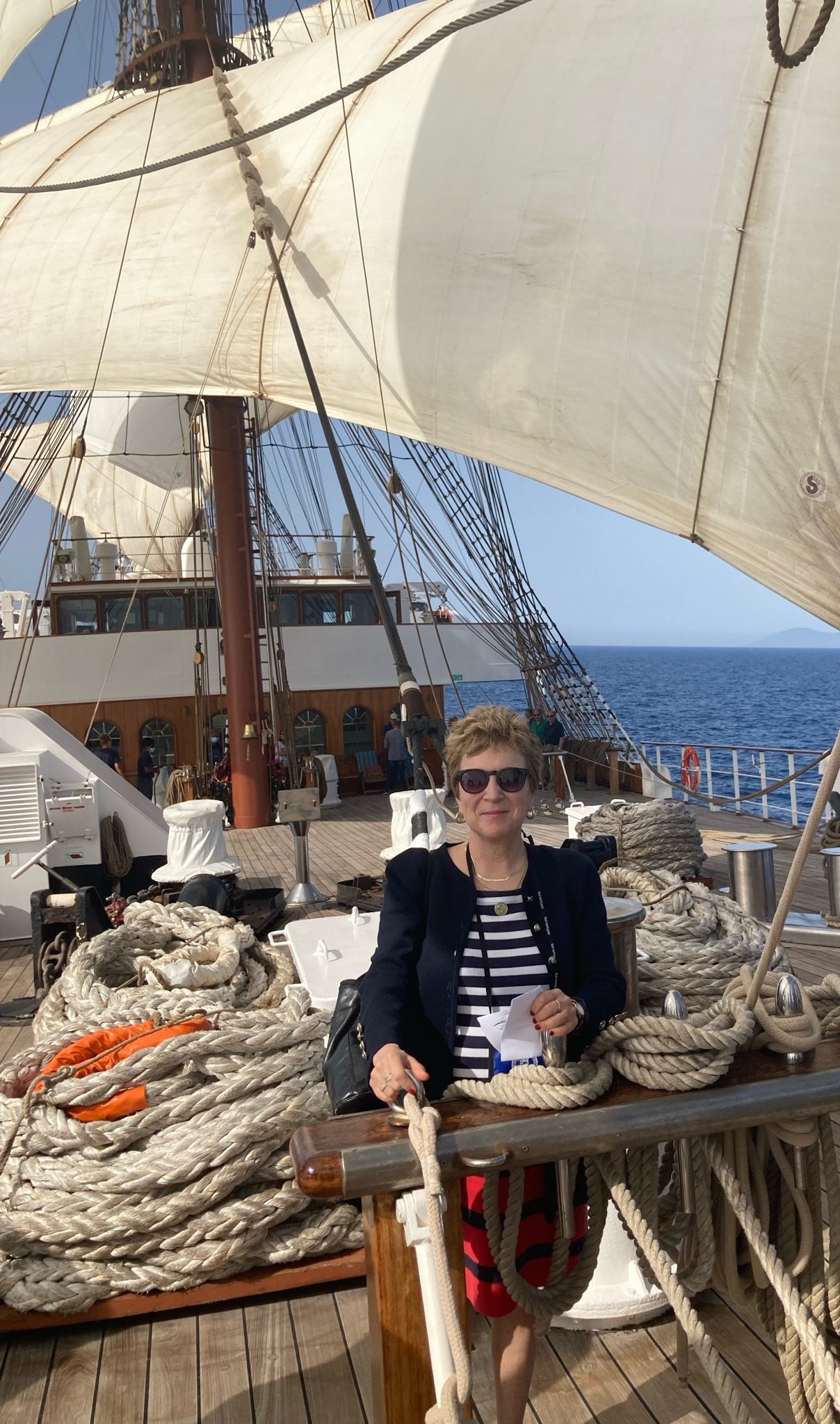 This month, we’re excited to spotlight Dr. Laetitia La Follette. Laetitia is the President of the Archeological Institute of America. She started her term as President in January 2020, right before the start of the COVID-19 pandemic, and will conclude her extremely successful three-year term as President in early January 2023. Laetitia is a Professor in the History of Art and Architecture Department at the University of Massachusetts, Amherst. She’s been a loyal friend of the AIA for decades, serving at both the national and local level in her Western Massachusetts Society. We asked Laetitia some questions about her interest in archaeology and we’re excited for you to read her words!

What interests you about archaeology?
I love the way archaeology speaks when history is silent. It uncovers the lives of people of different classes and cultures, offering a corrective to history books. Two examples: an archaeological dig at Plimouth Patuxet in Massachusetts is showing us how closely intertwined the indigenous Wampanoag and English settler communities were in the early 17th century. Similarly, the excavation of the skeletons of warriors who fell in the battle of Himera, Sicily in 480 BCE has revealed, through analysis of the DNA of their bones, that many of them were not Greek at all, but mercenaries born far away from Greek lands in what is modern-day Ukraine and Bulgaria.

How did you find out about the AIA?
I first learned about the AIA as an undergraduate through my teachers, attending my first Annual Meeting in 1975. Since then, I’ve worked on projects on the Athenian Acropolis, Tell Akko in Israel, and the Aventine Hill in Rome. I’m finishing a book on Roman marble portraits that were smuggled out of Rome in the late 19th century and resurfaced in Copenhagen. Over the years, I’ve been involved in many AIA committees, served in just about every officer role in my local Western Massachusetts Society, and at the national level of the AIA have held the offices of Vice President for Professional Responsibilities, Vice President for Cultural Heritage, First Vice President and President.

What are some of your favorite moments from serving as President these last three years?
Highlights of the last three years for me include the success of the new virtual lecture series launched during the pandemic called Archaeology Abridged, which has since expanded to include AIA Archaeology Hour. I am delighted to have secured National Endowment for the Humanities funding to support new and sorely needed post-fieldwork grants for archaeologists, and also about the Institute’s efforts in raising new emergency funds for heritage professionals. And I thoroughly enjoyed leading the Circumnavigation of Sicily aboard the Sea Cloud II, preceded by a land tour of Malta and its amazing megalithic temples, for AIA Tours this past summer.