Sheltering the Mosaics of Piazza Armerina: Issues of Conservation and Presentation 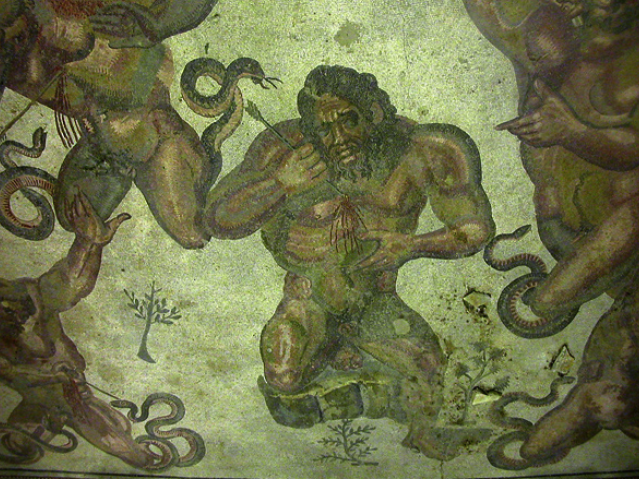 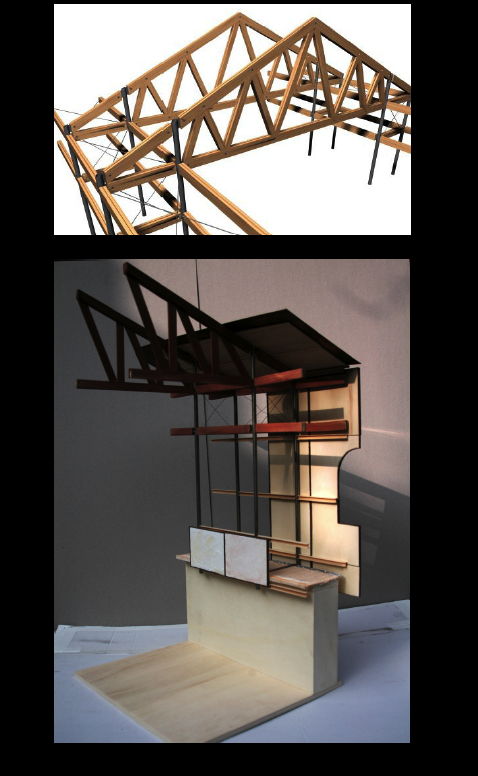 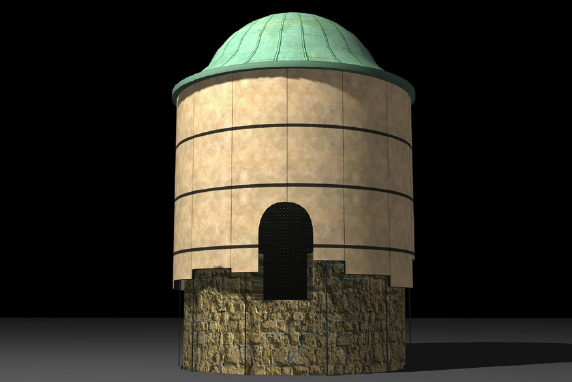 When dealing with archaeological sites one is often confronted with the preservation of surviving fabric that was designed and built for indoor spaces (mosaics, mural paintings, etc.) and that can hardly be presented  in an open environment. In these cases,  unless reburial is a viable alternative, the construction of a shelter is usually the  approach most often taken.

Designing a shelter, however, is not an easy choice since it entails a major contradiction: on the one hand we want fragile materials to be effectively protected, on the other we want to avoid any alteration to the site so as to preserve the fragmentary and natural appearance of the remains.

Shelters are an aspect of preserving archaeological sites that conservation theoreticians and practitioners  have addressed  for at least a century under different circumstances and with different results. There is no need to recall the lively debate on this subject and the number of alternative schemes adopted in the past – from the 1930’s “canopy” of Casagrande in Arizona to the Richard Meier’s recent building over the Ara Pacis in Rome – to show how critical and controversial the subject is.

Understandably shelters seem to present in an exaggerated manner all the difficulties and the built-in contradictions that must  be confronted when working on built heritage: to slow down decay without interfering with the authenticity of the fabric or place, to preserve a dilapidated building without completing the missing elements, to stabilize a fragment without restoring all the members that originally protected it, to keep the weather away from the remains without changing their relationship to the site, to protect the ruin without hindering the perception of its disiecta membra.

Indeed, one is forced to admit that no solution,  built or only proposed, has ever received  unanimous approbation by the public and the scientific community,especially when the size of the shelter is such that it becomes a building in itself and involves crucial architectural choices be it modern? mimetic of the landscape,or evocative of the original forms.. It is in this respect that it may be interesting to give an account of the project that is currently under way on the  major Roman site:of Villa del Casale at Piazza Armerina, Sicily.

The villa, built in stages between 300 and 370 AD, was not methodically excavated until 1929 when the nearly four thousand square meters of extraordinary floor mosaics and opus sectile in a remarkable state of preservation were brought to light.

By the end of World War II it became evident that the complex called for an urgent solution to protect the mosaics and in the late 1950s operations began according to the plans developed by architect Minissi. The shelter that was to become a milestone in the history of archaeological restoration, was a transparent structure of plastic and glass, meant to suggest the original volumes with an unmistakably modern material.

The intention was, beside protecting the mosaic floors, to re-integrate the architectural image without “imitating the original” and for this reason was enthusiastically approved by Cesare Brandi, director of  the Istituto Centrale del Restauro,  who must have considered it the three-dimensional translation of the tratteggio technique he was advocating for the integration of  losses in paintings and polychromed sculpture.

More recently, the condition of the mosaics and the shelter – which in fifty years have much deteriorated – has called for a total re-thinking of the conservation and presentation  and this has aroused endless discussions within the scientific community. It was clear in fact that replacing so large a shelter over such an equally large complex involved inevitable transformations of the archaeological site and required decisions that would have been far from neutral; and indeed, addressing the question of how to improve the preservation of mosaics and wall paintings, transformed a specific conservation problem into the even more complex domain of architectural and museological alternatives.

In fact, the various scenarios put forward during the long gestation of the project developed by the Regional Restoration Centre of  Sicily demonstrates how the same problem can be addressed in different ways, all  of which lack both  advantages and a certain coherence.On the one hand, Iit has been suggested to entirely re-build the lost walls of the complex in order to put back a roof ad identicum so as to re-create the most suitable climatic condition for the mosaics while another suggestion has proposed to build a huge dome-shaped structure clearly detached from the remains, covering the entire area.Others options have suggested  restoring the existing roof as it can be regarded as being  “historical”, a hypothesis that would also deserve consideration, were it not for the markedly obsolescent condition of the structures in question and the poor climatic conditions reigning inside the “green-house” designed by Minissi.

Bringing together different competencies and scientific viewpoints, the team of professionals called upon to develop a coherent solution to the problems of the Villa decided to abandon the proposals that had taken shape over time. The first one, the reconstruction of the monument as it was, has been turned down in spite of the good micro-climatic factors on the ground that such an extensive re-integration with no archaeological evidence was by no means acceptable.

The second proposal, the geodetic dome, was also refused for environmental  as well as for structural reasons.  A structure of 140 meters in diameter calls for gigantic foundation that would be unacceptable  in archaeological ground still yet to be excavated. Finally, the hypothesis of restoring the existing roof, strongly supported by some experts, was rejected for the following reasons:

1) the present condition of the roofing reveals serious problems both in the metal structures (extensive and advanced oxidation) and in the transparent glass and plastic sheets (water infiltration, yellowing of the perspex, etc.); moreover, the existing structure is inadequate, as for present codes of practice, to withstand wind and seismic action, so that to retain the existing image would call for a complete reconstruction in Minissi’s style;

2) a diffuse and sometimes blinding glare makes viewing the mosaics difficult and frustrating, not to mention the chiaroscuro effect due to the shadows projected on the floors by the metal structures supporting the transparent shelter; and

3) even worse, the temperature of the Villa is almost unbearable, especially in summer and basic well-being of the thousands of visitors who come every year is by no means ensured, as anyone who has viewed the mosaics on a sunny day can confirm. As a matter of fact, analyses indicate that internal environment (peaks in temperature, high relative humidity, frequent condensation, etc.) not only hinder the appreciation of the historic building and its valuable decorations, but also compromise the preservation of the mosaics.

Focusing on the main aim of the project – namely the preservation and the visibility of the mosaics – the different studies and simulations proved that without an opaque envelope it was impossible to control micro- climatic parameters. Moving therefore from the idea of a lightweight system capable to “restore” the light condition of the original internal space, a scheme was developed that can be described as an attempt to preserve the spirit of the Minissi project (the shelter suggesting the original volumes and, even more important, the catwalks for visitors set on the surviving wall heads to avoid walking on the mosaics) but changing its architectural skin.

To avoid any reconstruction and to minimize the intervention on the original masonry, the new structure is conceived to simply rest on the walls, its anchorage being entrusted to external anchor bars fixed into the ground.

To do so, engineers and designers worked together at length trying to solve all the problems involved in shaping the new supports, the wooden trusses, the parapets and, above all, the panels for the vertical enclosures.

The plan that was finally approved and that is now under construction entails a ventilated roof with a copper mantle and thin vertical panels so as to leave unencumbered space for the catwalk; shutters in plastered alveolar paneling – almost as though the plastering of the villa, detached and removed from its wall support, had reappeared, wrapped around the outer perimeter to protect it from the sun and the weather.

The volume emerging from the intersection of these surfaces will suggest the original one, but in an explicitly contemporary manner, without ambiguity. The absence of any external decoration and the reticulated structure inside the building will reveal the protective and functionally museological nature of the intervention.

As the work proceeds many difficulties have to be faced, mainly due to the irregularity of the remains (different height and different thickness of the surviving masonary, rarity of perpendicular angles, etc.); other problems arise from structural issues, especially while trying to reduce as much as possible the interference of the new construction with the original fabric.Crucial for the legibility of the interiors will also be the treatment of the surfaces and the integration of lost architectural elements such as columns, capitals and architraves.

The complexity of the operation obviously needs the contributions of several professions (archaeologist, conservator, geologist, architect, engineer) and a very sound understanding of conservation problems.

A site like Piazza Armerina entails unique problems and requires creative solutions that can hardly be found by simply following general guidelines or looking at a checklist for what constitutes the ideal shelter. What this project  reminds us all is that designing a shelter,  even based on scientific knowledge and technical skill, remains a critical and aesthetic activity bound by its time as much as its place.