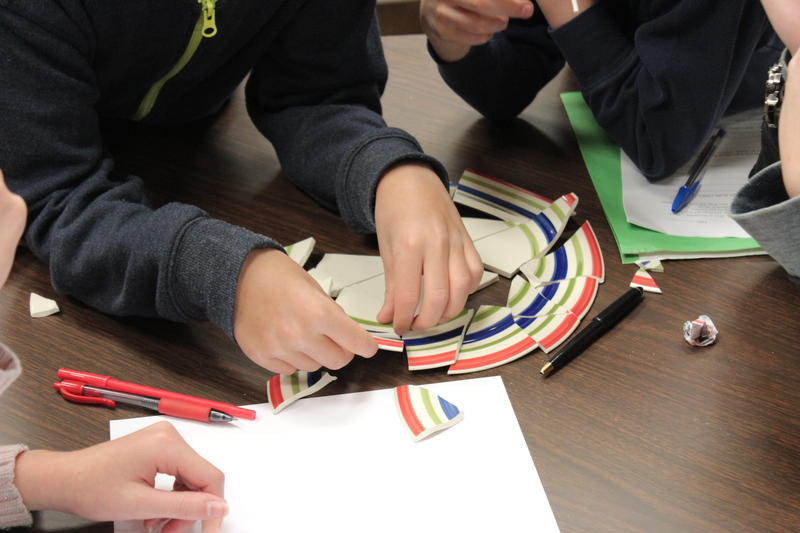 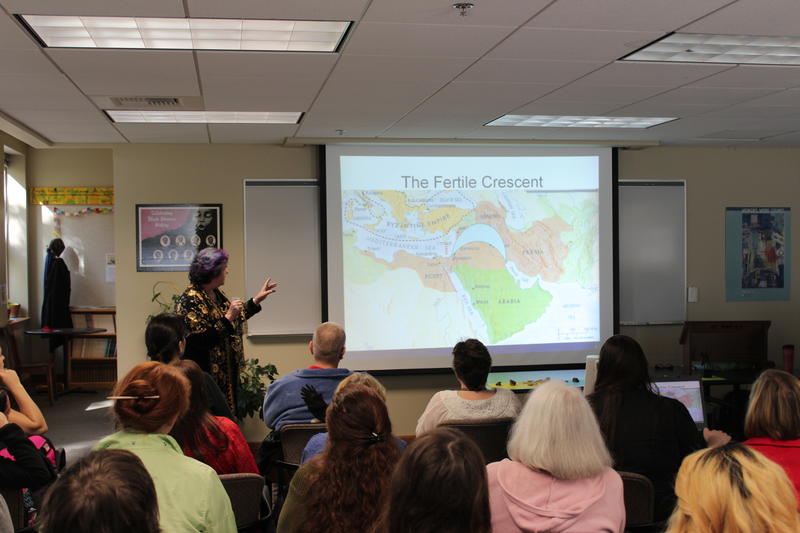 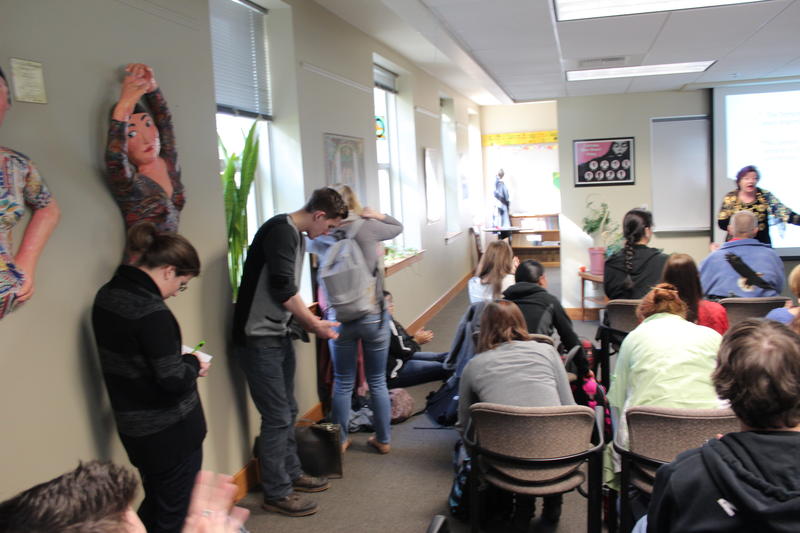 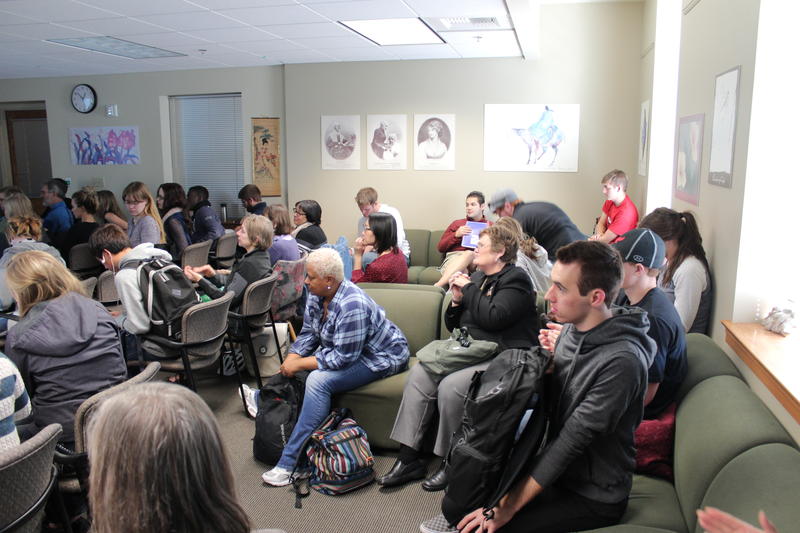 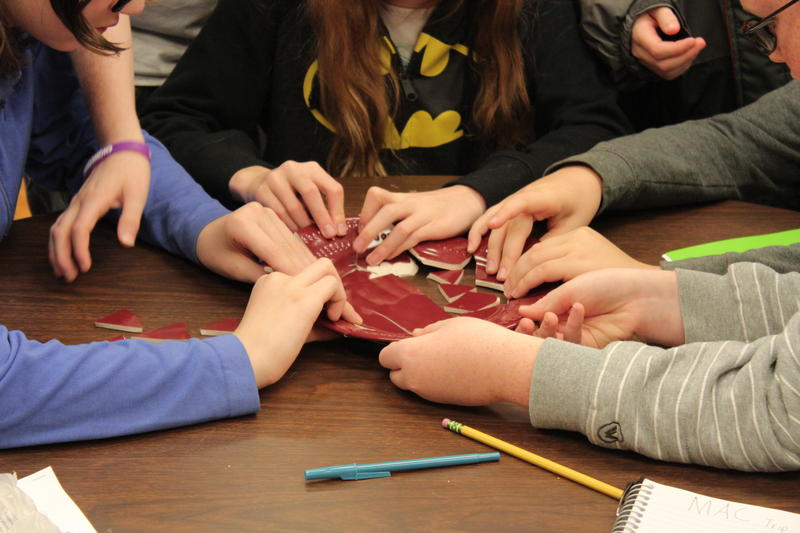 The AIA Spokane Society celebrated the 2013 International Archaeology Day over two days, with lectures and workshops.

On Wednesday, October 16th, the Eastern Washington University Women’s Studies Center, and its Manager Carol Vines, hosted a lecture by Dr. Bonny Bazemore entitled: The Archaeology of Gender and the Feminine Divine: Role Models for Modern Feminist Thought. Dr. Bazemore spoke about the excavations in the Rantidi Forest in Paphos District, Cyprus, where the sanctuary of the consort of the Paphian Aphrodite is located. Dr. Bazemore discussed the position of females in pre-Christian cults, and examined roles and role models for feminine behavior. Dr. Bazemore dressed in Middle Eastern formal wear for the occasion. Attendees included the students, faculty and staff of EWU as well as a number of members of the Spokane community, many who are active members of their local Spokane Society. Carol Vines stated that this was the most well attended lecture at the Women’s Studies Center in a very long time. Indeed, as the pictures indicate, the room was full to overflowing, with students standing against the walls or sitting on the floor. After the lecture, Dr. Bazemore displayed and discussed a small study collection of sherds from the Rantidi Forest sites, as well as geological samples such as obsidian and slag.

On Thursday, October 17, the Museum of Arts and Culture (MAC) in Spokane hosted a second event for Archaeology Day. This event was jointly organized and presented by Professor Kathleen Huttenmaier and Dr. Bonny Bazemore. Professor Huttenmaier is the Senior Associate in History and Women’s Studies, Eastern Washington University. This event was planned as an archaeological workshop for gifted students in area middle schools. While organizing this event, the response from teachers was so very positive that an additional session was added in order to accommodate the enthusiastic demand. After a very short introduction to ancient history, the students were divided into ‘excavation squares’. Each ‘square’ had a set of broken pottery which they had to reconstruct. Further, each ‘square’ had some pottery which belonged to the other squares as well. For this experiment, modern plates and bowls were used, although they were careful to use a type and quality which produced no sharp edges when broken.

The students found this exercise great fun, even surprising the organizers of the event! The excitement in the room was very high, and the exercise involved both team work and mutual cooperation with the students excitedly chatting to one another, and moving from group to group. In the end, each group was able to reconstruct their object (plates). There was a strong feeling of accomplishment and pleasure from the students. The students said that they now understood much more about the process of archaeology, and several expressed an interest in history and archaeology and commented that the event was very significant for them. The teachers were very pleased with the field trip as well, asking if it would be held again next year!

Working with the middle school students and their teachers was especially rewarding. None of the teachers had heard of the Spokane Chapter of the AIA and their active lecture program. It was a wonderful opportunity to conduct some community outreach.

In conclusion, the Spokane Chapter of the AIA had a very popular, well attended and successful set of events for the International Archaeology Day.