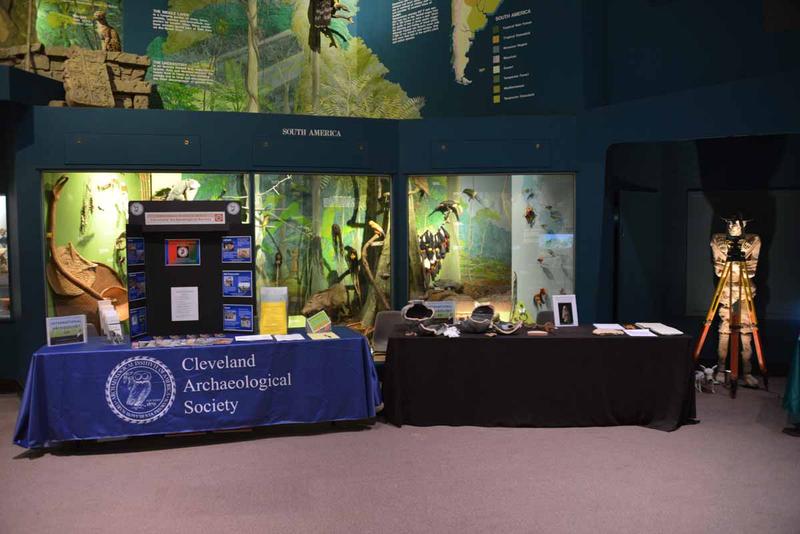 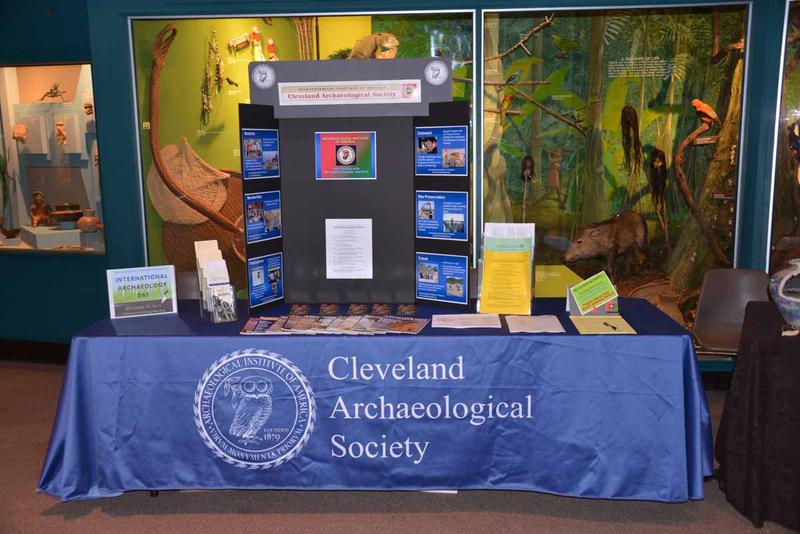 The Cleveland Archaeological Society (CAS) participated in the celebration of International Archaeology Day this past October 19, 2013, at the Cleveland Museum of Natural History. This event featured numerous exhibitors with tables set up featuring ancient artifacts, various hands-on activities for both children and adults, and numerous information stations aimed at explaining what archaeology is all about. In addition, the public was encouraged to bring in artifacts so that experts could help identify and explain their purpose and function. The CAS’s tables featured several hands-on demonstrations which included a couple of (modern) pottery vessels that were intentionally broken so that the public could try their hand at pretending to restore or reconstruct these “ancient” vessels. The public could also make their own rubbings of ancient Egyptian reliefs and the much beloved mummy mascot (pictured here) also made a return appearance which is always a crowd favorite! Besides having these hands-on exhibits they also had a table full of the “tools of the trade” so that the general public could actually see and hold many of the tools used by archaeologists in the field. Judging from the heavy crowd response (the museum says that 975 people visited the museum that day) it is clear that Clevelanders love archaeology and they especially loved Archaeology magazine, which we freely gave out to any interested visitor. All-in-all, it was a great day and the CAS believe that they made a significant impact in community outreach as it pertains to the goals and the mission of the AIA, the CAS, and to the science of archaeology itself.