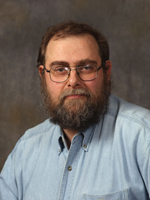 Dr. Aleksandr Naymark is an archaeologist and Professor of Fine Arts, Design, Art History at Hofstra University in New York. Born in Tashkent, Uzbekistan, and schooled in Moscow, Russia, Aleksandr returned to Central Asia as a member of an archaeological expedition at the age of 14. Two years later he enrolled in Tashkent University’s archaeology program, and in 1982 he graduated from Moscow University with an M.A. in Archaeology and an M.A. in Methods of Historical Source Studies. For eight subsequent years he worked in the Moscow Museum of Oriental Art, taking part in its Caucasian expeditions and directing its Central Asian expeditions. Between 1974 and 1991 Aleksandr participated in 31 historical excavations, 26 of which were in Central Asia; on eight of them he served as Director.

In 1991, Aleksandr immigrated to the United States, and the next year he enrolled in the Ph.D. program at Indiana University, Bloomington, where he earned a dual degree in Central Eurasian Studies and Art History. From 1997 to 1999, Aleksandr was a Horstman Fellow affiliated with the Eurasia Department of the German Archaeological Institute in Berlin. Since 1999 Aleksandr has been teaching at Hofstra University. He also taught as a guest lecturer at Humboldt University, Berlin, and at Columbia University, New York; and he held the Shama Fellowship at Oxford University three times. Aleksandr has authored more than one hundred publications on Central Asian archaeology, art, and numismatics. He just started a new archaeological project on Yer-Kurgan, the site of the capital of Sogdian Nakhshab principality, in modern Uzbekistan.