Travel Down the History of Crown Point Road with Barry Griffith 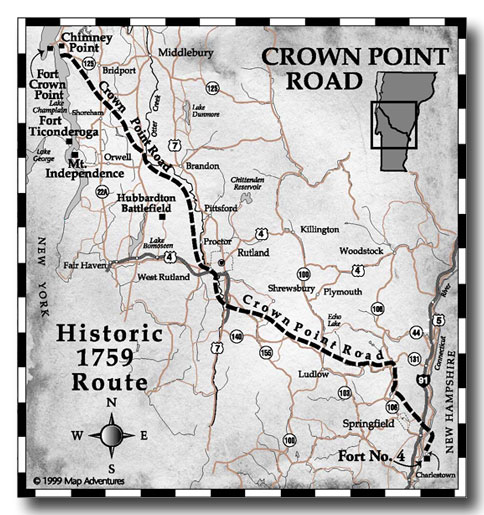 The Crown Point Road Association of Vermont observed National Archaeology Day on October 21 with a well-attended lecture on the subject of the construction of the old military road and the contributions of British Lt. John Small. CPRA Vice-President Barry Griffith gave a power-point presentation detailing the life of this extraordinary British officer whose travels in North America far outpaced many an American officer. Small’s service in both the French and Indian and Revolutionary wars included assignments in North America from Nova Scotia to Quebec, Albany, New York City and of course in the Lake Champlain area. As a trusted agent of General Jeffrey Amherst he served as scout, paymaster and overseer during the construction of the Crown Point Road – a vital link between the Lake Champlain forts and Fort No. 4 on the Connecticut River in 1759-60.