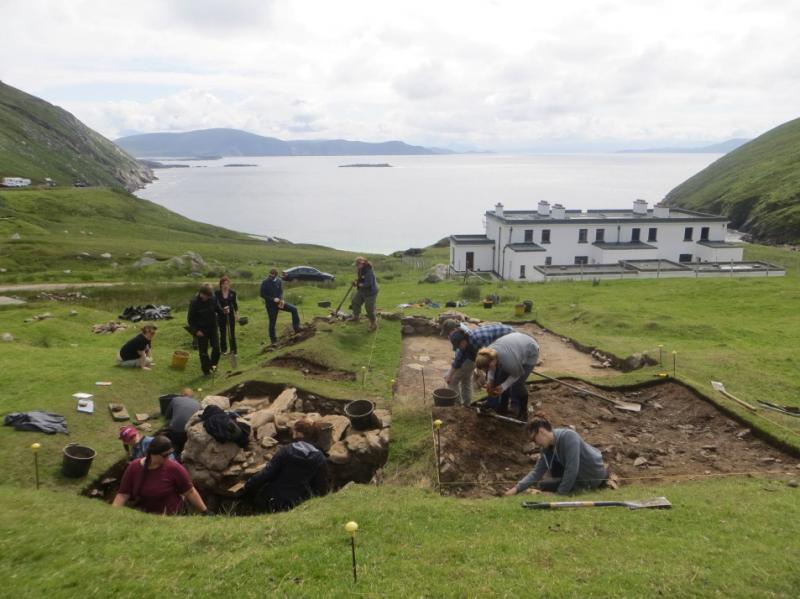 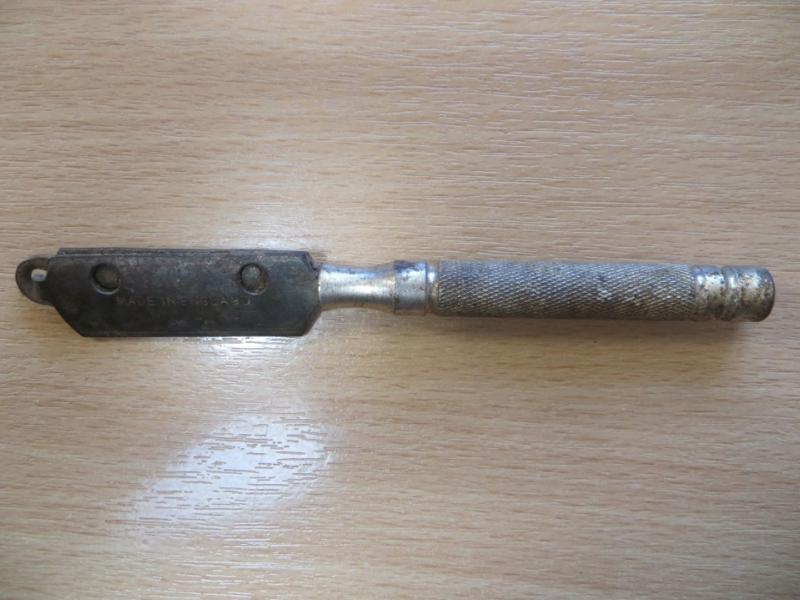 This week started with another two day course delivered by a guest tutor. This time around it was an introduction to ceramic identification and analysis, presented by Nick Brannon a long-time associate of Achill Archaeological Field School and former President of the Society for Post-Medieval Archaeology in the UK. Fortunately we had already produced a large ceramic assemblage from the excavation and the students were able to work with material they had excavated themselves, rather than with a teaching collection, something that provided a very worthwhile and immediate experience for them. On Wednesday we returned to Keem but for a field trip rather than to excavate. The trip took in Boycott’s house, the transhumant booley settlement at Bunnowna and finally the Look Out Post on Moyteoge Head overlooking Keem bay.

Thursday and Friday were spent opening up the remaining two trenches that would complete our investigation of the building. We began by metal detecting across the new areas and then carefully stripped away the grass by hand. During this process we had to keep a careful eye out for artefacts that might be found in the sod blocks that were being removed. Our vigilance paid off when one of the students spotted a metal object in the base of the roots of one of the blocks they were removing. This turned out to be a really quite special object called a stropping handle. This was used to grip the blades from early safety razors to allow them to be sharpened on a leather strop. The model we had found was identified that evening as a copy, most likely an illegal copy, of an Ericson Wizard. The Ericson Wizard was patented in 1922 and manufactured in Brooklyn, USA. The example we found was missing the elaborate Ericson logo and Wizard emblem and instead stated ‘made in England’. Obviously this object was manufactured several decades into the 20th century and can’t be related to the occupation of the building it was found within, but this leaves us a genuine puzzle; who did it belong to and how on earth had it ended up in the sod layer overlying the building? Once the sod had been fully removed from the new trenches the uppermost archaeological deposits were cleaned and photographed and prepared for recording during the next week.