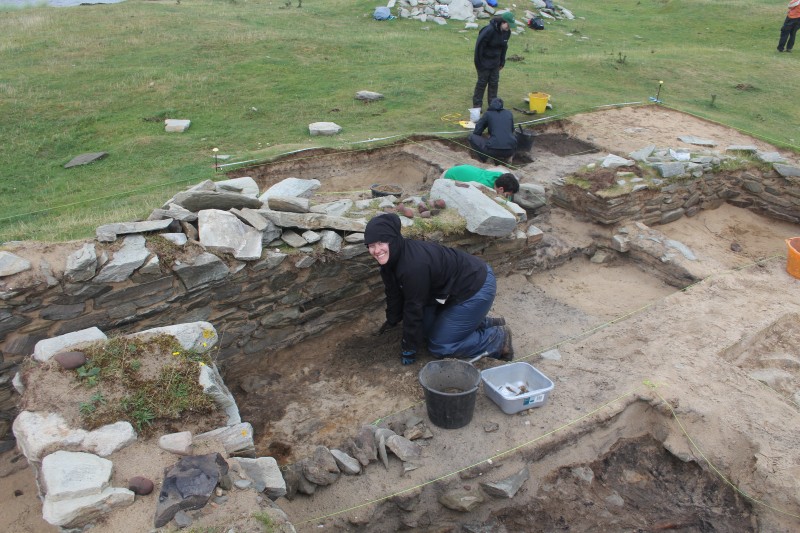 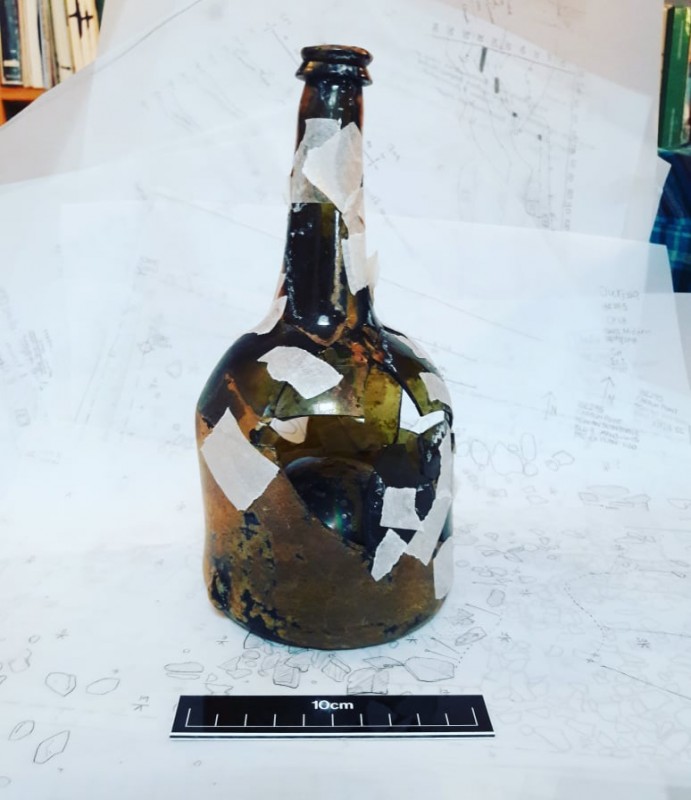 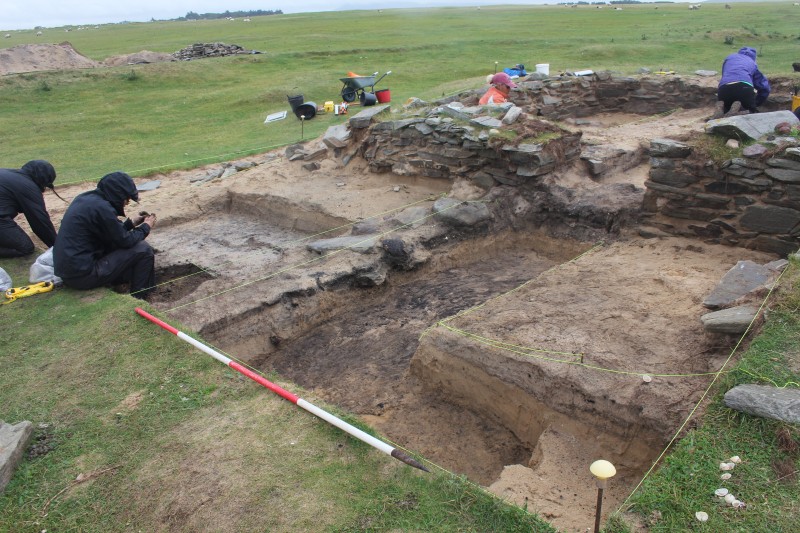 During week 13 we continued to investigate the interior of the building. With the secondary deposits almost entirely removed we are now in primary occupation material. Dark occupation layers composed of sand and peat cover most of the internal floor area, and are suggestive of the repeated addition of both materials to the floor surface. Along with occasional pieces of marine shell we are finding fragments of butchered animal bone and green glass, but so far only three tiny sherds of pottery—coarse red earthenware—have been found.

This week we found four glass bottles dating to the 18th century; three partially surviving examples from inside the building, and a fourth—almost complete example—from the area to the north of the house. We had a lot of fun refitting the latter bottle in the lab! These bottles are an exciting find and they challenge us to reassess what we think we know about life in 18th century Ireland. By analysing the form of the bottles we will be able to date them reasonably accurately.

More evidence of the clay flooring is turning up as we reach the bottom of the internal stratigraphy. To the north of the house our sondages are beginning to investigate the layers beneath the structure giving us clues to the development of the settlement over time. On Wednesday we made a field trip to the National Museum of Country Life in Castlebar. The museum holds a large collection of Irish folklife material and it is invaluable in helping us to imagine how the building we are excavating may have been furnished.