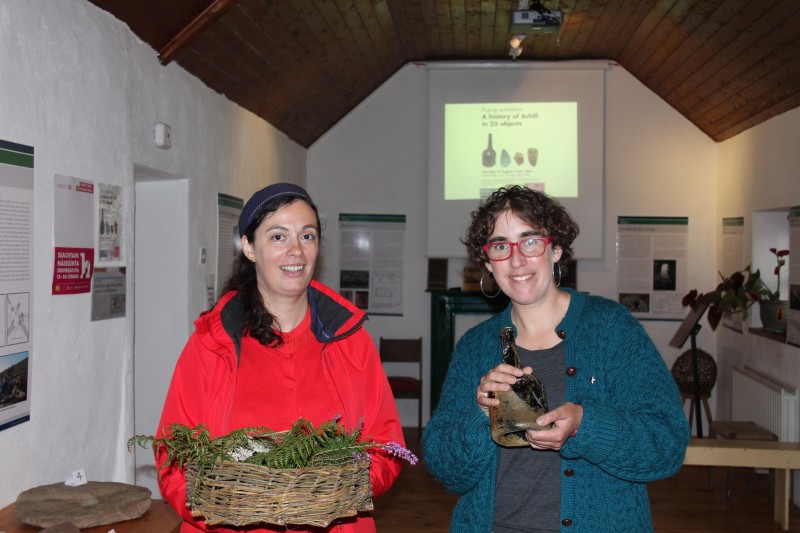 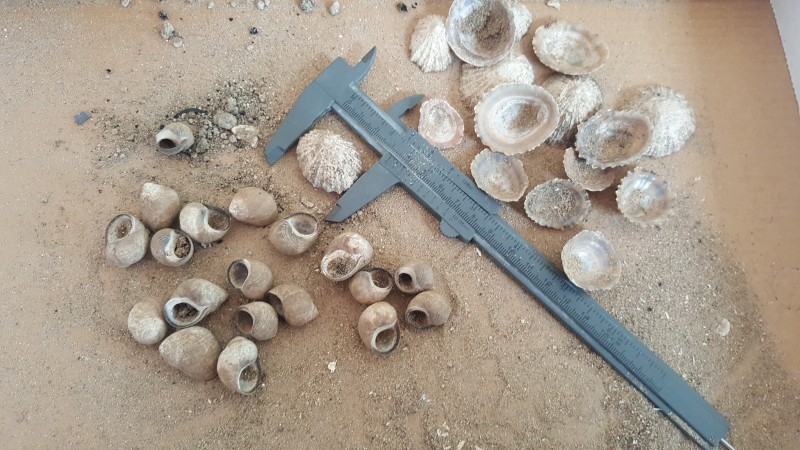 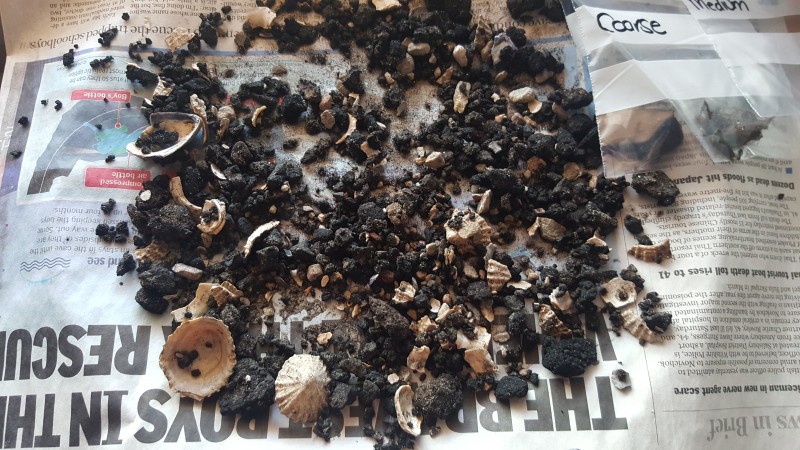 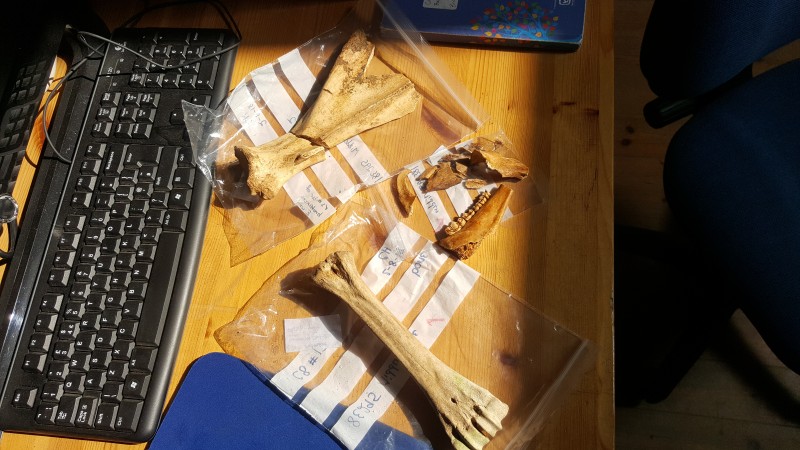 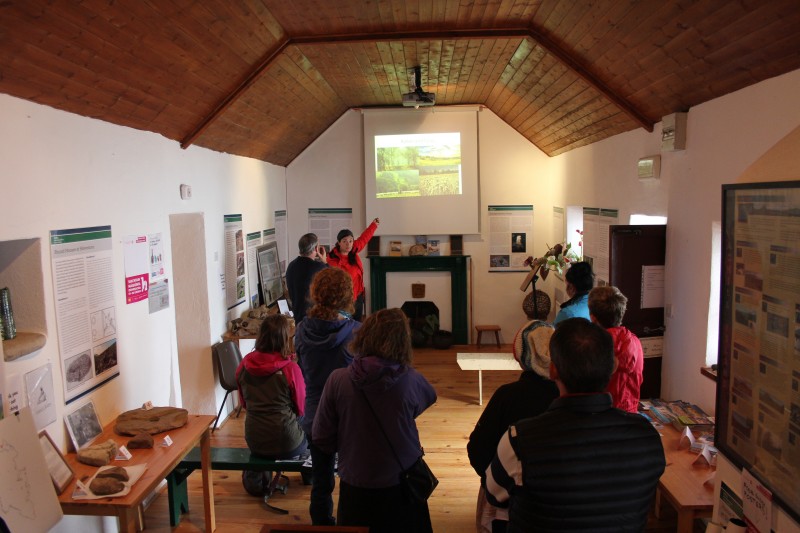 With the excavations done at Caraun Point, post-excavation analysis could begin. Before delving into shell sorting and soil sieving we spent one last day on site doing some last bits of survey work. Using a total station, we recorded the location of our trench corners as well as the base points for our midden surface surveys. We also continued our ongoing survey of the eroding coastline at the site, before getting rained off. After that it was back to the lab. Soil floatation took the better part of a day. Most of what was collected in these was small pieces of turf, shell, and sherds of bone.

The faunal remains from the site also had to be identified and analyzed. Specimens were identified to element and species. Most of the assemblage comprised cow and sheep/goat; some interesting patterns were discerned with evidence for a post-habitation use of the space. A number of specimens had butchery marks and a few even had evidence of skinning.

The shell samples we collected also had to be counted, identified and measured. Limpet and winkle dominated the shell assemblage: both edible and easily found on the beach today. The limpets also showed some interesting patterns in terms of size with those found in occupation layers being larger than those from wind-blown sand layers, probably due to human selection.

On Saturday 18th August we were delighted to host a pop-up exhibition at our centre celebrating Heritage Week 2018. Heritage Week is an initiative of the Irish Heritage Council and aims to highlight the rich heritage on the island of Ireland. Our exhibition was entitle ‘a history of Achill in 25 objects’ and comprised a selection of 25 artefacts excavated by the Achill Field School since 1991. We also were delighted to welcome palaeoenvironmentalist Carla Sá to join us for the day. Carla and our field director Eve gave short talks throughout the day and guided visitors around the exhibition.