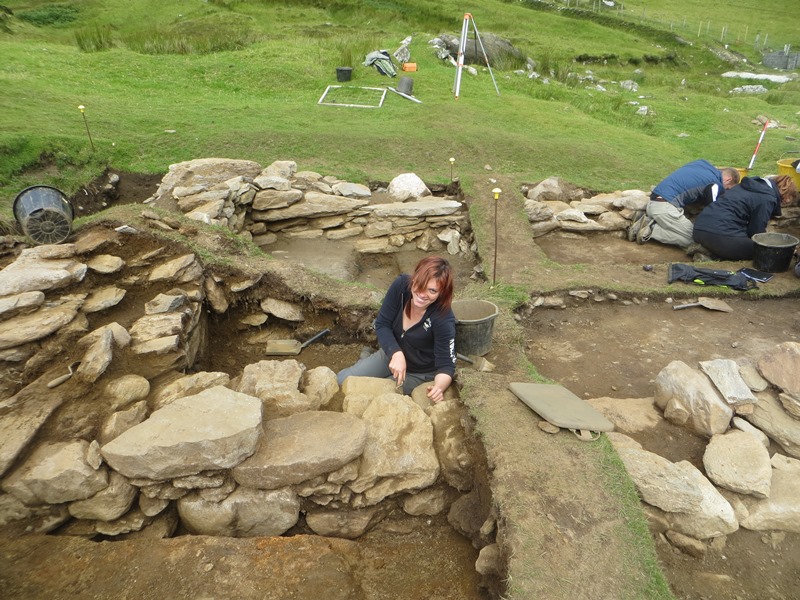 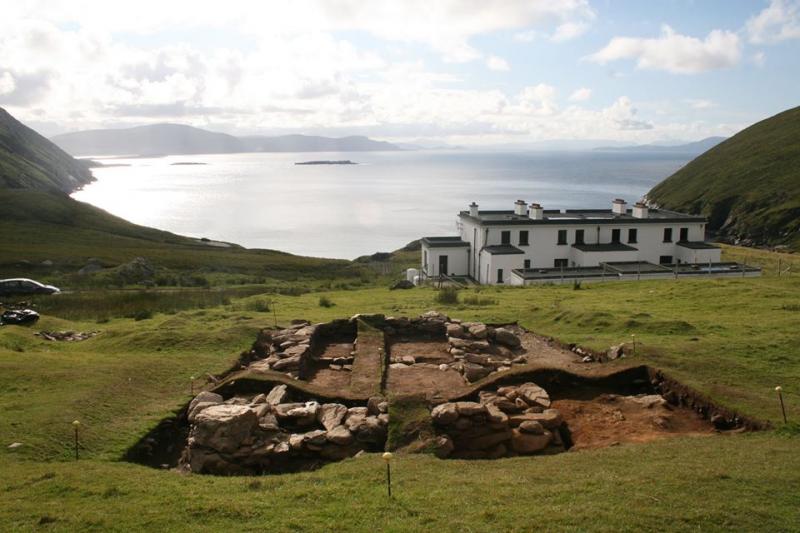 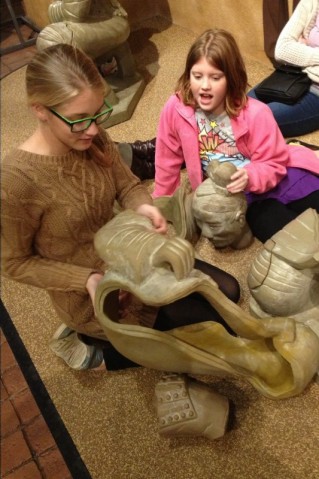 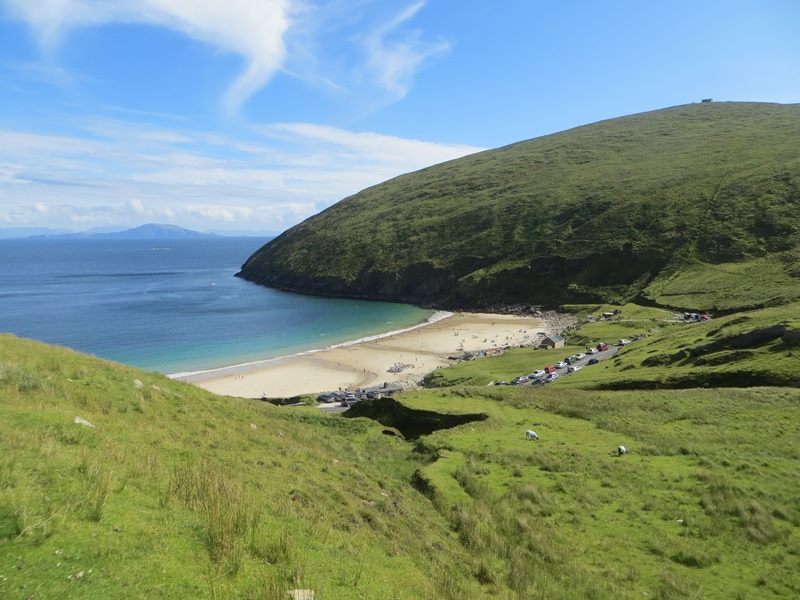 Week Five at Keem Bay (week 12 of the season) began with the arrival of the penultimate group of students for the 2015 season who were to join us on Achill for two weeks. The goal now was to spend the next fortnight completing work on the house at Keem Bay and making sure it was backfilled before the final group arrived to undertake two small excavations elsewhere in the Keem settlement.

Monday began with an introductory lecture covering the archaeology of Achill Island and attempting to place it in an overall national framework. In the afternoon we hiked up to Slievemore to see the Deserted Village and some of the other sites found on the mountain’s lower slopes.

Tuesday saw a return to the site at Keem and the remainder of the week was spent excavating and recording House 3. The first job that needed to be completed was to finish the excavation of Trenches 3 and 4, essentially removing the rubble layers that the previous group of students had exposed and recorded. The new students got stuck into removing the layer of stone and soil, slowly exposing the next layers in the sequence. Outside the building, this essentially consisted of the top of the natural mineral soil, whilst within the building the uppermost floor surface was revealed. Once the rubble was fully removed the site was given a thorough cleaning and then photographed. The next job was to complete the section drawings of the long side of Trench 2. At 9 meters in length and encompassing a considerable height drop this section had to be broken into two parts to be recorded. Whilst this was being done Reagan, the sole survivor from the previous group of students, who had been joined this week by his brother Ryan, set to work on the interior of Trench 4, working to carefully expose the cross-drain.

Friday was spent beginning the process of carefully removing the cross baulks that had so far divided the site into four separate areas. This is quite a tricky process as whilst the temptation is to simply remove the baulks rapidly, it is important to make sure the same standard of finds retrieval and recording is maintained.