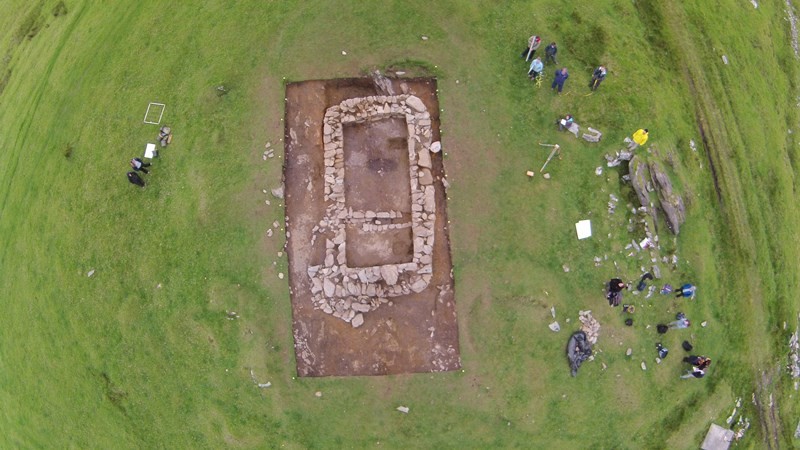 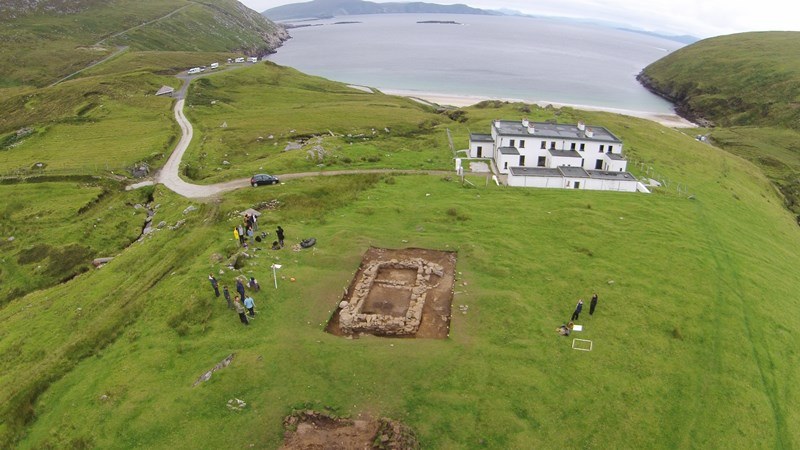 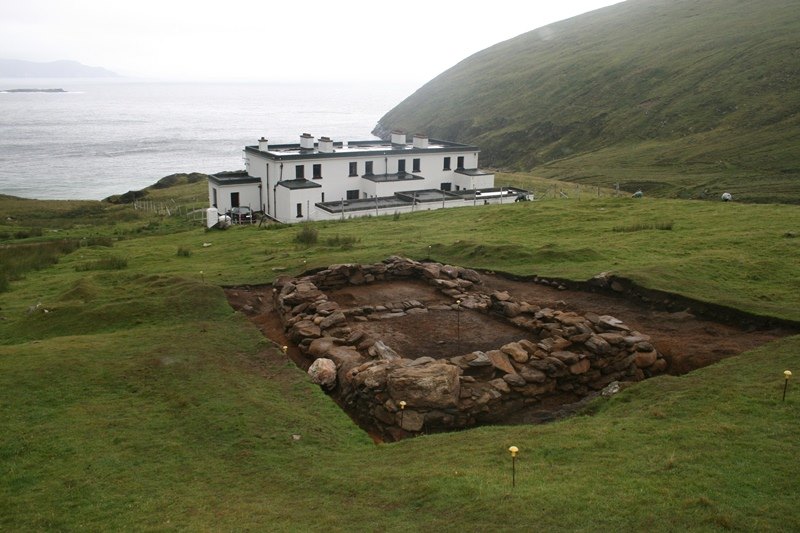 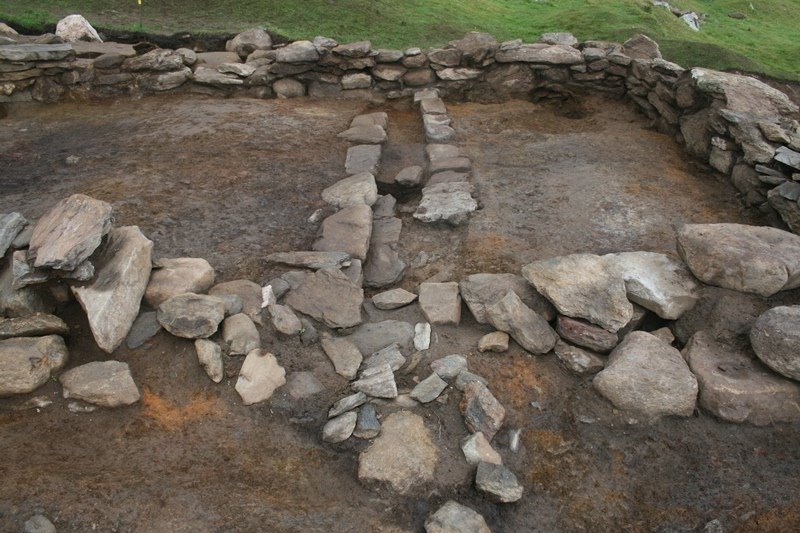 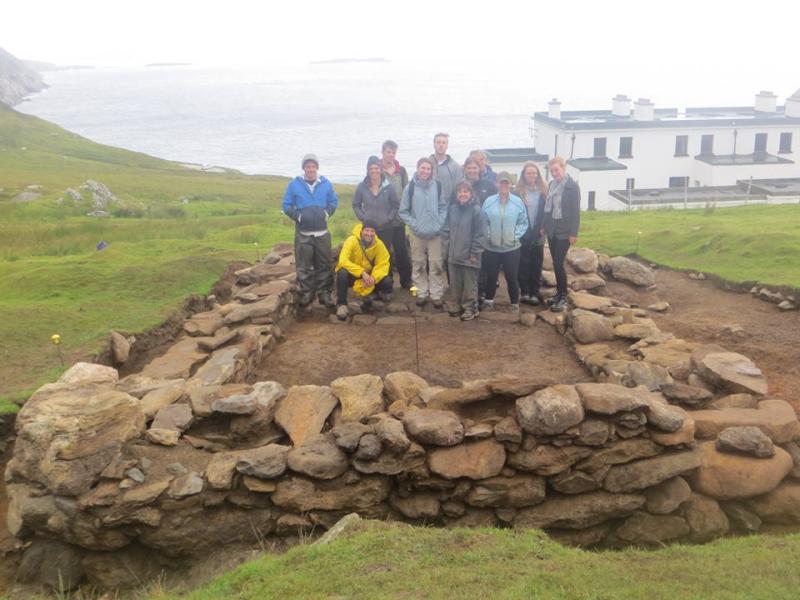 The final week at House 3 in Keem Bay began with a last day of major excavation and cleaning. The final part of the cross baulks were removed and then the entire site was given a careful clean. Outside the building the natural mineral soil was trowelled to a bright orange finish and the deep terrace cut into the hillside in which the house was sited was fully exposed for the first time. Inside the building the floor surface was cleaned, recorded and then removed, and work concentrated on excavating the fill of the cross drain and exposing and cleaning the hearth that had previously been largely concealed by the cross baulks. As Monday drew to a close we were able to take a final set of photographs showing the whole building now fully exposed and cleaned.

Tuesday and Wednesday were then spent completing the recording process, with the students working on a wonderfully well-drawn 1:20 scale plan of the site, complete with a 0.5m interval topographic survey taken using the site Auto Level. Whilst this was going on I took the opportunity to double check the written record prepared by the previous student group to ensure we had all of the information about the site properly recorded. On Wednesday afternoon John Mullins of Aerial Video Ireland arrived on site with his Phantom Drone and took a marvellous set of low-level photos of the site and a lovely video of his flyover.

With the plans completed late on Wednesday the process of back filling the site could begin. This was quite a big job, given that the final trench measured 13m by 7m, but with a large student group it didn’t take too long to make a considerable impact. Sometime on Thursday morning we completed the backfilling part of the process, and moved onto neatly relaying the turfs (sods). It was important to do a really neat job with this as we hope that the backfilled site, with the internal wall faces left exposed, will become a new element in the tourist route around Keem Bay. By the end of the day this work was completed and the site looked ready to be left for a couple of years to let the turfs regenerate fresh grass growth. Achill Archaeological Field School staff will monitor the site over the next few years and undertake any additional work that might be needed to make sure that the reinstatement has been successful, and the overall look of the site has been improved by our efforts.

With work on the site completed on Thursday evening, the morning of the final day was spent in the computer lab running the new students through the process of digitising site drawings, in this case the section drawings from the site. As Reagan was already well versed in Auto Cad by this point he spent the morning working with Trainee Supervisor, Christina, processing a number of important soil samples, including the soil sample from the pit which contained the carved stone head up at the Cromlech Tumulus site. In the afternoon we went for a hike over to the booley (transhumance) settlement at Annagh, and with splendid weather and amazing views of Clew Bay and Blacksod Bay this seemed like a particularly good way to end the modular courses.