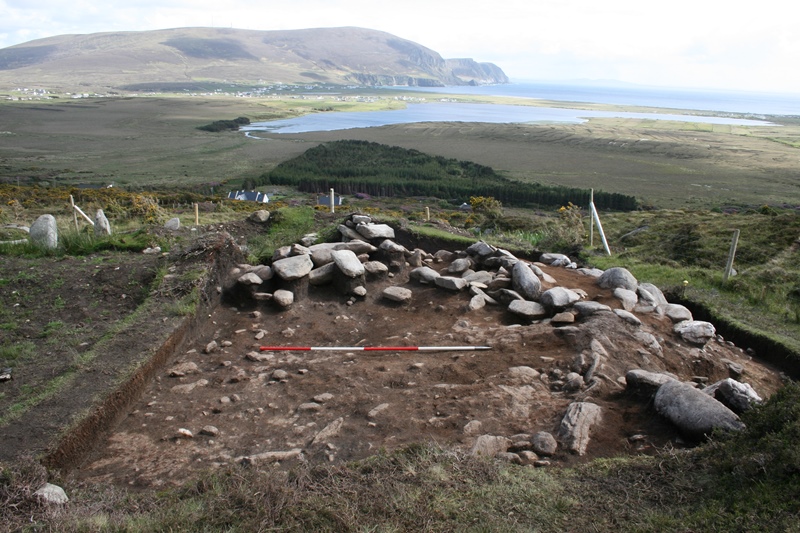 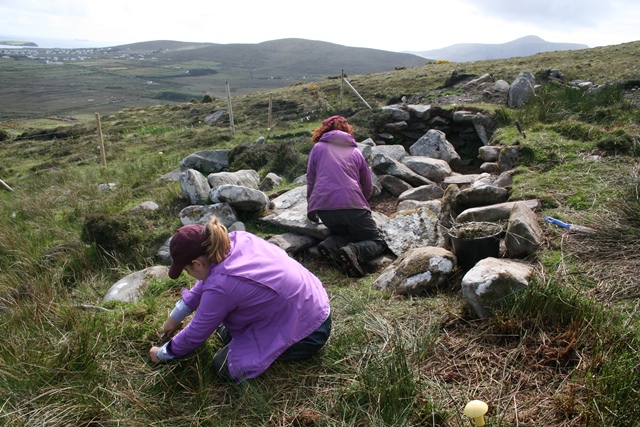 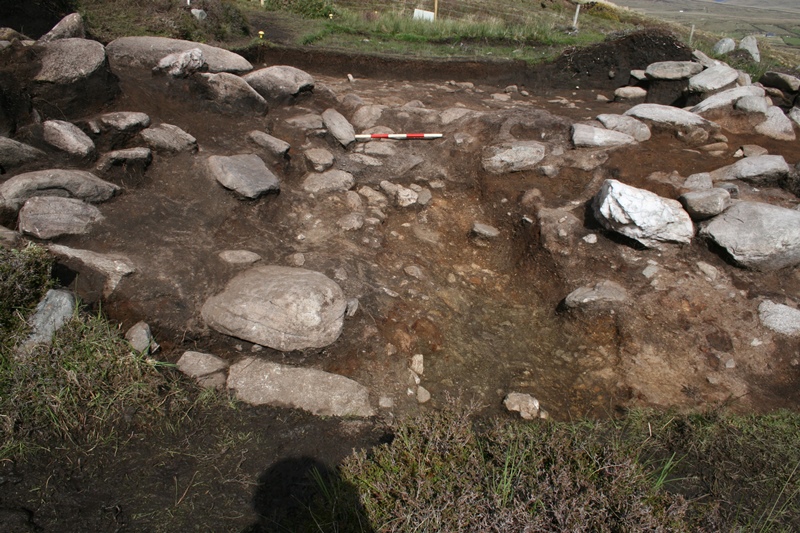 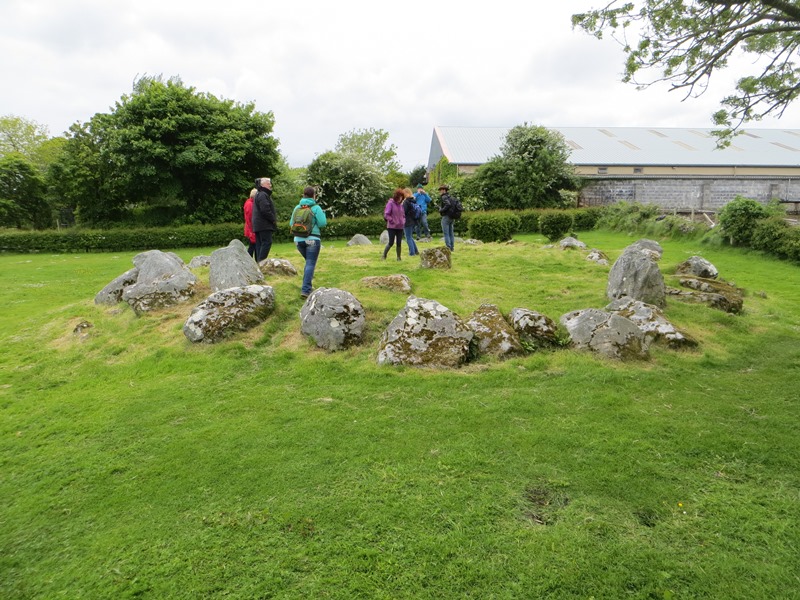 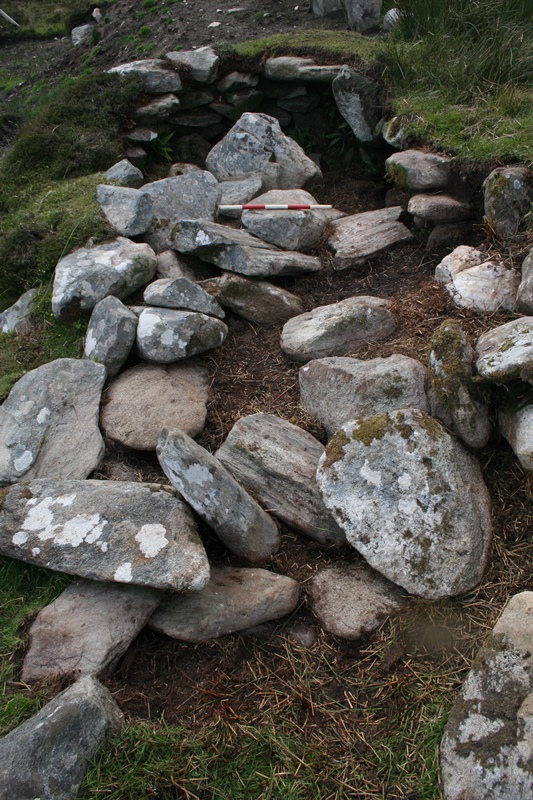 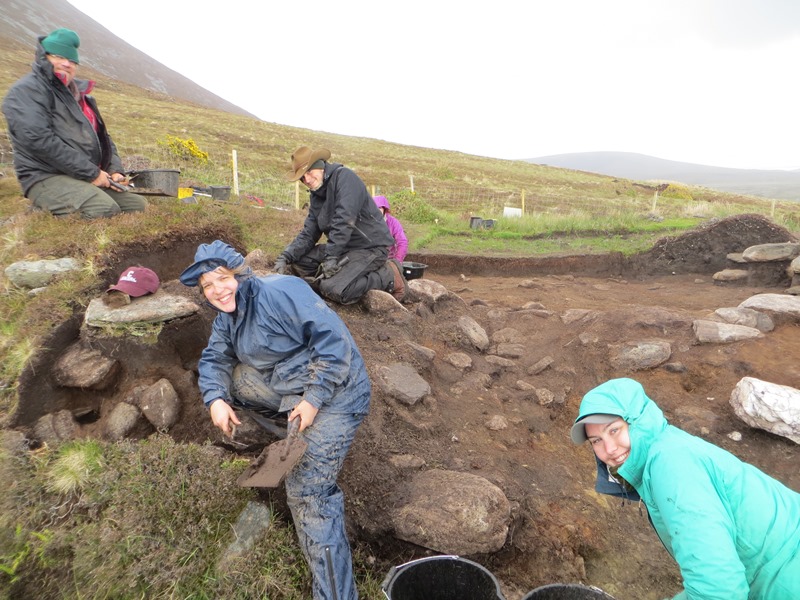 The second week marked the beginning of the first of the main student groups to arrive for the summer, and we were joined by Cameron, Carolynn and Eric from the United States and by Amber from Canada. The week began with a series of lectures and a walking tour of some of the main sites on Slievemore, all designed to provide a thorough orientation in regards to the archaeology of Achill Island and the research undertaken by Achill Archaeological Field School. By Tuesday afternoon the students were ready to get going and they spent their first afternoon on site, removing turfs from the unexcavated part of Quadrant Three. Wednesday was unfortunately a write off as it was just too wet and windy to safely work on the site, and so we spent the day inside, with the students starting to work in the library on their research papers, and listening to a couple of additional lectures in the afternoon. Thursday and Friday were spent up on the site, cutting the sides of the trenches straight and cleaning up the uppermost archaeological deposits ready for a photograph to be taken. The cleaning was completed on Friday afternoon so with a bit of spare time on our hands we undertook a bit of gardening on the eastern part of the site, clearing away rushes and heather to give us our first clear look at the main structure in that part of the site. The day ended with a great photography session and the site was left ready to be planned at the start of week three.

On Saturday we took the students on an all day tour to County Sligo where they visited Sligo Abbey in the heart of the town, the Carrowmore Megalithic cemetery where almost 50 tombs are overlooked by Knocknarea Mountain, to St Columba’s Church in Drumcliff where W.B. Yeats is buried amongst the remains of an important early church, and finally to Creevykeel, one of the largest and best preserved court tombs in the country, excavated by a team of archaeologists headed by Hugh O’Neill Hencken from Harvard University in the 1930s.