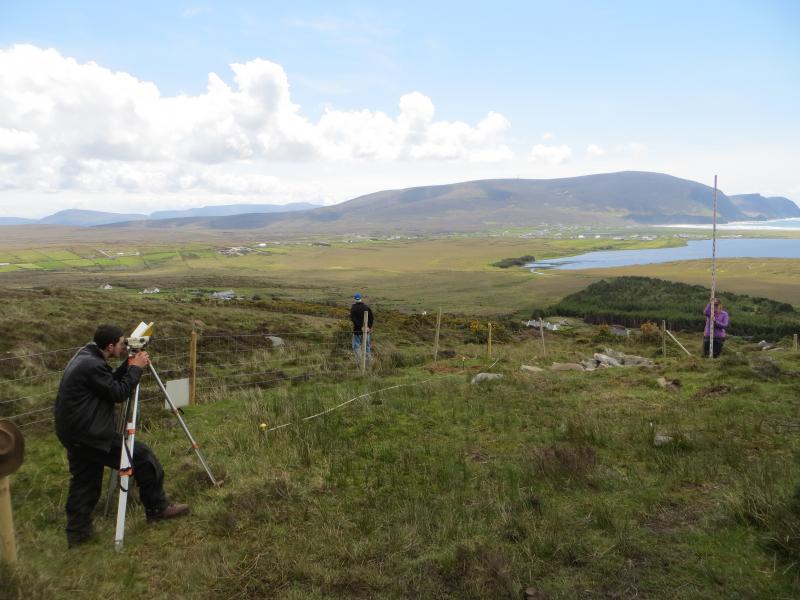 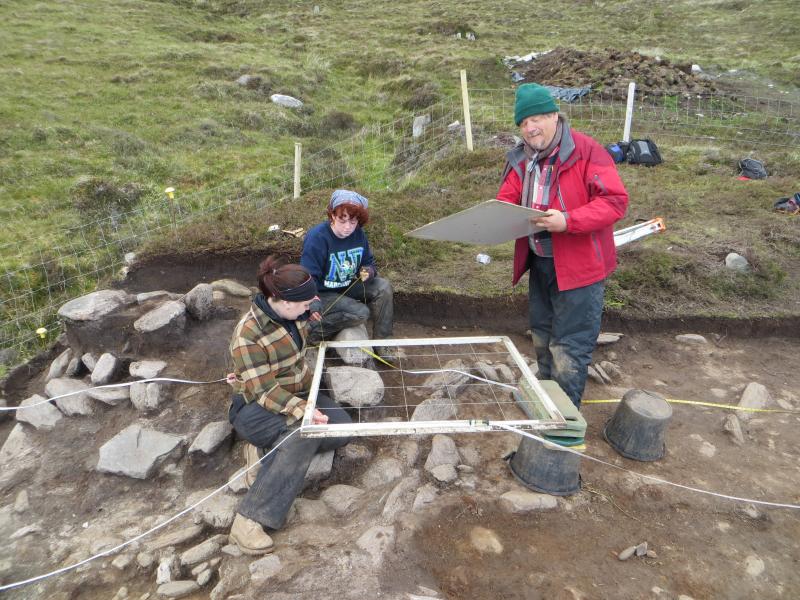 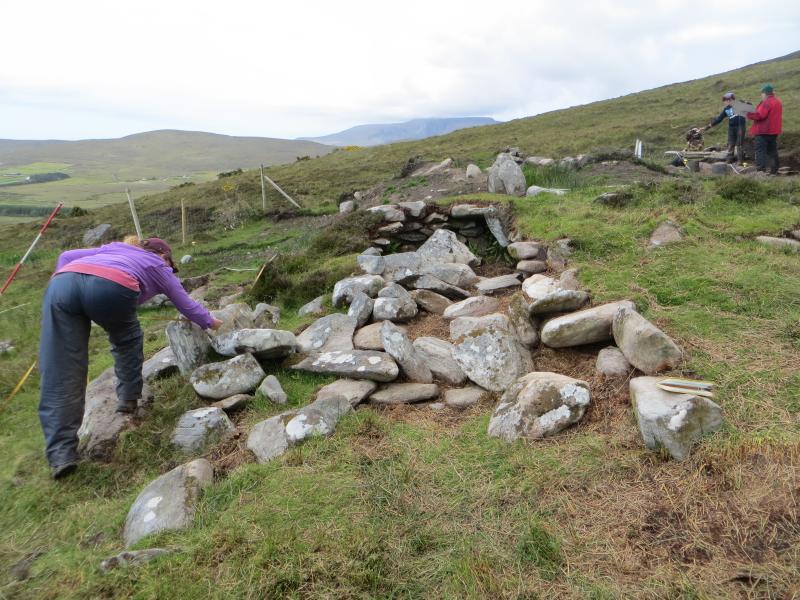 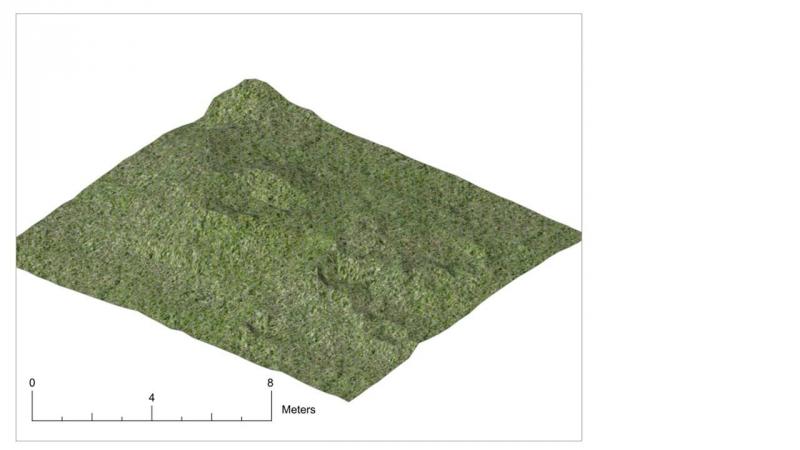 After heavy rain over the weekend, the first task this week was to clean the trench up again in order to start planning the upper surface of the pre peat soil layers. Once this was done, Abby, Eric and Amber began planning the trench using a planning frame in order to create a detailed 1:20 scale record of the site at the top of the main sequence of archaeological deposits, an intricate task which would take them several days to complete! Carolynn and Cameron began clearing the overgrowth that had until this point left the eastern part of the site concealed. Carefully the rushes and heather were cut down to the ground level and by Tuesday afternoon the elements that comprised the eastern half of the site were revealed for the first time with any clarity. Once the vegetation was completely trimmed back we undertook a detailed topographic survey of that part of the site, using the site level to record heights every at every 50cm interval across the site grid. By the Thursday afternoon both the plan and the topographic survey had been completed and on Friday the students spent the day in the computer lab where we digitised the plan of Quadrant 3 and generated a 3D model using the results of the topographic survey. This was then attached to the model of the western half of the site that was recorded in 2014 and we achieved a major milestone, a complete 3D representation of the entire excavation area.