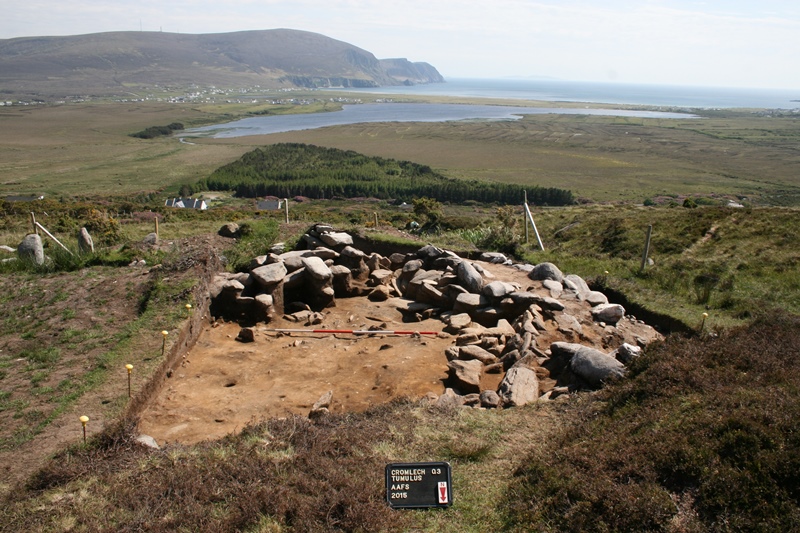 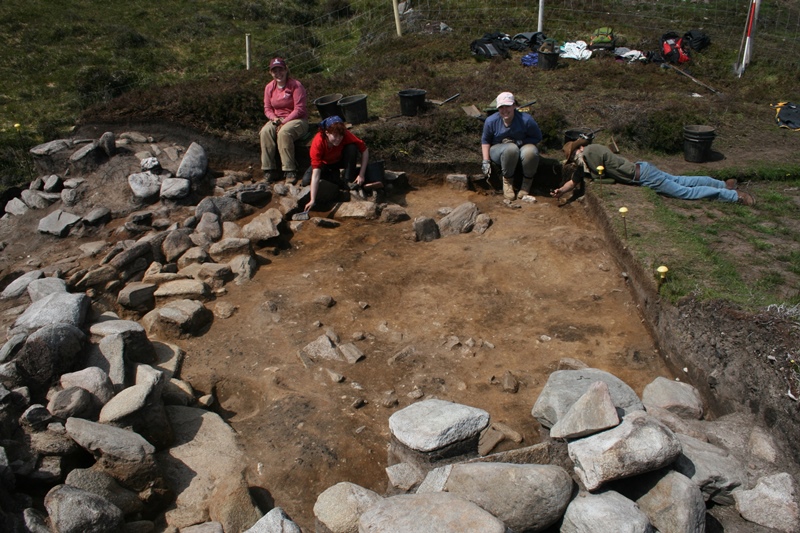 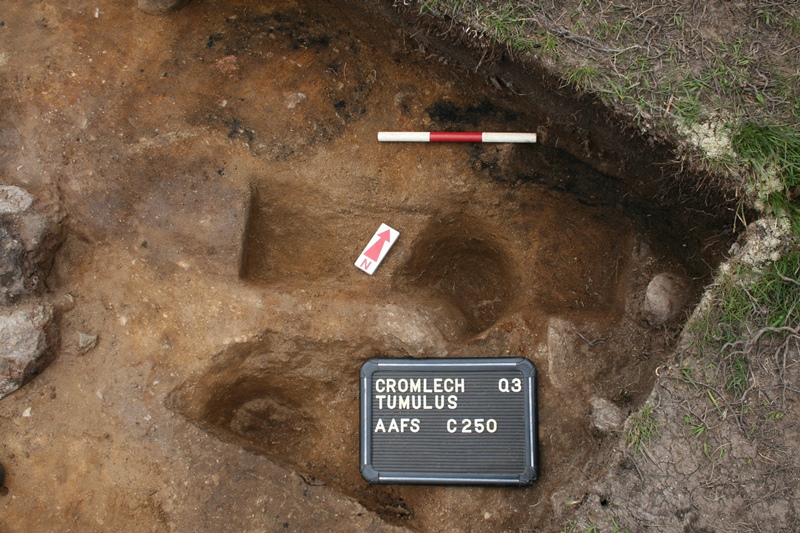 This week we were joined by Rena Maguire, a Ph.D candidate from Queens University, Belfast whose specialty is Finds Drawing. On Tuesday, Rena gave a master class to the students on how to draw archaeological finds, with some really top quality drawings ensuing from the students.

The majority of week 4 was spent carefully trowelling away the soil layers overlying the interior of the site. The uppermost layer proved to be a grey clayey silt that we were able to identify as being a post abandonment turf layer based on our experience of other sites Achill Archaeological Field School has excavated on Slievemore. Below this there was a thin layer of eroded soil, derived in part from the slumping of the earthen elements of the main enclosing wall, and in part simply from the erosion of the ground surface during occupation. Whilst this colourful layer was full of charcoal and was not in itself uninteresting, the real goal lay below it. Removal of the lower of the two overlying soil layers revealed the original occupation surface and, as had been hoped, there was plenty of evidence of post holes, pits and gullies, matching the results from the excavation of the adjacent quadrant in 2014.

At the end of the week we split into two groups with Eric, Amber and Rena staying at the Cromlech Tumulus site to begin excavating and recording the individual features we had revealed, and Abby, Carolynn and Cameron heading over to the Danish Ditch to extend Trench 2 to the north to try and resolve what the spread of stone was that had been found above the field wall during Week 1.