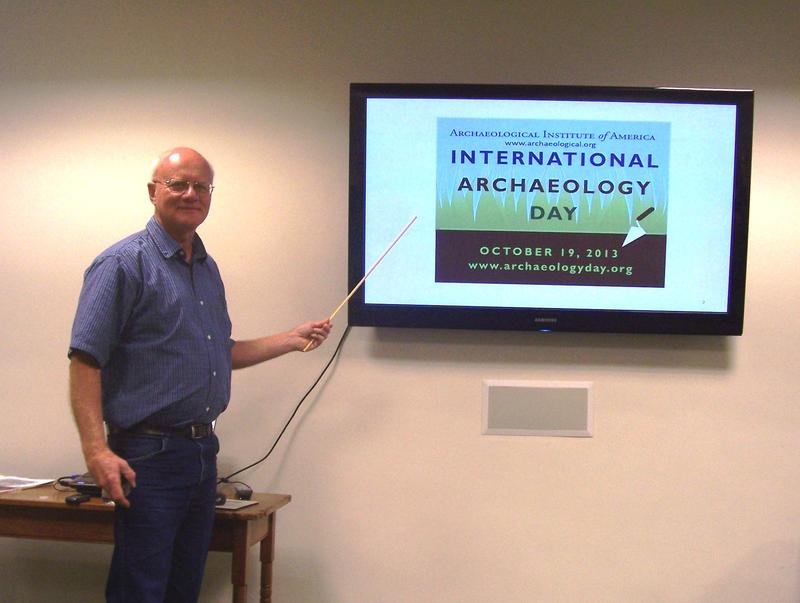 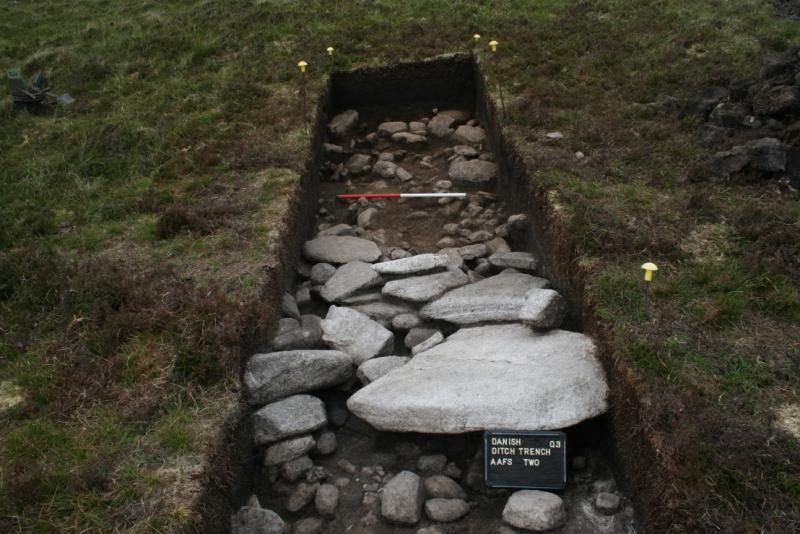 We split into two groups at the start of Week 5. Abby, Cameron and Carolynn headed back to undertake the extension of the trench over the Danish Ditch that we had excavated during the first week. Eric, Amber and myself starting to work on the myriad small features that had been revealed within the building in Quadrant 3.

Work on the Danish Ditch extended the northern edge of the trench by two meters, allowing us to properly examine the spread of small stones we had observed above the row of boulders that ran across the middle of the trench. The stones continued right across the extension to the trench but there was no sign of a second row of boulders. This seems to indicate that the small stones are simply collapse from a narrow wall, rather than the rubble core of a wide double-faced wall, as had been suspected.

On Wednesday, we went on a field trip to explore Achill Beg, a small island that lies just off the southern tip of Achill Island. Achill Beg was finally abandoned in the 1960’s when the last families living on the island moved across to Achill Island. The island features some really great archaeological sites including the abandoned early modern agricultural landscape and settlements, a large shell Midden site and several really impressive promontory forts. On the way back we stopped at Kildavnet to see the church and graveyard, and the O’Malley Tower House that once belonged to Grace O’Malley, the enduringly charismatic Pirate Queen of Clew Bay.

At the end of the week we completed recording the features that Eric and Amber had been working on within the building, and recorded the extension to the Danish Ditch trench allowing it to be backfilled. This was the end of Eric and Amber’s time on Achill and the students travelled to Dublin as a group to explore the treasures of the National Museum of Ireland and tour the Boyne Valley and the Hill of Tara.