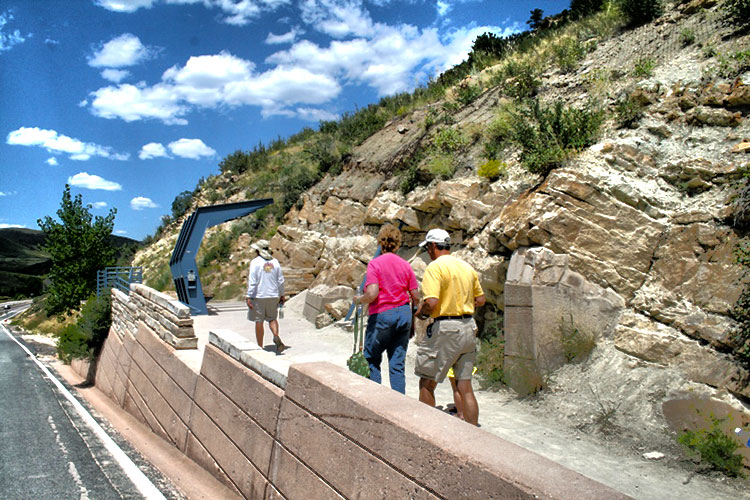 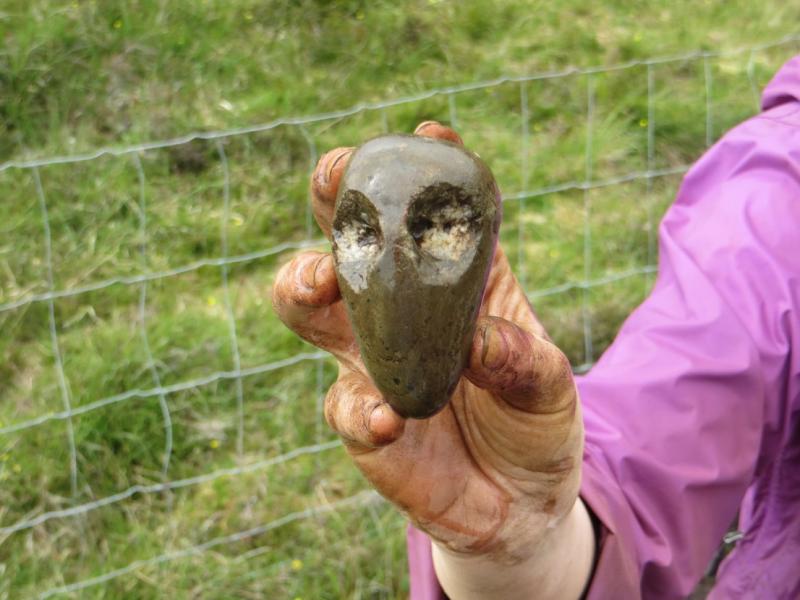 This was a really important week for the excavation as we needed to get as much of the interior of the building excavated as possible before we entered the final week at the Cromlech Tumulus for 2015. On Monday, we were joined by a new student, Erica, who was taking a short two week course. Abby, Cameron and Carolyn spent a hectic week cleaning the interior and excavating and recording features inside the building. All around the interior of the building we continued to find large postholes, whilst the central space continued to be dominated by smaller postholes, shallow pits and a profusion of stake-holes. Erica spent the week cleaning up the large field wall in the northwest of Quadrant 3, which overlay the building. When this was first exposed it was in a very collapsed state with a mass of rubble and soil concealing the more intact core of the wall. Erica did a fantastic job at removing this collapsed material and by the end of the week the core of the wall was fully exposed and we could confirm the relationship between the field wall and the underlying structure.

On Wednesday, we spent a wonderful day over on the north coast of the island, examining and surveying remote settlements that are rather cut off from the populated southern coast. First we went to the Booley village at Annagh, where a series of small corbelled buildings survive in fabulous condition. After this we moved to the west to survey an isolated herdsman’s hut before heading even further to the west to examine an extremely remote farmstead consisting of a well-built house with an enclosed yard and a number of large stone walled fields. One local story suggests that this farm was established by a man spurned by his beloved. With his heart broken he chose to live in isolation on the north of the island for more than 30 years!

Week 6 ended on an absolute high when Cameron made a remarkable discovery in the top of a large pit at the north of the trench. What we thought was going to be a simple hammer stone sitting in the upper fill of the pit turned out to be an incredibly rare carving of a human head! Representative art is all but unknown in Bronze Age Ireland, and yet this beach pebble has two conical holes pecked into it to expose the quartz core of the rock, unmistakably a pair of eyes complete with whites and pupils! The bottom of the stone has been broken to create a very clear jawline and there are even ear holes on each side. It seems very likely that this represents a cultic object of some order, but given the rarity of the find it will require some in-depth research if we are to ascertain its function. As an additional bonus on Friday afternoon we also discovered the first two pieces of prehistoric pottery we have encountered at any of our excavations on Slievemore.