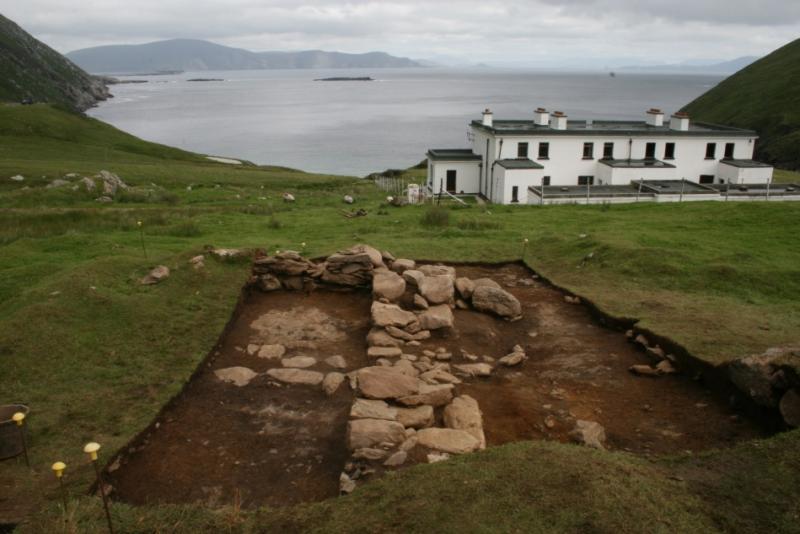 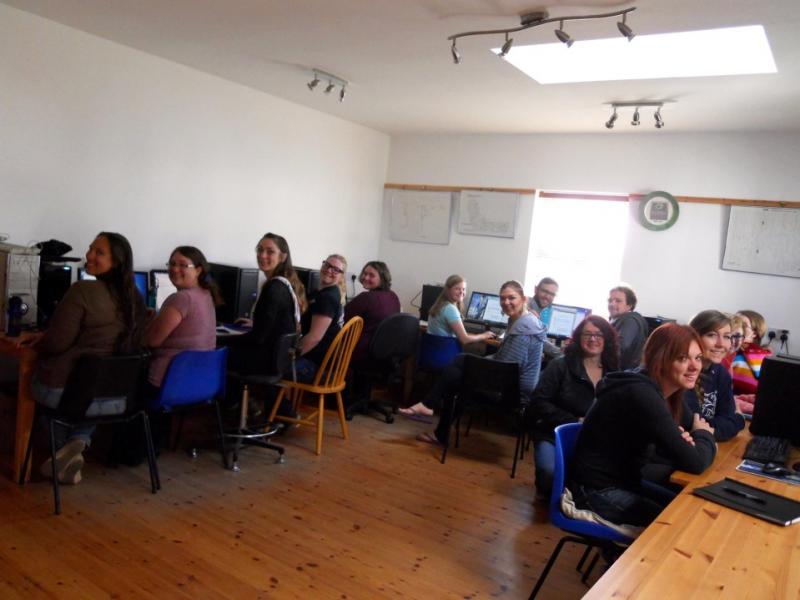 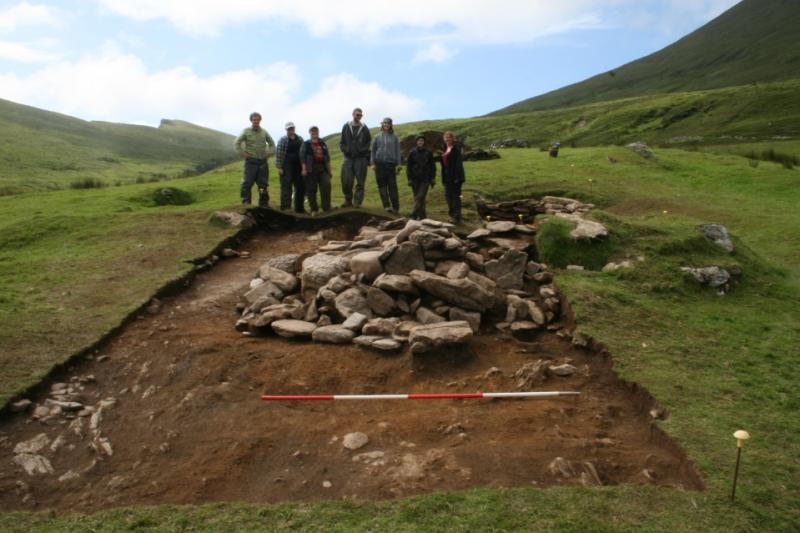 On Monday we returned to the site and began excavating! The most important aspect of the work this week was to make sure we could link the deposits we were working on back to the descriptions contained in the excavation report from 2009. Fortunately this didn’t prove to be a particularly difficult task although we had to be quite careful to make sure we were matching everything up correctly.

The students were divided into three groups and began carefully working on the deposits that had not been fully excavated back in 2009. The first group began by excavating the infilled terrace at the north west end of the building. Prior to constructing the house a large level platform had to be cut into the steeply sloping hillside and during the period of occupation the gap between the back of this terrace and the upslope wall of the building gradually filled in with silty soil. During the course of Monday over 100 pieces of pottery and glass were recovered from this area, more than had been discovered during the whole of the 2009 excavation! It seems this area had been used as a rubbish dump by the occupants of the house. The second group began removing the remaining patches of rubble within the interior of the building to expose the top of the floor deposits whilst the third group worked around the edge of the building removing the last fragments of the dense rubble deposits that surrounded the structure.

On Tuesday and Wednesday the students undertook a two day introduction to ArcGIS with guest tutor Dr Patricia Murrieta Flores who took them through a detailed exploration of what can be achieved with this powerful software package. On Thursday we went on our second field trip to the Slievemore Megaliths and the Cromlech Tumulus site, the Achill Mission settlement, the preserved peat beds forest and fishtrap at Dugort and the shell middens and houses eroding out of the sand dunes at Carraun Point. Back on site on Friday the students continued excavating the deposits they had been working on at the start of the week.