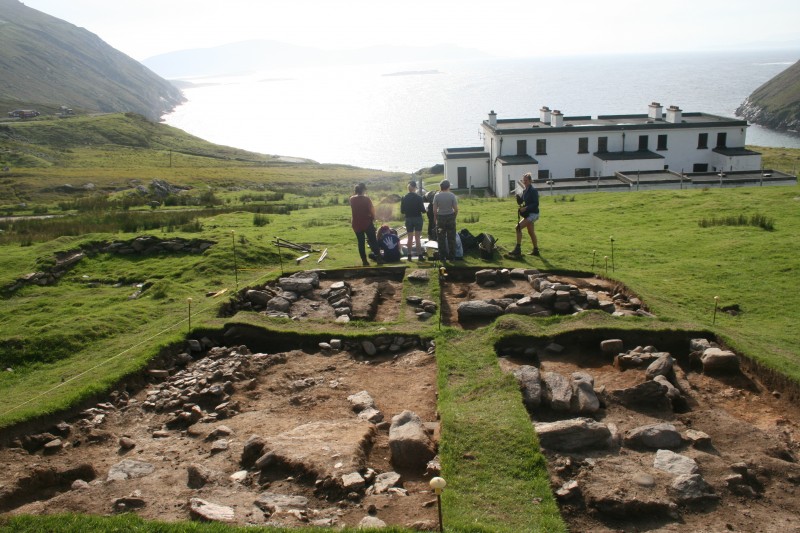 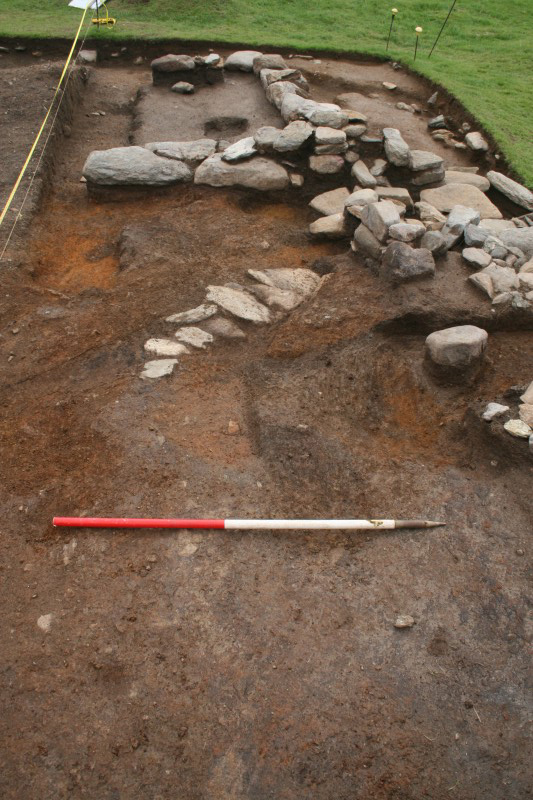 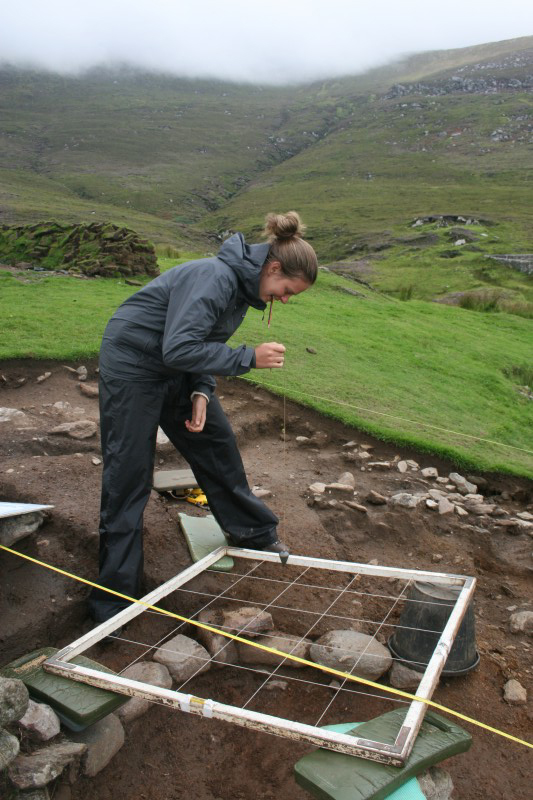 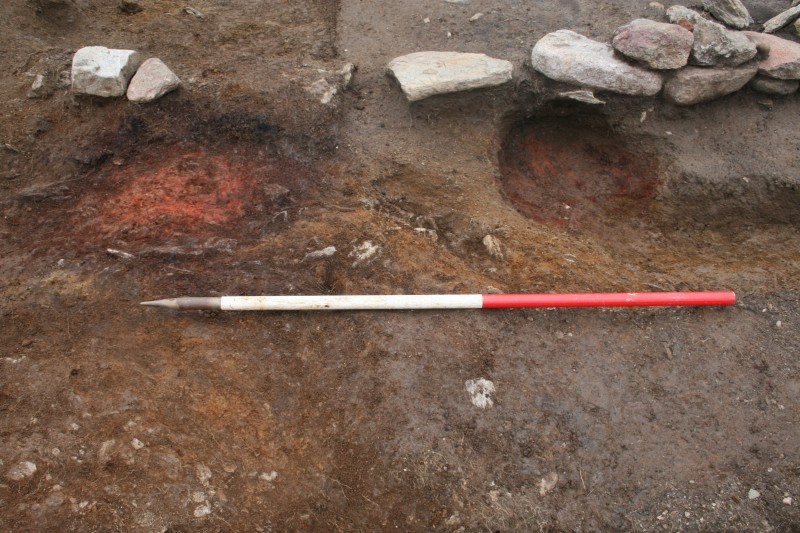 We’re now on our second to last week, and the end is in sight!

On Monday, we began preparing to remove the cross baulks by finishing our last section drawings. These long drawings, made at a scale of 1:10, show a slice of the soil layers across the entire excavation, and are key to interpreting the site. By Tuesday, with the drawings complete, we began the final phase of de-sodding, removing the grass sod from the baulks and excavating the deposits below. Since we had already excavated the rest of the building we thought we had a good idea of what to expect under the baulks, but there were a few surprises hiding for us! Under the baulk separating quadrants 1 and 2, we found a stone drain. The drain ran diagonally across the house in a N-S direction. It was composed of a shallow U-shaped cut filled with tightly-packed flat stones. The drain simply ran out the door of the building and we found lots of sandy run-off around this area.

When we took the baulk out between quadrants 2 and 4 we found a second hearth (hearth 2). The feature was recognisable by layers of ash and charcoal and the characteristic very bright orange scorched subsoil. Like hearth 1, hearth 2 was located against the NE long wall of the house. A third hearth (hearth 3) was soon uncovered in the middle of the house, just opposite the door! Like hearth 1 it was set in a bowl-shaped pit (0.60m by 0.50m). We found a piece of historic glass in the top layer of the feature. The three hearths are a most interesting feature of the building, and may be central to understanding how it was used. One theory is that the distinct hearths signify episodic occupation of the house, as would be found in booleying, or perhaps Changedale, the periodic exchange of plots of land and sometimes houses found in the Rundale system.

On Wednesday the weather was quite wet. We undertook post-excavation work in the morning, and in the afternoon we braved the elements and headed to Slievemore to take photos for photogrammetry models of some of the houses in the iconic Deserted Village.

We finished up on site on Thursday and Friday, completing the last bits of recording, ready for backfilling on Monday.