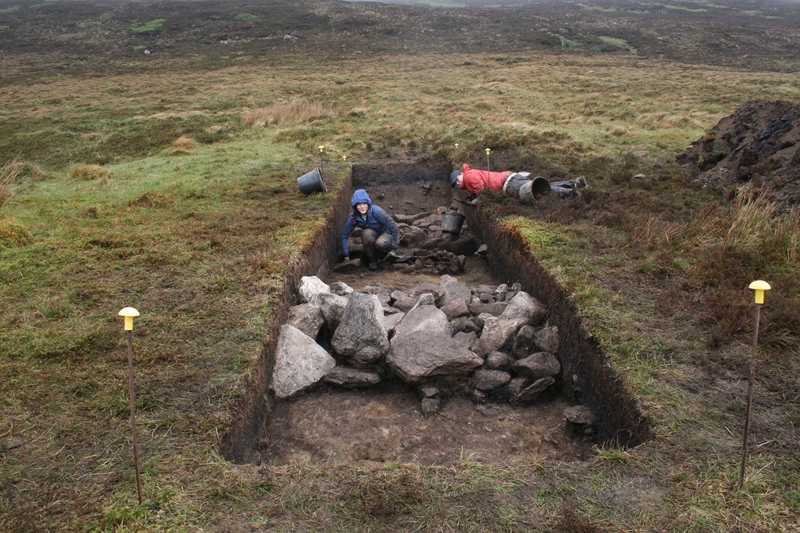 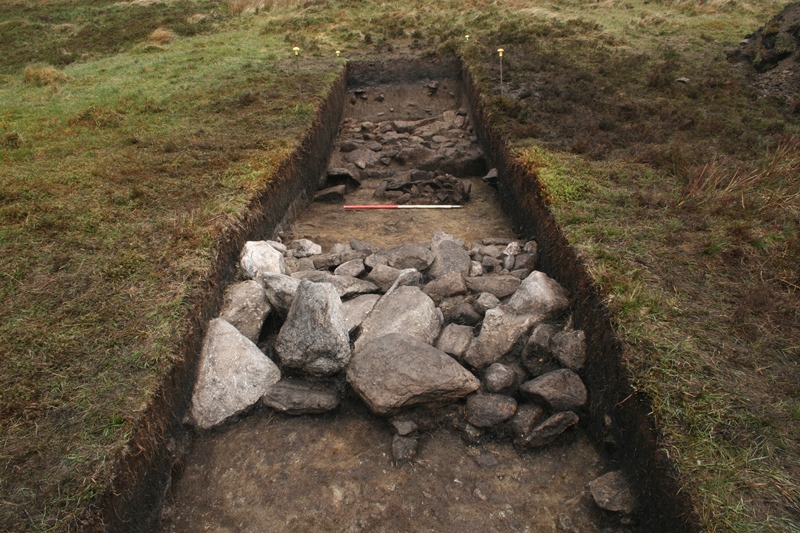 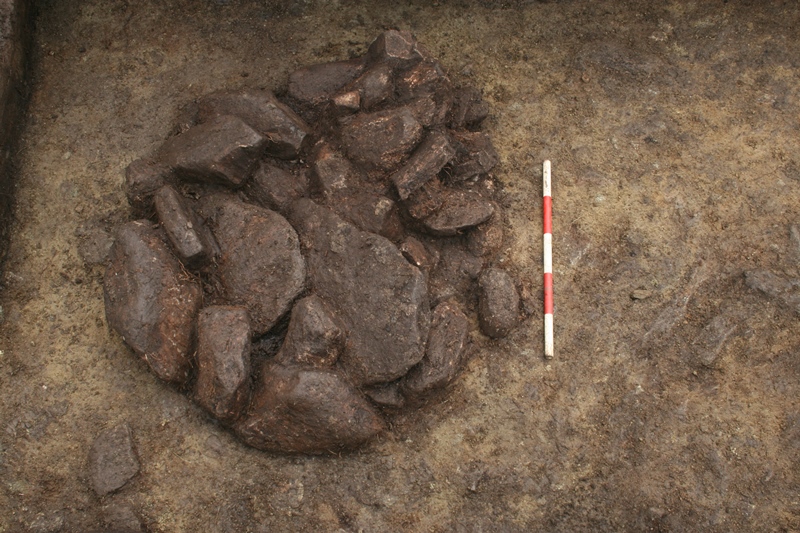 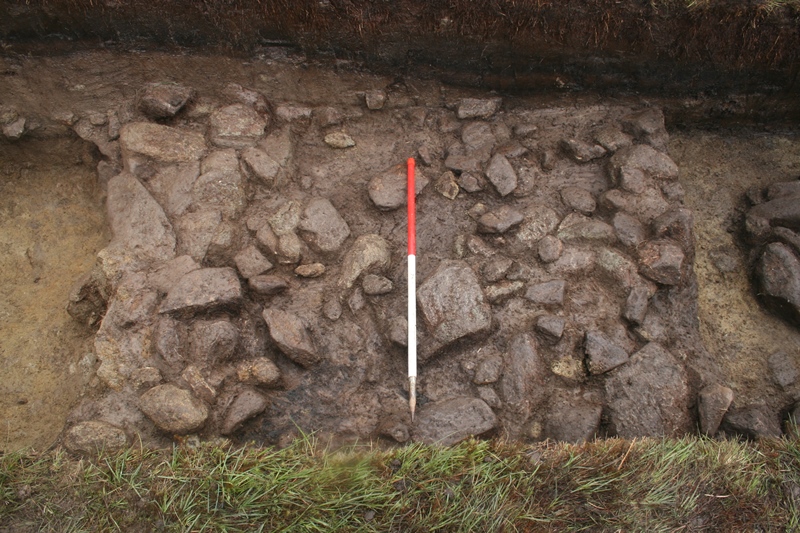 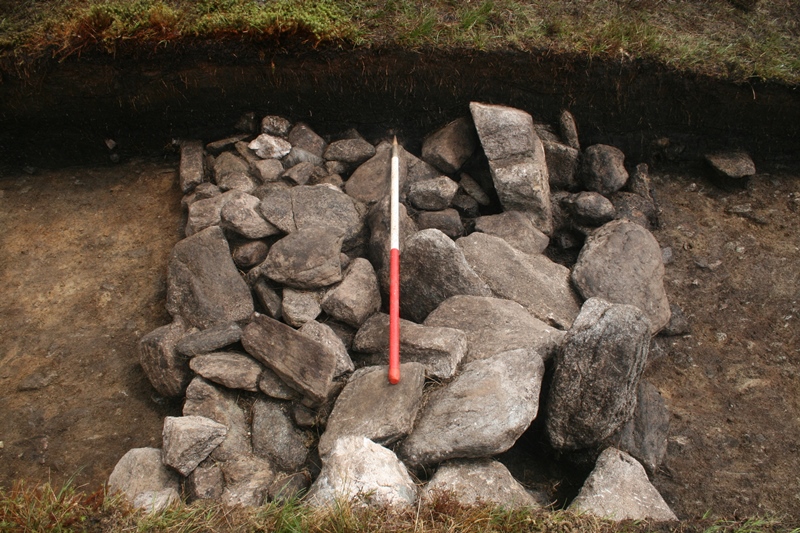 During the second week of the 2016 season, we spent our time expanding the trench over the Danish Ditch pre-bog field wall by 4m to examine the possible terrace and burnt stone feature identified at the end of the first week. This extension took the trench to the limits of the dimensions allowed on our licence, with a 10m by 2m trench, we had reached the maximum size we could examine this year.

The terrace continued as far as the northern end of the extended trench, suggesting it was at least 6.5m wide. It wasn’t entirely level, having sloped upwards by around 0.4m over the 7m, but this is still much less than the 1.1m the natural slope rises over the same distance. At the far north of the trench we discovered what appears to be a second pre-bog field wall parallel to and 4.65m north of the original field wall. Again a large band of collapsed stone was present to the south of this second field wall and only a very small amount of collapsed material was present to the north.

The newly discovered field wall was quite narrow, having a maximum width of 0.9m and an average width of around 0.65m. It consisted of a dense mass of small and medium sized stones which were un-coursed but carefully placed to create a tight interlocking band of stone, very much resembling the northern part of the original field wall examined the week before. Several deep, charcoal rich soil layers overlay the northern wall and the associated collapse. The sloping nature of these layers suggested that they had slumped in from a source located somewhere to the north of the end of the trench. Although too early to be sure it seems that these features may be a pair of parallel field walls defining a road or a trackway. Of course we would need to trace the wall over a longer distance to see if this idea has merit.

However, it is interesting to note that last year when we excavated Trench 2 over the Danish Ditch we encountered a spread of small stones to the north of the field wall in that trench and that spread of stone could well be a similar area of collapse from a wall located further to the north. If this interpretation were proved correct we would have identified two parallel walls running for a distance of at least 60m. It seems that we now have a compelling reason to return to this trench and extend it further to the north, something we will have to consider for later in this season or for the 2017 season.

A fascinating feature was found half way between the two field walls, and south of the spread of the collapsed material derived from the northern field wall. It consisted of a dense ovoid mass of burnt stone and charcoal rich soil, the edge of which had been recorded protruding from the northern trench edge the previous week. The feature measured 1.1m from northeast to southwest, 0.9m from northwest to southeast and was up to 0.17m in height. It seemed possible that this feature was an elaborate stone capping, overlying a pit of some sort, but before we could continue the excavation, we had to stop and record everything we had found in the extension to the trench.