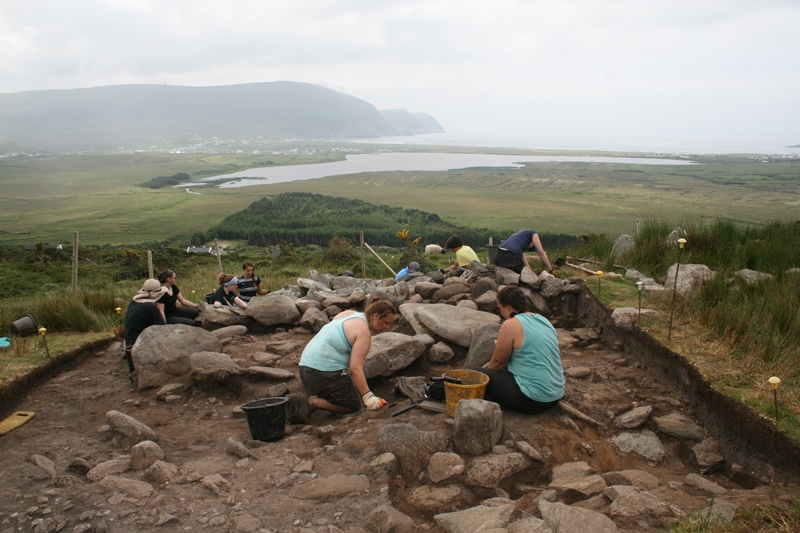 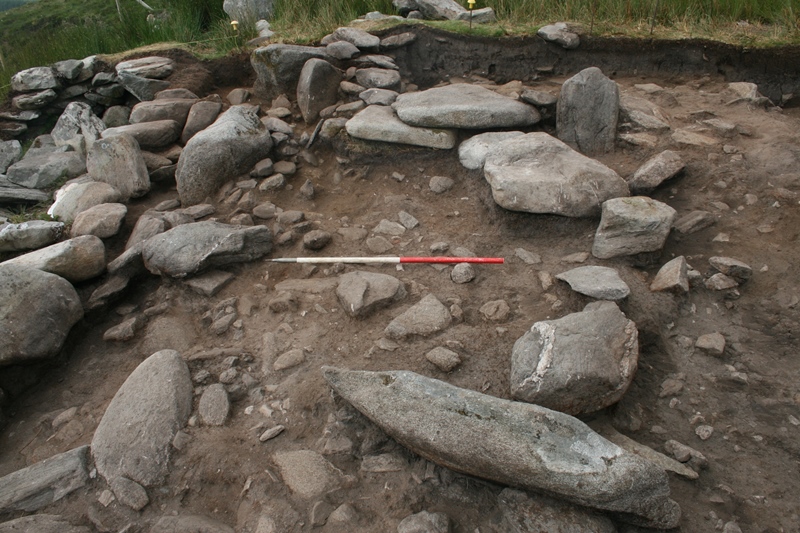 At the start of the week we were joined by a new group of students who were taking the four week Module 3. These students began their course with an introductory session at the Archaeology Centre in Dooagh before heading up to Slievemore to begin working on the southern half of Quadrant 5. De-sodding the area revealed a massive spread of rubble derived from the collapse of the eastern part of the small corbelled building, and the rest of their week was spent cleaning this layer and then carefully recording it so that it could be removed during the following week.

In the north of the trench work concentrated on carefully removing the rubble layer and cleaning the deposits it had concealed. Most of the trench was covered by a deposit of soil and small stone which we thought might be a yard surface outside of the building, however as you will see later on this turned out to be something far more intriguing. In the north of the trench we came upon a long curving entrance channel, which we began to slowly empty out. In the northeast corner we identified a triangular layer of soil that was built up against the outer edge of the Middle Bronze Age building. South of the northern area a row of large stones were identified which appeared to be the top of an east/west field wall coming into the site from the east. Presumably this is part of the Danish Ditch, which we knew from old maps connected to the Cromlech Tumulus site. What we don’t know at present is if this is a continuation of the lower wall or the new upper wall that we encountered in Trench 4 during week 2.