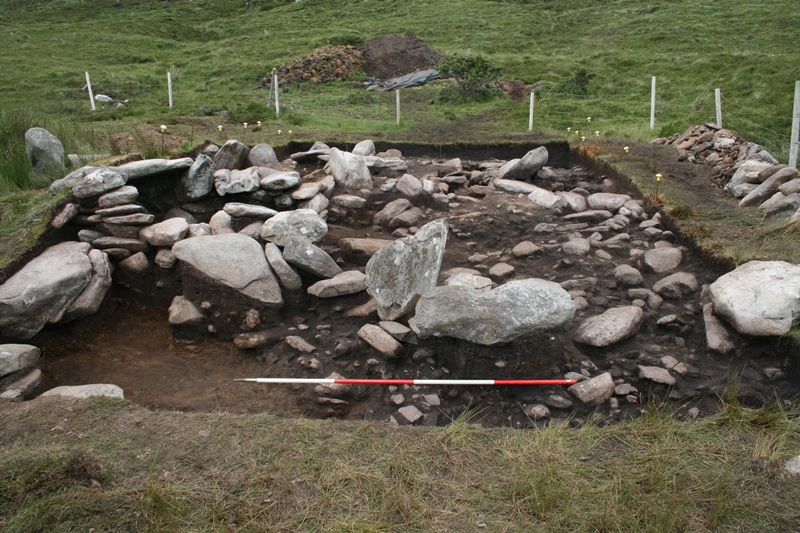 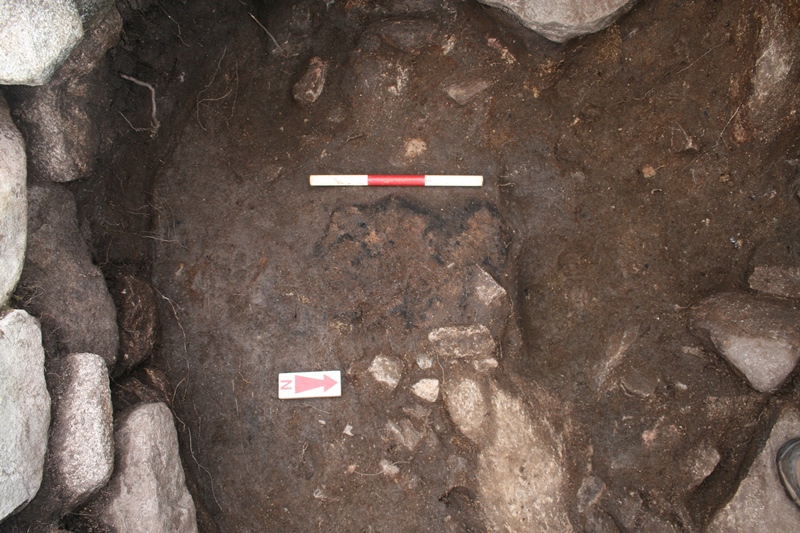 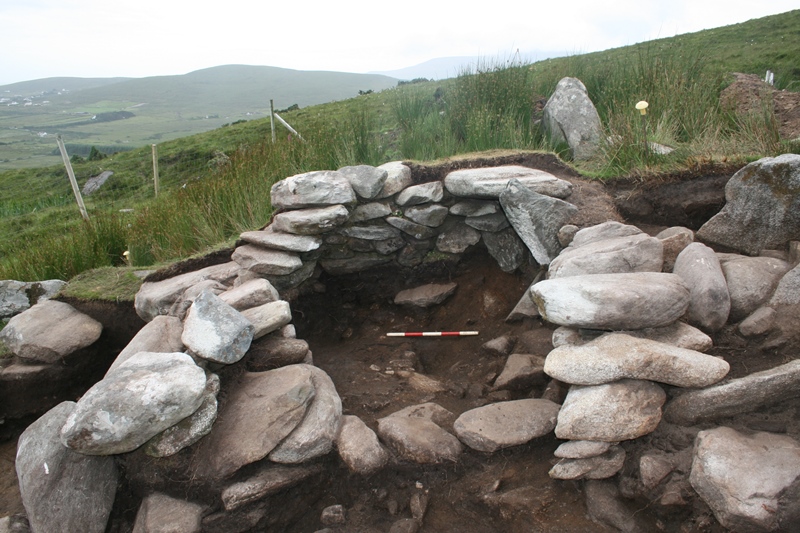 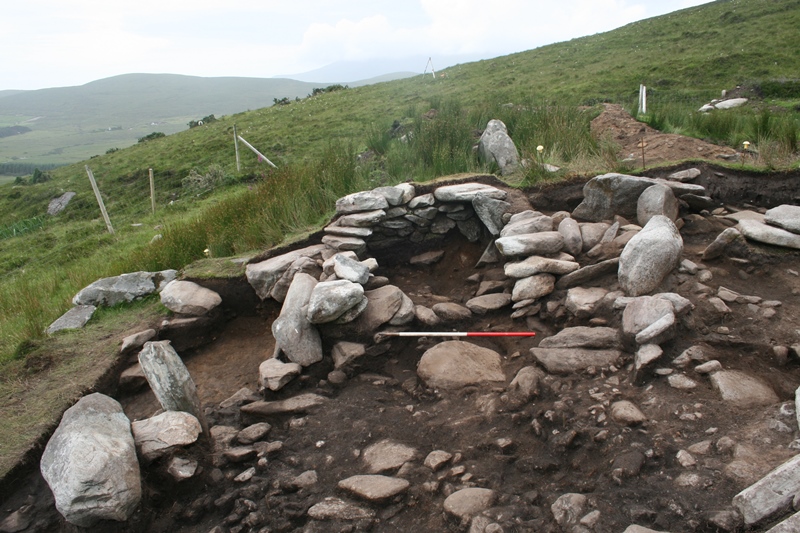 This week we were only on site on Monday and Tuesday, and we concentrated on completing the second cleaning of the southern side of the site and the deep sondage in the eastern area, which was taken over by a third group of students, attending the two week long Module 5. We also managed to complete the planning of the freshly emptied out entrance channel at the north of Quadrant 5. Cleaning the surface inside the small corbelled hut revealed a small hearth close to the western wall, which was a great find as hopefully we will be able to find suitable material for a radiocarbon date from this deposit, which was 100% sampled.

On Wednesday we went on a fabulous field trip to Achillbeg, a small island off the southern tip of Achill Island, which was abandoned in the 1960’s. The students travel to the island in a traditional boat called a Currach and visit the abandoned settlement and old schoolhouse, a large shell Midden site, a massive promontory fort within which is an early Medieval monastic enclosure. On the way home we stopped in at Kildavnet Tower House, a late Medieval Tower House, and the nearby Kildavnet Church and graveyard.

Thursday and Friday were spent at the Archaeology Centre in Dooagh where Rena McGuire of Queens University Belfast presented her excellent course on archaeological artefact illustration, with the students once again producing exceptional results, and the Director of Fieldwork presented a new course on using the ArcGIS Online and Story Maps software packages to create a variety of different types of maps and presentations.