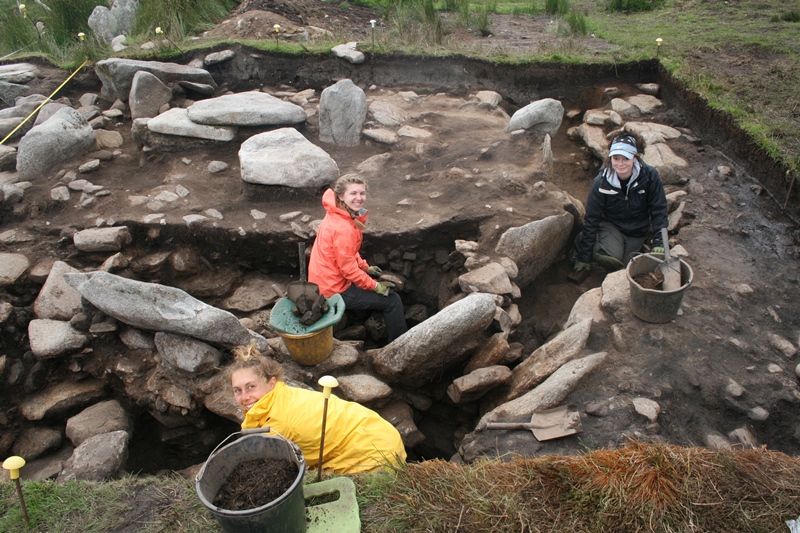 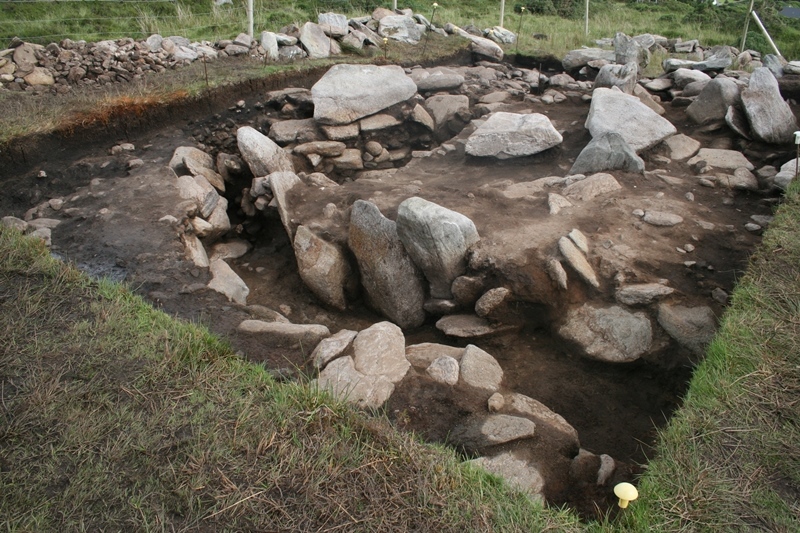 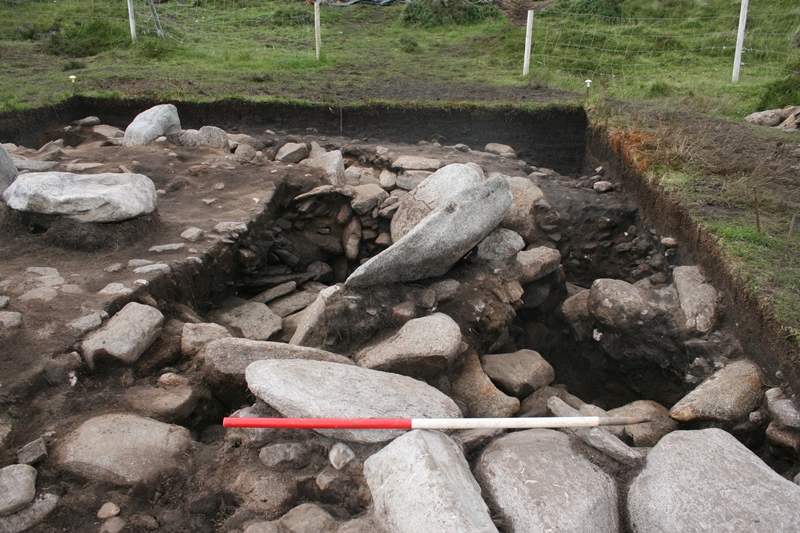 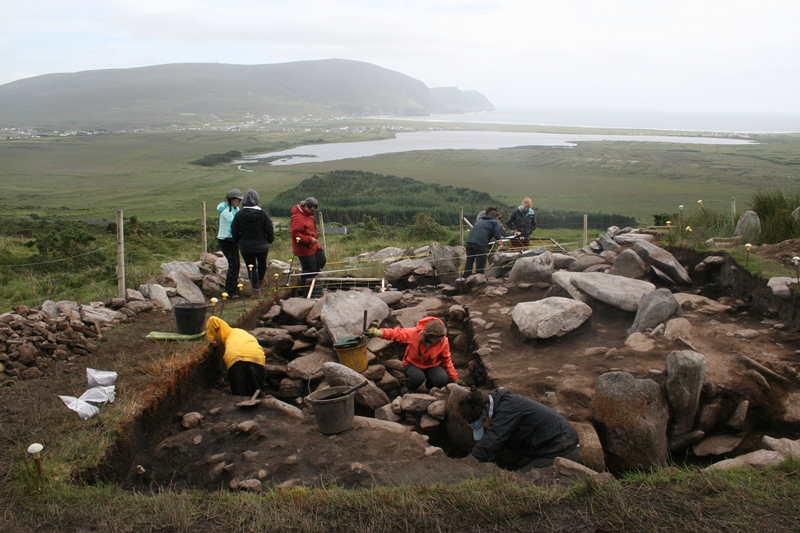 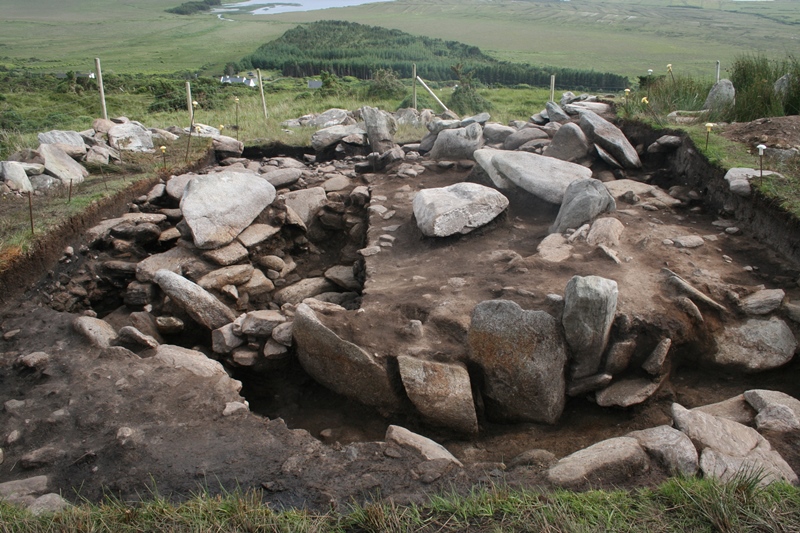 The final week on the Cromlech Tumulus for 2016 was particularly hectic. Work concentrated on completing the recording of the site, with the final plans being completed and written descriptions of the various contexts being prepared. A series of bulk samples were taken of various deposits found across the site, which will hopefully provide suitable materials for radiocarbon dating that will allow us to develop a more detailed understanding of the chronology of the site.

As we came to the end of the week, it was time to begin back filling the two trenches. The trench we had excavated over the Danish Ditch during weeks one and two was the first to go, and this trench was fully filled in and the turf blocks we had removed from the site were carefully put back in place. After that job was completed we began the more complicated task of covering over Quadrant 5 which will be returned to next season. Terram, a water permeable geo textile, was laid down in the base of the entrance and then the entrance was carefully filled in with stones removed during the excavation so that the sides of the entrance would be supported. More terram was laid into the base of the deep sondage at the east of the trench and this was then filled in with turf blocks. The small corbelled hut was similarly filled in with turf blocks and a layer of blocks was built up over the external walls in order to protect the structure over winter. Finally a layer of turf blocks were neatly laid over the entire trench to protect the upper surfaces of the remaining archaeological deposits from being eroded during the winter.

This work was completed on Thursday afternoon and Friday was spent in the office with the students working on various tasks such as preparing AutoCAD drawings, completing their ArcGIS online maps, learning how to survey sites with a GPS unit and processing soil samples for macro fossils, and with that their courses were completed.