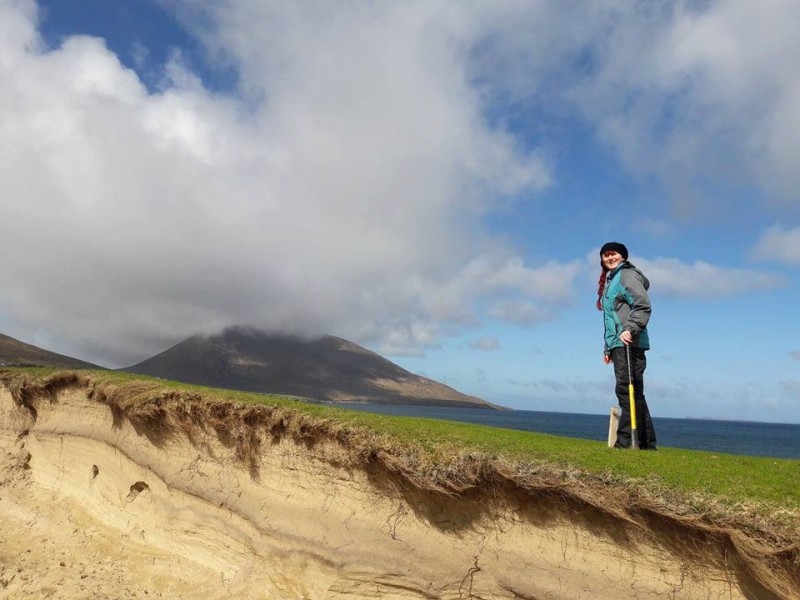 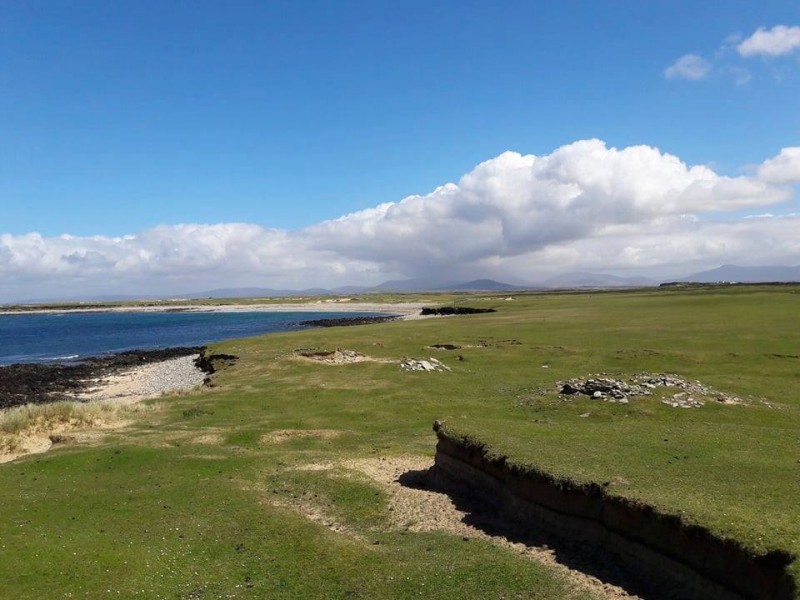 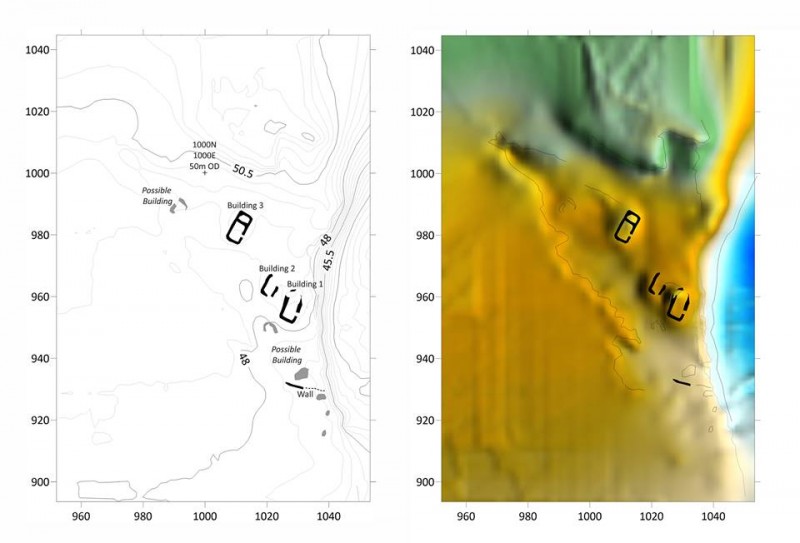 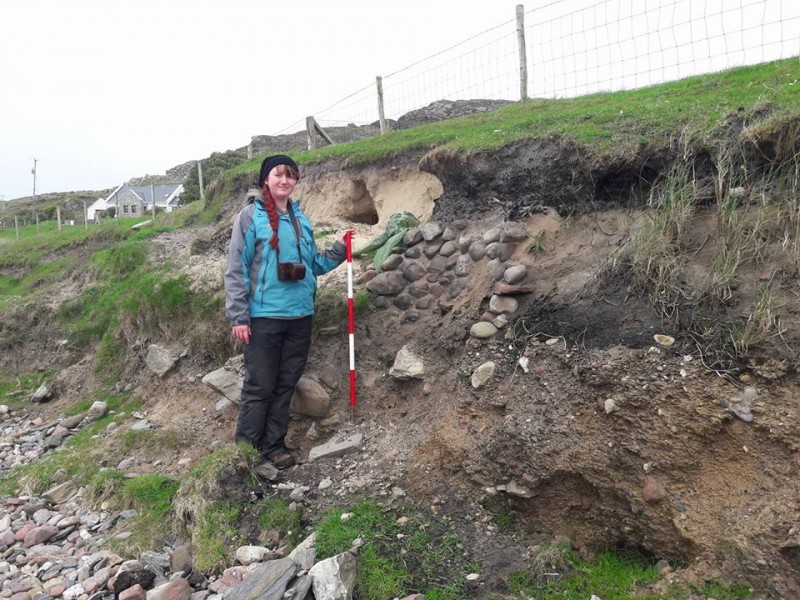 Our first week of the 2018 season was dedicated to surveying. We began at Caraun Point, the site of a multi-period archaeological complex on the tip of a sand-covered peninsula. The complex includes a robbed-out medieval caher, a children’s burial ground, multiple shell middens, and a number of late medieval–early modern buildings eroding from an area of sand dunes. We plan to excavate at the Point in July and August, so survey is a necessary first step. Our survey focused tightly on the area around the houses where we will put our trenches later in the summer. We began with an instrument survey of the site, setting out a number of base points and electronically recording the features and topography using our total station. This will allow us to make a detailed plan of the site and the base points will anchor our excavation grids.

We also made photogrammetry models of two of the buildings. Photogrammetry or structure-from-motion is a technique used to record three dimensional objects using photographs taken from multiple angles. We’ve been using the technique increasingly at the Achill Field School to record our excavation trenches, but also to capture field monuments and even artefacts. We had a chance to tackle another interesting feature later in the week when we went to inspect a monument noticed by a local man at Cloghmore on the southern tip of the island. The feature turned out to be the remains of an old corn-drying kiln. It comprised an arc of heat-impacted sandstone cobbles set into a cut in the eroding sandy shoreline. Corn-drying kilns were fairly common during the early 19th century, and there are a number shown on the first-edition Ordnance Survey map (1838). They were used to dry corn so that it could be stored or transported without rotting in the damp Irish climate.