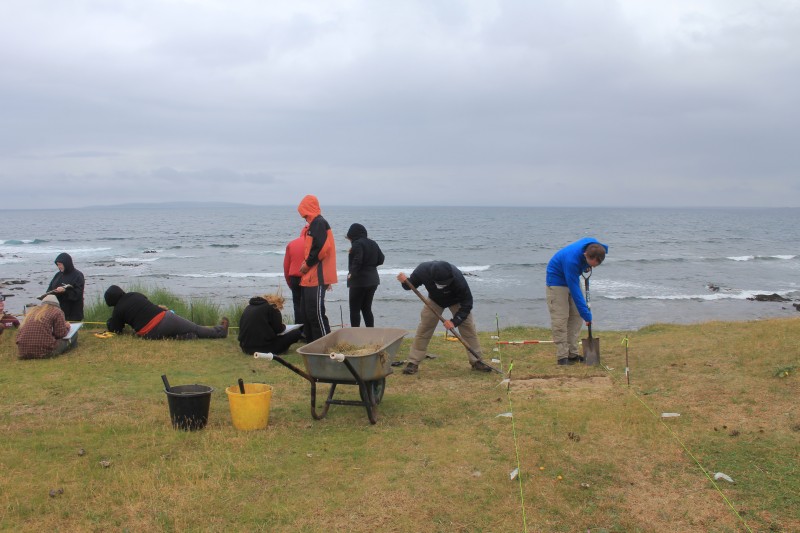 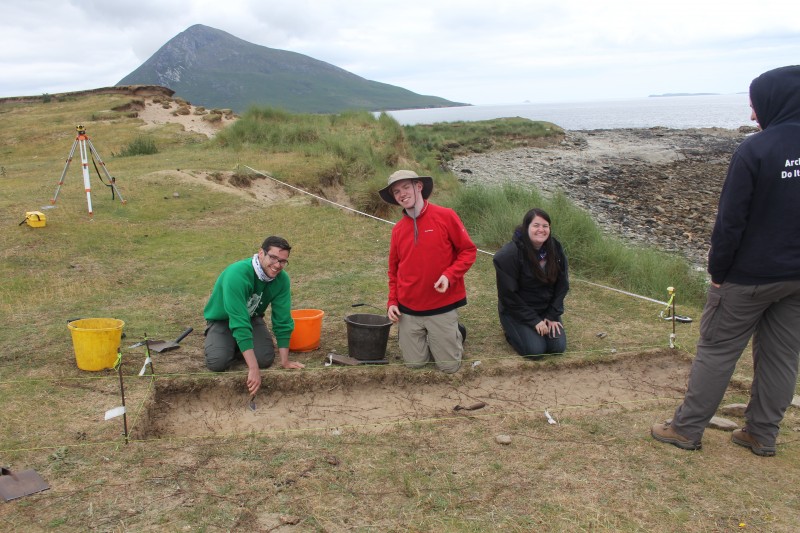 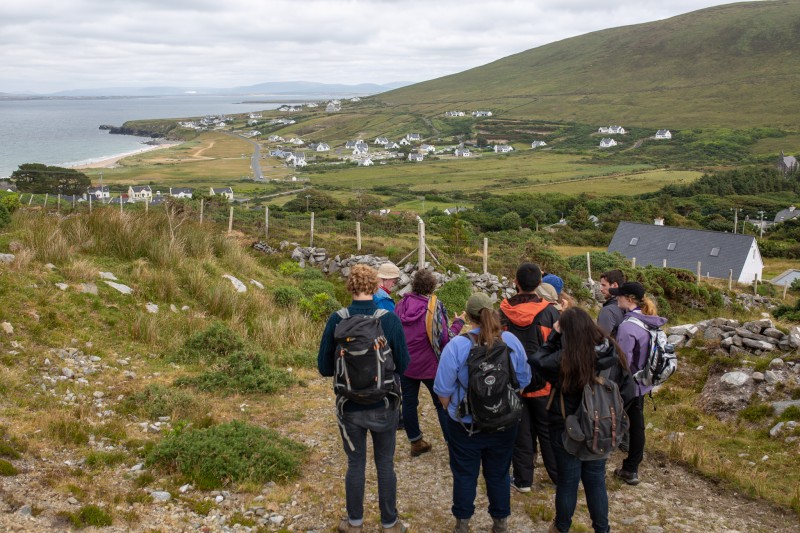 This week we opened our two trenches at Caraun Point. The first trench focuses on a partially eroded shell midden and the second is placed over Building 3—one of the four visible buildings eroding from the sand dunes at the complex. The midden trench is a 1m-wide slot trench running perpendicular to the shoreline, and it aims to assess the scale and character of the midden, and to gather evidence for its dating. Shell middens are a monument type with a wide date range. In Ireland they can date from the early Mesolithic (c.10,000 years ago) to the twentieth-century. The archaeological complex at Caraun has six middens of unknown date. We suspect the midden we’re investigating is post-medieval but it could potentially be much earlier in date. The main species are limpet and winkle but smaller quantities of mussel and oyster, along with butchered animal bone are also present.

After finishing the pre-excavation drawings of Building 3 we laid out our trenches and began de-sodding. The trench measures 16m by 10m but only part of this was initially opened, focusing on the interior and the area outside the north door. The site was covered in short grass that overlay a thick layer of white wind-blown sand. As soon as we began removing the sod marine shell and animal bone began popping out of the sand. We collected the bone and shell my meter square for later analysis in the lab. As soon as the first section of the house was de-sodded we began systematically removing the upper layer of wind-blown sand.

Our Wednesday field trip took us to some of the sites on the northern coast of Achill Island. We began at Achill Henge, before visiting Slievemore graveyard, the portal tomb, court tomb, the Cromlech Tumulus, and the Achill Mission settlement.