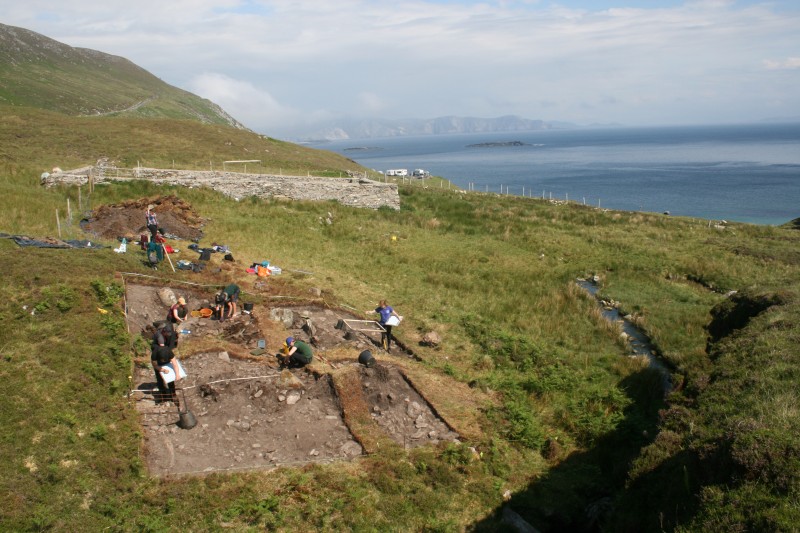 With the stone collapse now planned and modelled we began to remove it to reveal the structure of the building. This is an exciting process where the site transforms from a mound of loose stone and soil to a very legible structure. We began stripping out the collapse in Quadrant B, before moving on to work on the other areas. The walls of Building 24 survive much better than previous buildings excavated at Keem; up to five stone courses are extant in places. The walls are up to 1.40m thick and are composed of an inner and outer drystone facing wall with an earthen core. The doorway is located midway along the south long wall of the building, and just to its west is a recess or cupboard in the thickness of the wall. After removing the internal collapse from the building we encountered the remains of a hearth against the north long wall opposite the doorway, with a second possible hearth in the centre of the floor. Our view of the interior of the building is somewhat obscured by the baulks that we have used to record the vertical stratigraphy, but once we have drawn them we will remove the baulks to fully investigate the internal floor area.