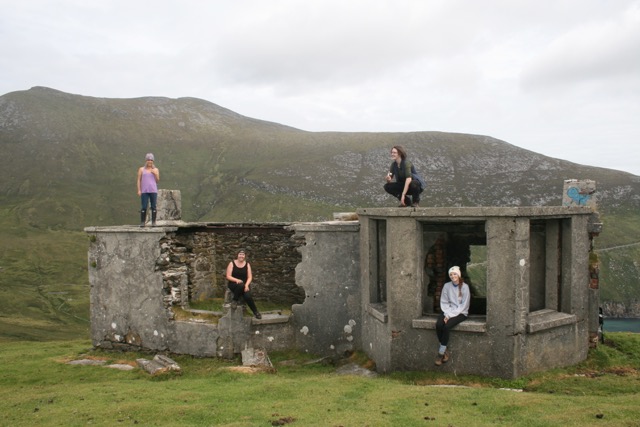 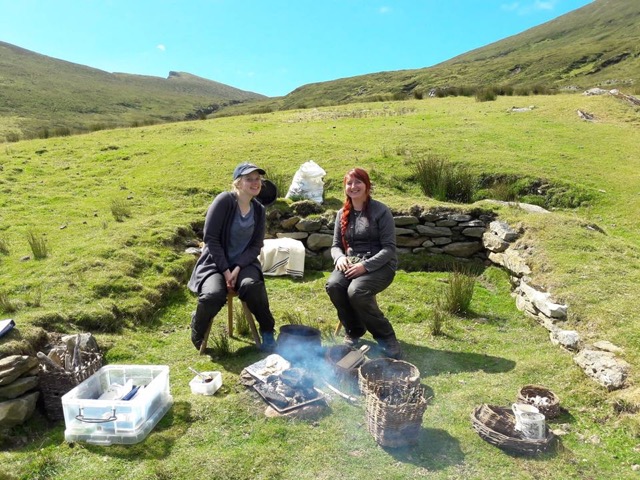 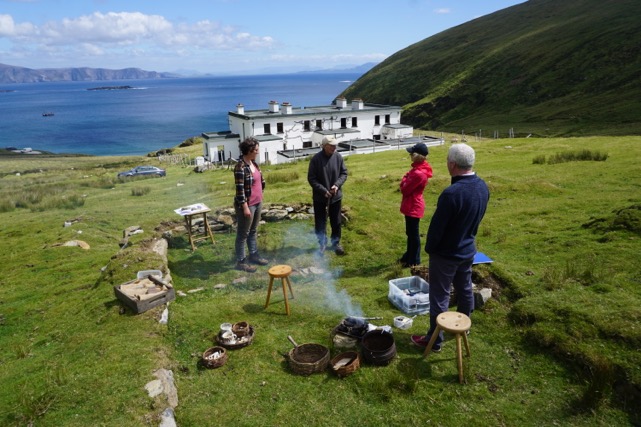 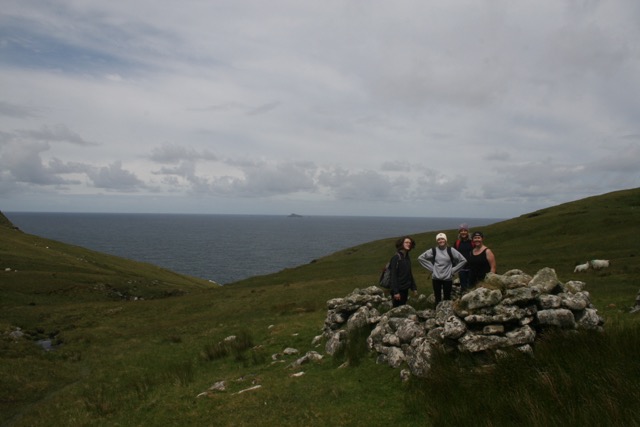 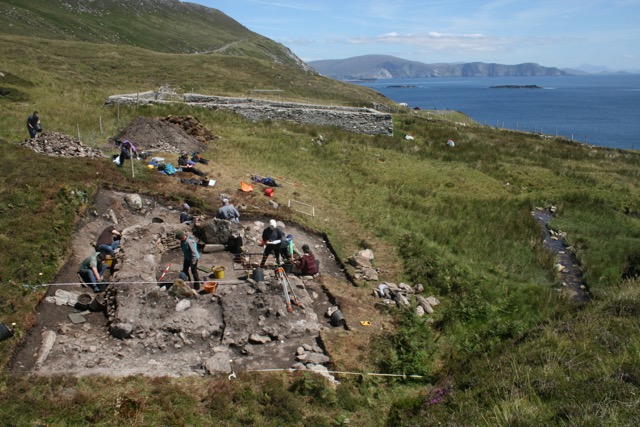 At the start of the week we removed the remaining baulks from the trench. This allowed us to clarify a number of important features, including the doorway which is located halfway along the southern wall of the building. The door is quite narrow at just 0.60m wide, while the jambs are fairly thick at 1.50m and 1.20m wide on the west and east side respectively. There is no evidence for a drain in this building which is in contrast to the other three buildings excavated at Keem. The doorway has a step half way along it, in part because the ground level outside the building is about 40cm lower to the south. Inside the building we began to tackle the internal features starting with the hearths. A sequence of hearths is located along the north wall of the building diametrically opposite the door. We identified at least four separate hearth episodes indicating that our building was used episodically, or had multiple occupations. On Wednesday for our tour we hiked up to the lookout post on Moyteogue Head, and back along the valley to the booley (summer grazing) settlement of Bunowna. Thursday was our site open day. Members of the public were invited for a tour of the site, and we had finds and replica artifacts on display. The day was a great chance to show off all our hard work, to share our research to date, and to hear stories about Keem from people from the local community. On Friday with our penultimate week at Keem coming to a close, we began the post-excavation plan.