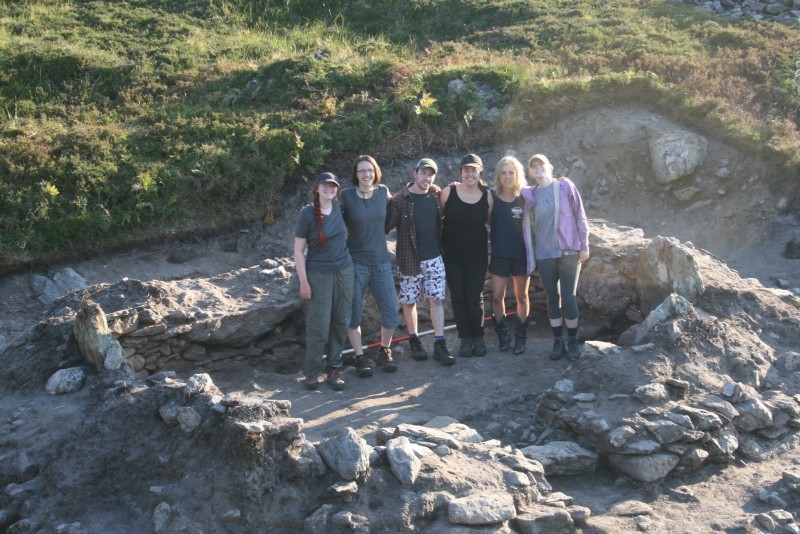 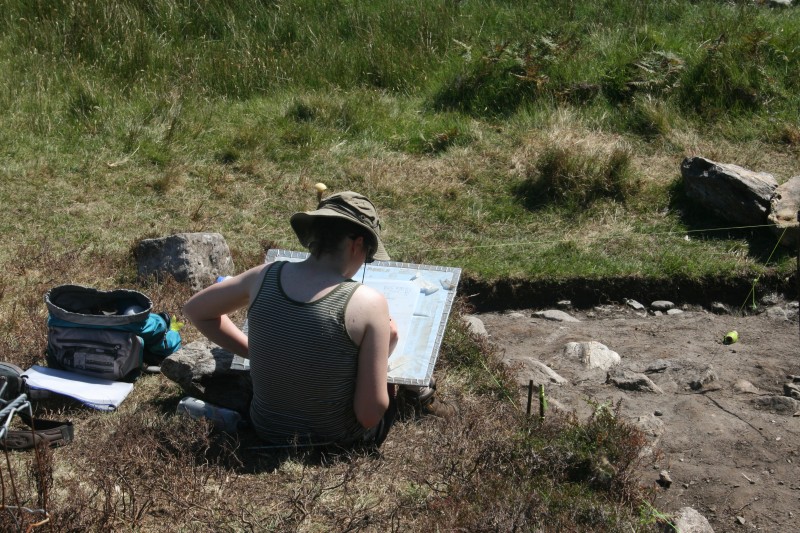 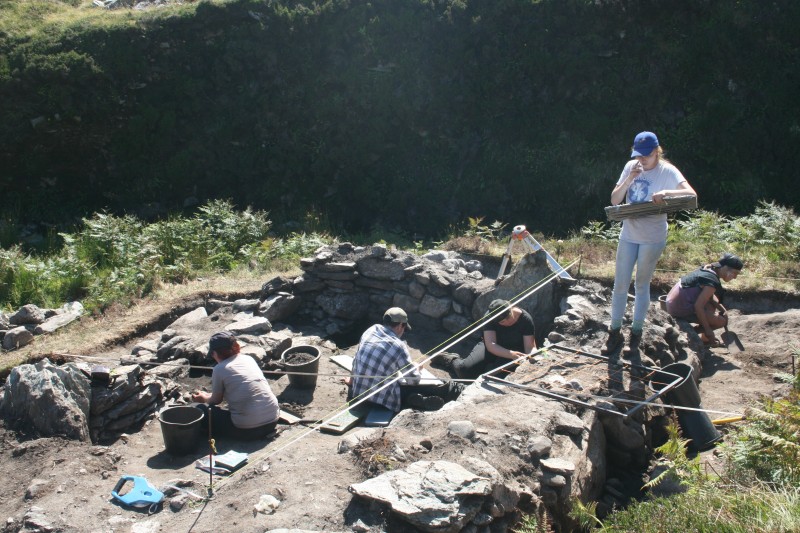 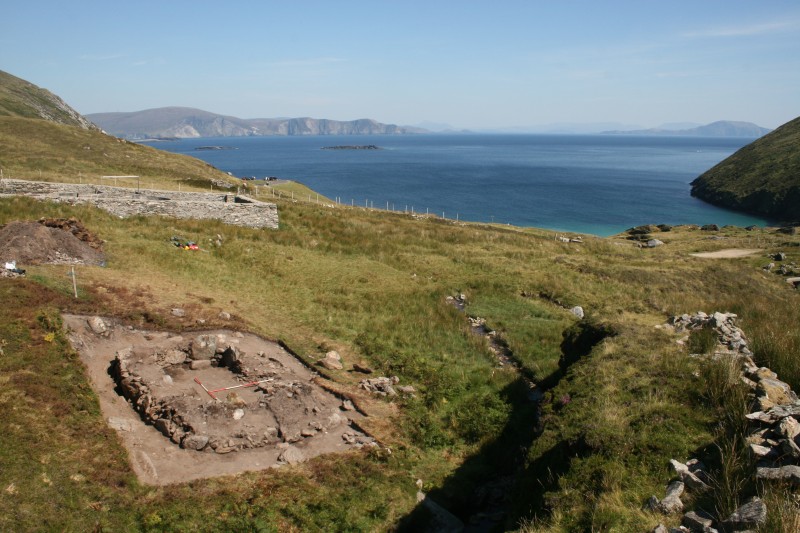 This was our final week at Keem. With the highest temperatures seen in Ireland since the 1970s, work was hot and slow-going. We focused on resolving the interior of the building and finishing all our drawing and recording. On the interior we completed excavating the hearth area, located diametrically opposite the doorway. Here up to five hearths had been recut in the same location, indicating episodic occupation or reuse of the building. We excavated a sondage in the south-west corner of the interior of the building to examine the floor material. The cutting showed that quantities of soil filler had been brought into the building to raise and level out the floor after the walls had been constructed. After all the drawings and context sheets had been finished we set about giving the trench one last clean in preparation for the post-ex photogrammetry model. With intense sunlight creating deep shadows we had to wait until late in the evening to get the photographs we needed. The last task before backfilling could begin was to survey in the corners of our trench using the total station. We began backfilling on Thursday amid record high temperatures. On Friday we took a well-deserved rest with a visit to Carrighooley Castle and Burrishoole Abbey.