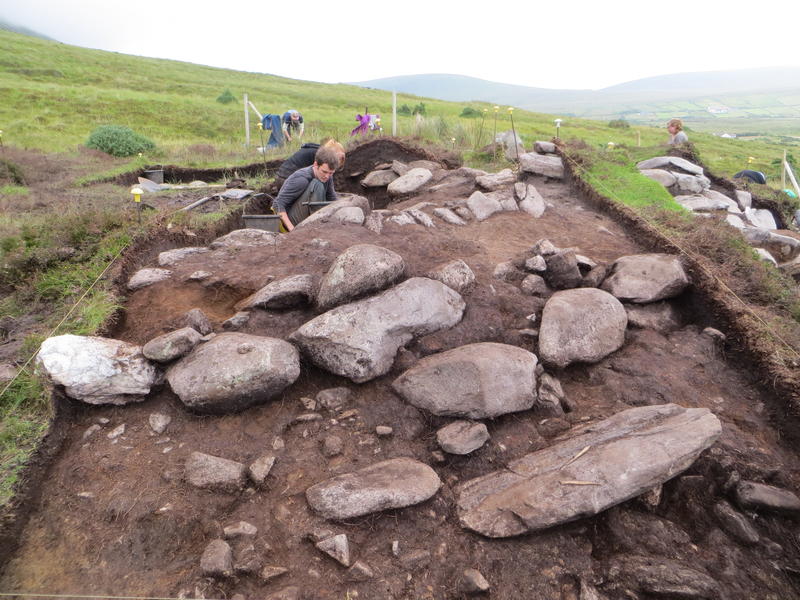 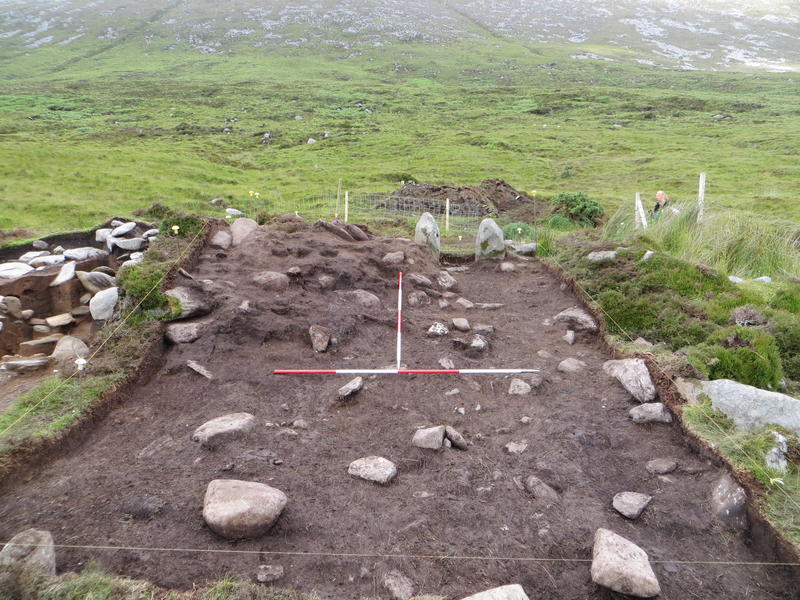 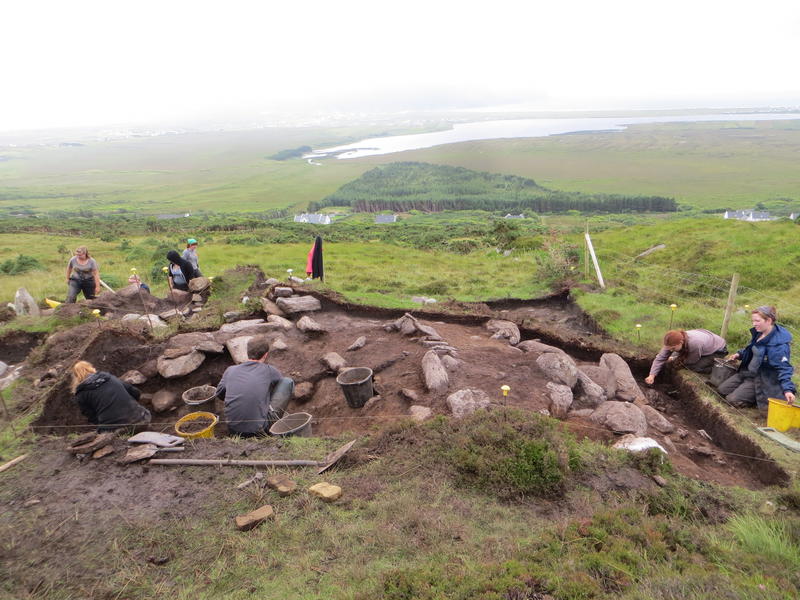 On Saturday evening we were joined by our second group of students who are participating in Modules 2 and 4 of our second set of 4-and 6-week accredited courses. Work began on Monday with our usual introductory sessions and lectures where we introduce the students to the staff and spend some time explaining the archaeology of Achill Island and how it fits into the National sequence of archaeology.  The students were then taken on a guided tour of the varied archaeological sites at Slievemore, including the world-famous Deserted Village. On Wednesday morning work began on site with most of the remainder of the week taken up with removal of the overburden from Quadrant 2 and the southern half of Quadrant 3.  By Friday afternoon we were ready to begin cleaning down to the top of the pre peat levels. As this process will not be completed until the end of the second week it would perhaps be unwise to make too many premature statements about what is happening in the new trenches. However it does seem that the stone mound in Quadrant 2 is at least as sizable as it was in Quadrant 1, and possibly it may be in slightly better condition. Removal of the turf in the area of the two upright stones that are thought to be part of the porch of the entrance to the circular building uncovered a sil stone running horizontally between the two stones. This essentially proves that the gap between two stone uprights defines an entrance way. This sil stone had been noted by de Valéra and Ó Nualláin in 1950 (reference) but it certainly had not been visible recently, so it was particularly pleasing to see it emerge.

Quadrant 3 also provided a couple of pleasant surprises. The wall of the circular building clearly survived in better condition than it had in the adjacent part of Quadrant 1, and seems to consist of a lot more stone work than we had perhaps been expecting based on the earlier part of the excavation. Even more exciting, the continuation of this stone-work of the mound from the south of the site was in fantastic condition and seems to consist of a large double skinned wall with a soil infill between the wall faces. The wall seems to extend right across Quadrant 3 and continue to the north of the area designated for excavation. This is genuinely thrilling as this mound feature, which was originally thought to be a circular mound in the centre of the site, is looking like it may have been just the southern side of a much larger circular enclosure with an external diameter in excess of 10m. The circular building, which we assumed to be centrally placed,  can now be seen to have actually been built against or over the top of the southern side of this larger feature. This discovery also means that the pits and burnt spread that were encountered in Quadrant 4 which had previously been thought to be related to the entrance to the circular building may actually be central features within this larger enclosure. Hopefully by the end of next week the first phase of cleaning will have been completed and we will have had a chance to take a really good look at this enclosure and no doubt this will have further implications on the way we interpret the site.