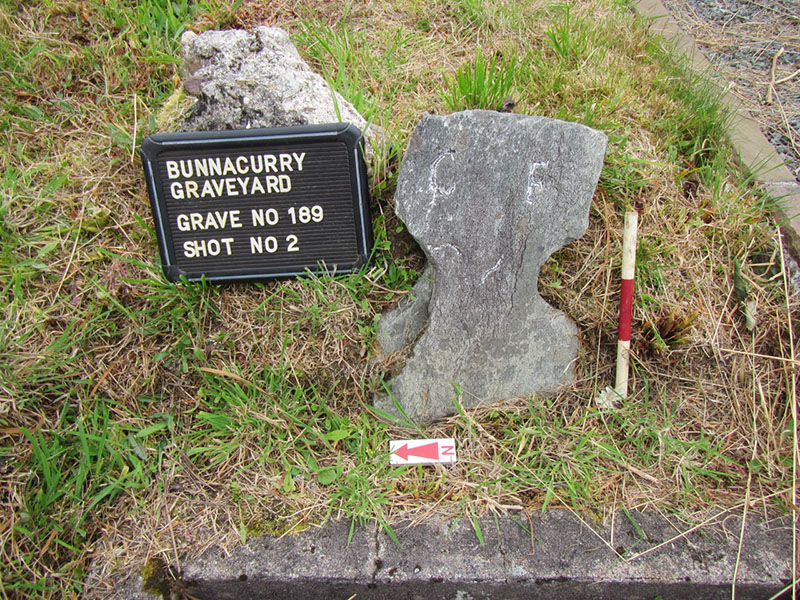 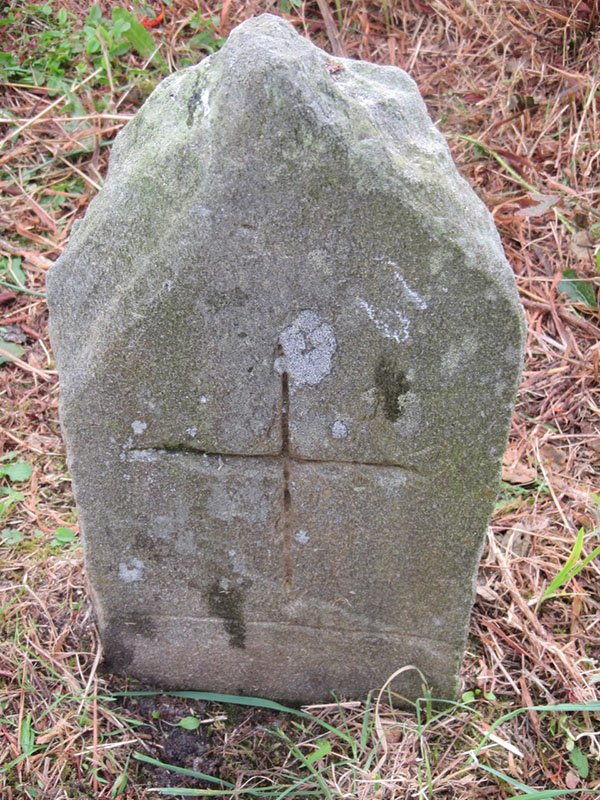 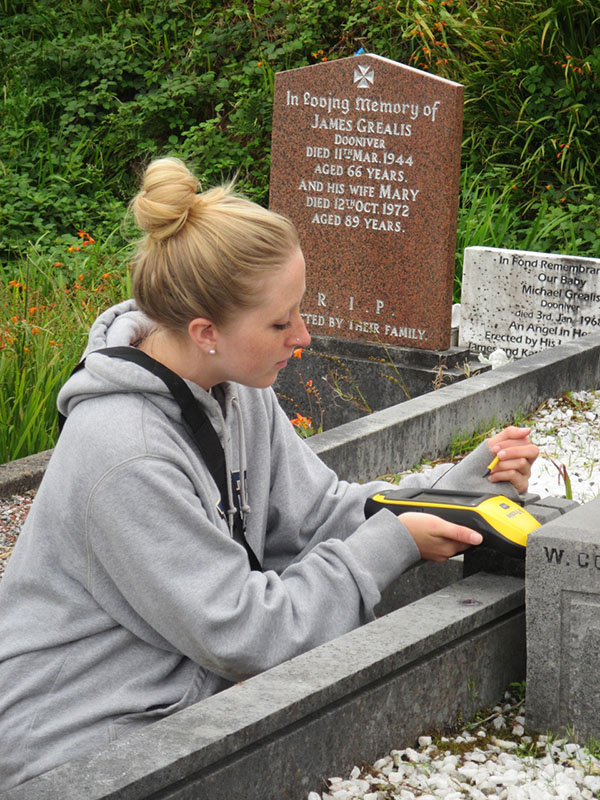 The final week of field work for 2014 involved something a little different. The second week of our two week courses is based around field surveying techniques. Typically this involves recording a group of building of one sort or another using a variety of different methods and equipment. This year we decided to offer our assistance to the Achill Historical and Archaeological Society who wished to record an out-of-use graveyard near to the village of Bunnacurry, close to the geographical centre of the island. Achill Archaeological Field School were involved in a similar project at the Slievemore Graveyard about a decade ago, and it is hoped that over the next few years the AHAS will be successfully apply for a series of small grants which will allow all of the extant graveyards on the island to be fully recorded. This work will provide a really important data set that should shed life on all manner of aspects of late 19th and early to mid-20th century island life.

Arriving at the graveyard on Monday morning we split into a small group to work on the GPS survey and a larger group to record the graves. The GPS survey would provide the framework to support the rest of the data, and mapping proceeded quickly, although tree coverage at the far west of the graveyard proved to be too dense for the satellite signal so that small portion had to be recorded later on using the EDM. Once the students had become proficient with the GPS units they rotated with students doing the grave survey, so by the end of the second day everyone had learned how to work with the GPS units and the procedures for recording graves. The individual graves were recorded through a series of photographs that showed the inscription on the grave stone, the design of the overall grave and the siting of the grave in relation to adjacent graves. A detailed written account of each grave was also undertaken using a custom recording sheet. This included transcribing the main inscription, noting the construction details of the grave, the name of the masons, and any decorative designs that had been used. A sketch of the grave stone offered the students a chance to show off their artistic skills, and some of the students really did impress with beautiful renditions of the more decorative graves. Work continued in the same vein on Tuesday and Wednesday with around one third of the graves recorded. On Thursday students , accompanied by staff went on a tour around the island in order to get an overview of the archaeology and history of Achill, including the settlement of the Achill Mission in Dugort, the submerged forest and peat-beds at Dugort Strand, the old train station and warehouse complex at Achill Sound, the churchyard and tower house castle at Kildavnet, followed by a drive around the Atlantic Drive to see Achillbeg and the promontory forts along the southern coast of the island. On Friday we returned to the graveyard to complete the digital recording of the western two thirds of the graveyard, and once that was completed we spent the afternoon exploring the wonderful archaeology in Keem at the far western end of the island (see week 3) to round off what had been a most productive week. Achill Historical and Archaeological Society will complete the remaining surveying work at the graveyard and have expressed their gratitude to the students for all the hard work they put in during the week.

Graveyards are an important repository of historical information. The data recorded this week is already showing some interesting patterns. Even though Achill is a small island the local families are often tied very much to a particular area. We were therefore surprised to see so many different villages on the island were represented in the cemetery. At least eight different villages are listed, which may reflect the central location of Bunnacurry. It will be really interesting to compare this distribution with the other graveyards on the island to see if this diversity is reflected elsewhere.

One of the most interesting graves recorded this week was the grave of Michael Gannon, who was born in Dooniver in Achill but who was a resident of Cleveland, Ohio, a city in the USA which was one of the main destinations for émigrés from Achill. Michael Gannon’s gravestone listed him as a corporal in the 15th Field Artillery Battalion, 2nd Infantry Division, who died in Korea in 1951. Having recorded the grave one student, Tony Sizemore, undertook some successful research during the following evening, and discovered that Michael Gannon was one of just 28 Irish citizens killed in the Korean War, each of whom is commemorated at a memorial in Green-Wood Cemetery in New York City’s borough of Brooklyn. Tony has also suggested that the design of the grave stone is the same as those used at Arlington National Cemetery in Virginia, which is certainly something we will be following up.